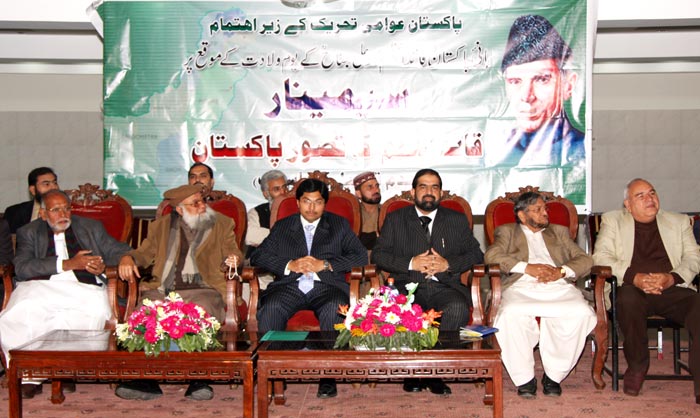 Pakistan Awami Tehreek (PAT) organized a national seminar on the subject of "Quaid-e-Azam's Pakistan---An unfulfilled Dream?" in the central secretariat in Model Town in connection with the birth anniversary of Quaid-e-Azam Muhammad Ali Jinnah. Hussain Mohi-ud-Din Qadri presided over the programme, whereas Dr Farid Paracha of Jamat-e-Islami was the guest of honour at the occasion. 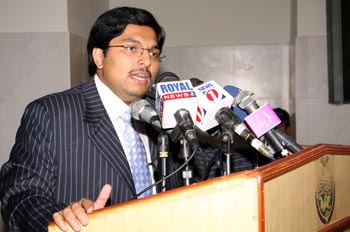 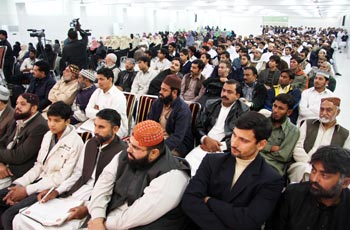 Addressing the seminar, Hussain Mohi-ud-Din Qadri said that after the demise of the Quaid, the successive rulers who ascended the throne turned their back on his dreams for the country. The Quaid-e-Azam had founded Pakistan on the golden principles of Islam. He wanted such leadership to lead the country as could put the country on the path of progress and prosperity by implementing Islam with a liberal vision. He said the rulers who succeeded the great Quaid continued dancing to the tune of their foreign masters. They invoked the slogans of Islam and democracy to hoodwink the poor people of Pakistan. Dictatorial leaders, both military and civilians, undermined the democratic base of the nascent Pakistani state with the result that the country became permanently wedded to the undemocratic forces. 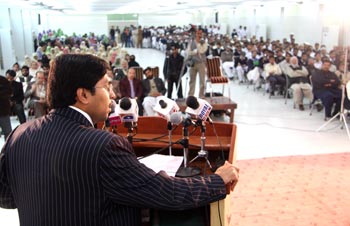 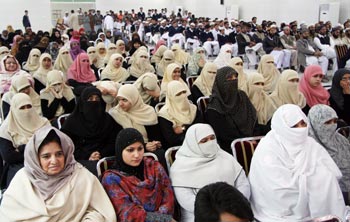 Hussain Mohi-ud-Din Qadri said personalized and factionalized nature of the Pakistani politics has exposed the system to lethal dangers. Nationalism is the biggest casualty in the process with other sub-national identities being invoked by the people. He said it was ironic and unfortunate to see Pakistan being subjected to martial laws four times contrary to the democratic credentials of its founding leader, Quaid-e-Azam Muhammad Ali Jinnah. He said Pakistan needed such leadership for getting out of economic and political woods that enjoyed the confidence of masses. 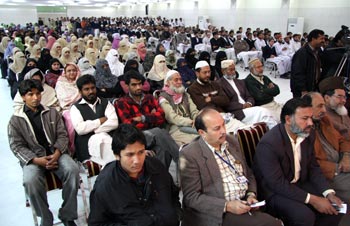 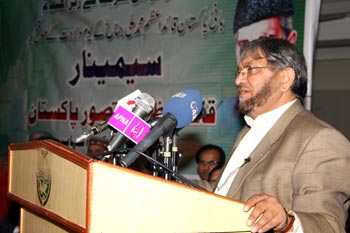 In his speech, Dr Farid Paracha said the rulers should not advocate friendship with India. It was cowardice, pure and simple which the present Pakistani leadership has shown. Geography of Pakistan was incomplete without ideology of Islam and Kashmir. We would have to make individual and collective efforts to convert this country into the Quaid-e-Azam's Pakistan. 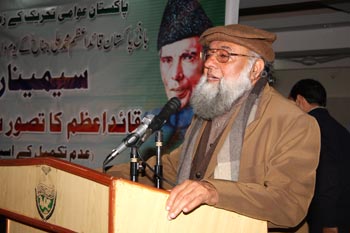 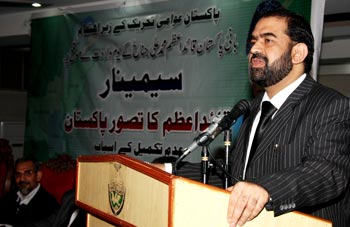 Secretary General of Minhaj-ul-Quran International, Dr Raheeq Ahmad Abbasi, regretted the fact that today's Pakistan was neither democratic, nor Islamic, nor sovereign nor independent. Incompetent and selfish rulers debunked the idea and state of Pakistan. The future of Pakistan has been held hostage to the foreign powers. The crisis of leadership was the real problem Pakistan was facing. 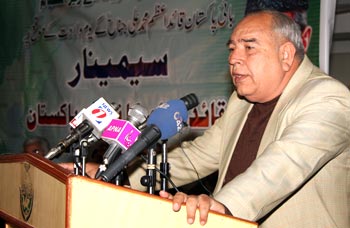 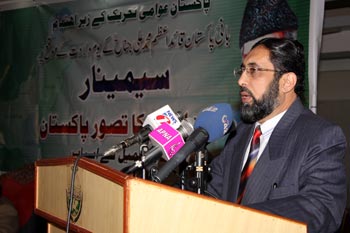 President of Pakistan Awami Tehreek, Faiz-ur-Rahman Durrani, said the basis of Pakistan's ideology was the ideology of universe. Deviation from the golden principles of Islam was the cause of our downfall. We needed to seek collective forgiveness from Allah to set the country back on rails. PAT's Secretary General Anwar Akhtar Advocate said the corrupt system was a major hindrance in the way of emergence of real leadership. 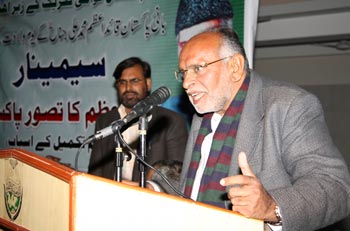 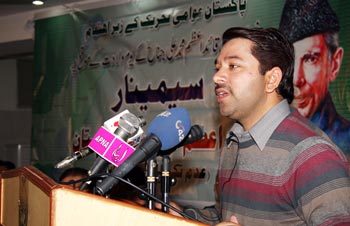 PML-N's leader, Malik Muhammad Afzal Khokar, said in his talk that 25th of December was a day for revival of allegiance with the country. Every citizen would have to vow to shun off slavery of the foreign forces. The leader of Tehreek-e-Insaaf, Admiral (r ) Javed, said that four dictators have disgraced this land, thereby frustrating the dream of the Quaid. The people should elect a leadership from among themselves for the survival of democracy.

President of Shiite Political Party, Noubahar Shah, said the aggressors would be given tit for tat if they dared cast their evil eye on Pakistan. 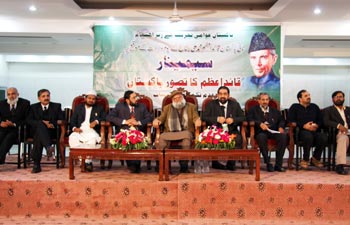 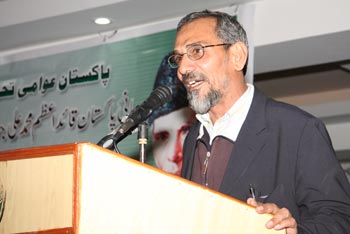 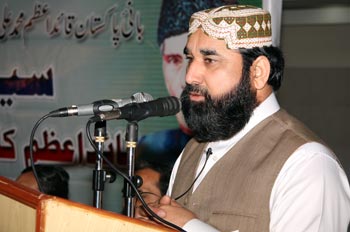 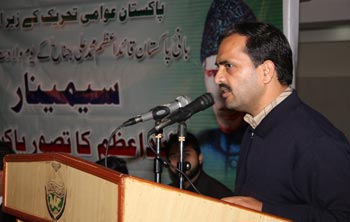 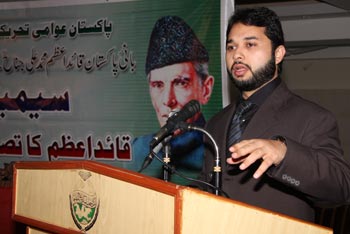 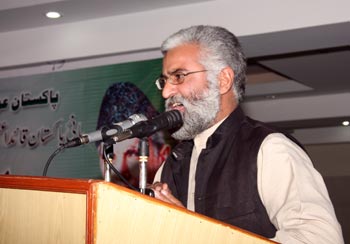 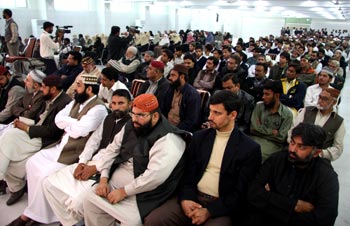