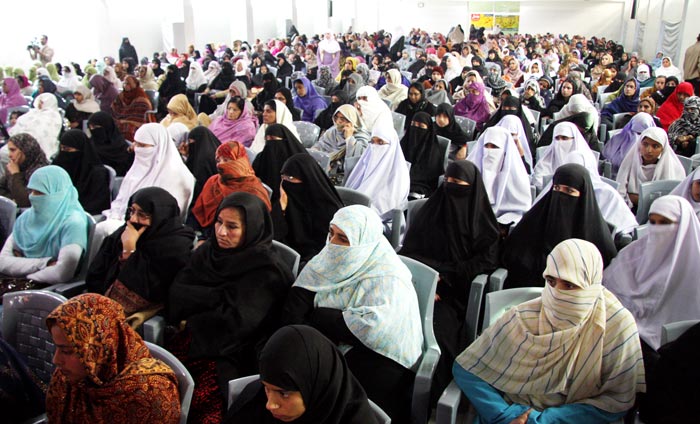 The formal proceedings of the Workers Convention got underway with recitation from the Holy Quran followed by Naat.

In her welcome address, Ms Fatima Mash`hadi said that women played the most fundamental role in the development and progress of every state and society and without their active role, a society cannot realize its goals. At a time when the entire Muslim Umma was mired in the abyss of decline, a heavy responsibility rested on the shoulders of a Muslim woman to impart good training to her children so that they could make an ideal society built up on the values and principles espoused by Islam. "Only such a generation brought up along the lines of Islamic teachings could contribute towards revival of Islam in all spheres of life," he added. 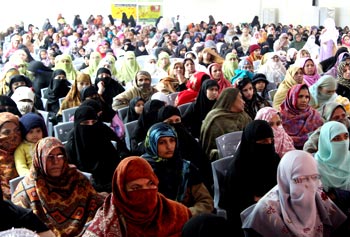 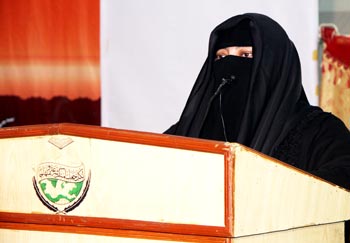 She said that it was with this background in view that Shaykh-ul-Islam Dr Muhammad Tahir-ul-Qadri established Minhaj-ul-Quran Women League in 1988 to provide a collective platform for realization of the above-mentioned goals. "The Organization is well on its way under the dynamic and determined leadership of Shaykh-ul-Islam," she concluded. 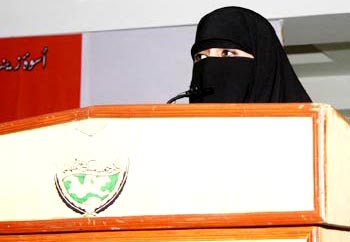 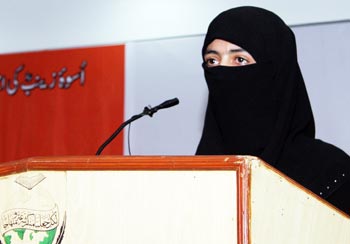 In her speech on the occasion, Ms Sumaira Rafaqat Advocate said that Islam not only acknowledged political, religious, social, constitutional, legal and administrative rights of women but also provided constitutional mechanisms to protect them. She said that workers of MWL would have to vow on the occasion of its foundational day to accelerate their efforts and play active role for achieving their objectives. 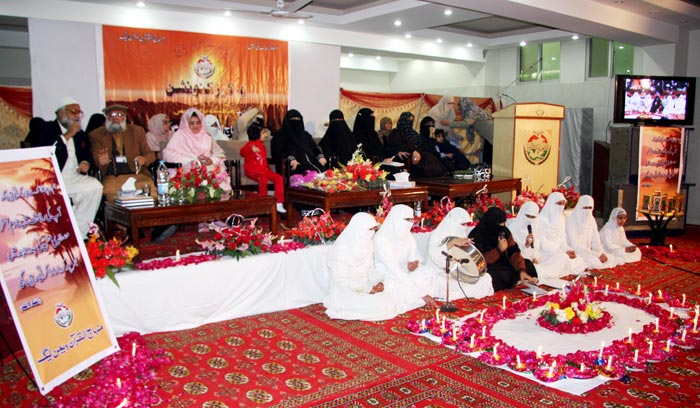 Shaykh-ul-Islam Dr Muhammad Tahir-ul-Qadri delivered a special telephonic talk from Canada and congratulated all women, workers and associates of MWL on the completion of 22 years. He said that the struggle of our women, sisters, daughters and mothers, who stepped out of their homes for such a worthy cause, was nothing short of a Jihad. He said that the role of Minhaj-ul-Quran Women League was quite critical in highlighting the real teachings of Islam in the contemporary age. Invoking actions of a few misguided extremist elements, a few people were bent on denouncing Islam as a religion which sanctioned the muzzling of women's voice. He urged MWL to boost their efforts and project the real teachings of Islam regarding women rights. 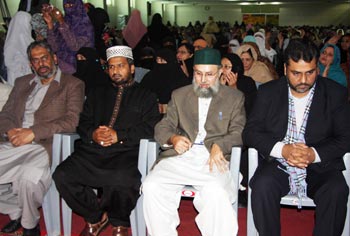 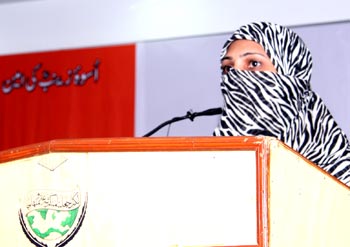 In her speech, Mohtarma Qura-tul-Ain Fatima congratulated all workers and leaders of Minhaj-ul-Quran Women League on its 22nd foundational day. She said that the very awareness to work collectively for women causes owed itself to Shaykh-ul-Islam Dr Muhammad Tahir-ul-Qadri. She said that MWL was playing its due role for elimination of negative attitudes in society and for propagation of positive values so that our succeeding generations could be inheritors of a proud legacy. She said that it was an evolutionary struggle and we needed to make our contribution in that. Mohtarma Qura-tul-Ain Fatima distributed shields and appreciation letters among the best performing workers of MWL. Later on, all workers made a collective vow for renewal of commitment and Ms Fatima Mash`hadi administered oath to all the workers. 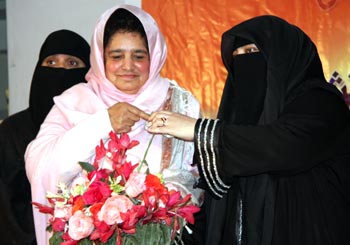 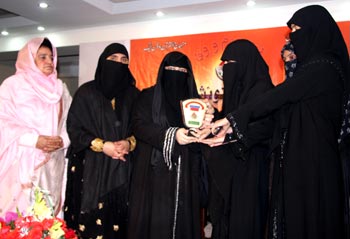 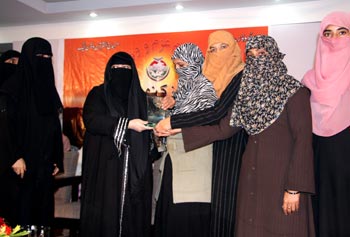 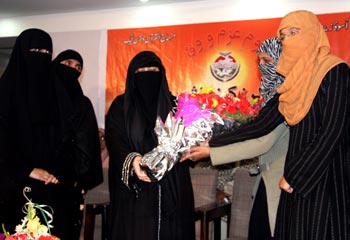 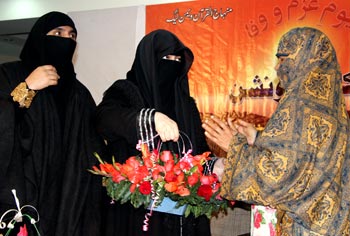 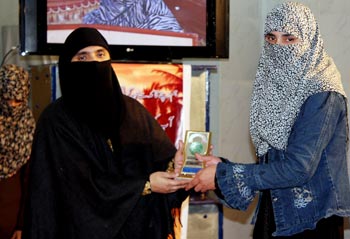 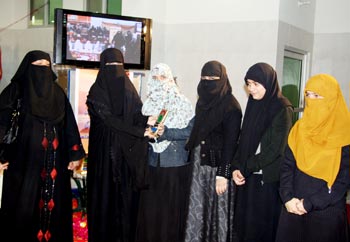 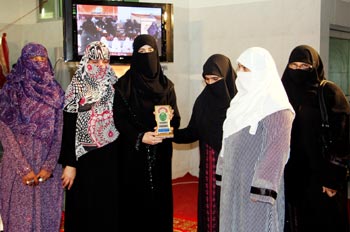 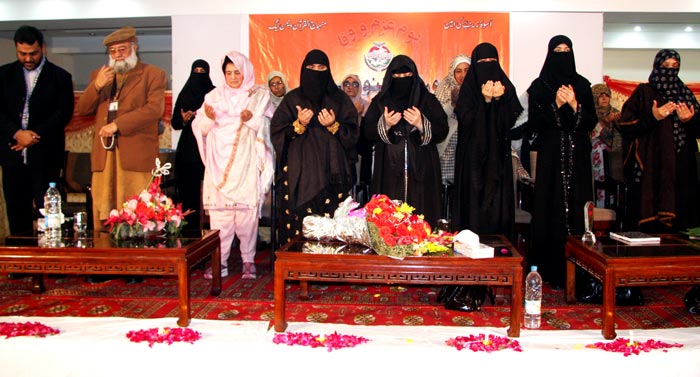 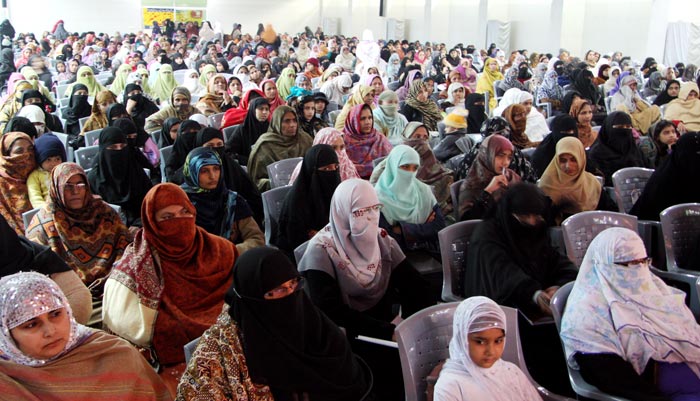