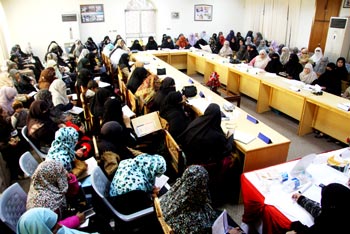 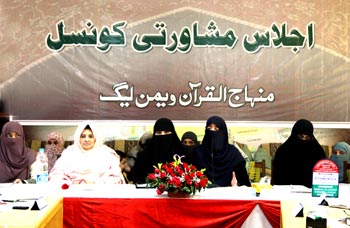 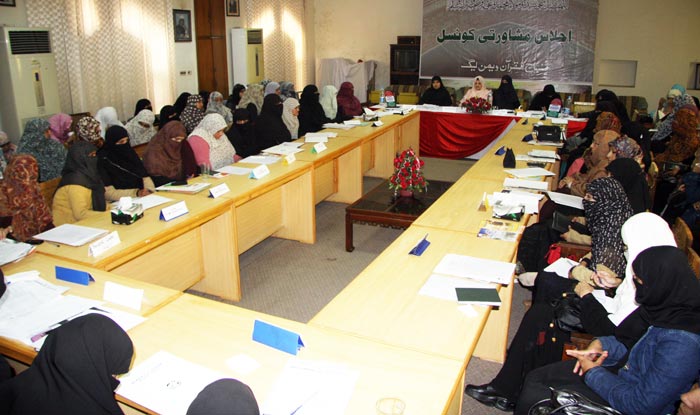 The proceedings of the meeting went underway with the recitation of the Holy Quran followed by a Nasheed. Mohtarma Fatima Mash`hadi extended warm welcome to all the participants on behalf of the central Women League and on her own behalf. Ms Sumaira Rafaqat Advocate the Secretary General MWL then opened discussion on the agenda items including major campaign launched for wabastagi, Quaid Day, Meelad Campaign, Three Day Itikaf, and miscellaneous points. All Tanzeemat actively and enthusiastically participated in the discussion on agenda and put forth their respective suggestions and viewpoints. The future working methodology was finalized in the light of these suggestions and opinions to achieve the targets. 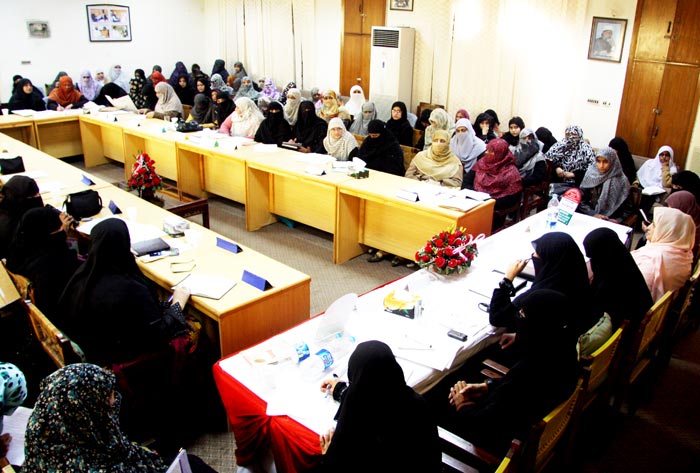 Mohtarma Sumaira Rafaqat Advocate presented the performance report and extended her felicitations to Tanzeemat. Addressing the meeting she put emphasis on portraying the image of leadership as their main tool in the planned field work. ‘We have to introduce the people to the exalted personage of Shaykh-ul-Islam’, she said with conviction. She further added, ‘We should bear such a strong and influential character and personality as no one could reject our call. It will be easy to attain to our goal by making influential people join us.’ 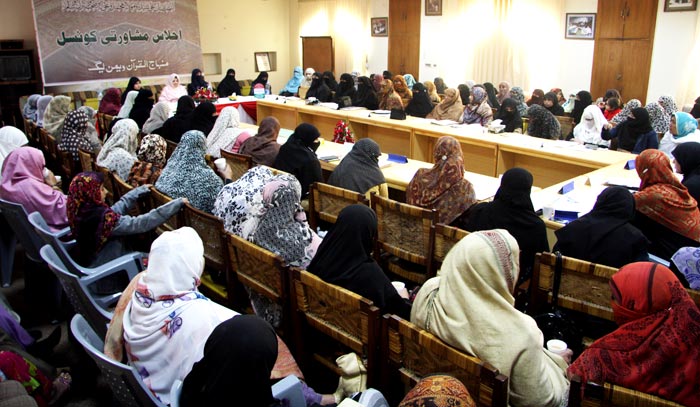 Seeing an overwhelming majority of Tanzeemat attending the Council meeting the venerable daughter of Shaykh-ul-Islam Mohtarma Qura’at-ul-Ain Fatima especially joined the meeting on the fervent invitation extended by President WL. While addressing the meeting Mohtarma Qura’at-ul-Ain Fatima congratulated the participating Tanzeemat and said motivating them, ‘Seeing the mammoth gathering it seems the destination of the Prophetic Revolution is not very far. Our mission, our Quaid, our goal is one. We should continue working jointly with utmost unity and pleasant commitment. This will certainly boost the tempo.’ She emphasized that the mission needed well read and literate members. We must take the books and CDs of Shaykh-ul-Islam to the doorsteps of people. Supplicating Allah she submitted in her moving, sentiment-ridden voice that may Allah bless us tasting the fruit of the Prophetic Revolution in the companionship of our Quaid. Mohtarma Fatima Mash`hadi then administered oath of loyalty and steadfastness to the participants which charged the Tanzeemat with fresh zeal and enthusiasm. The meeting ended with special prayer by the President WL.