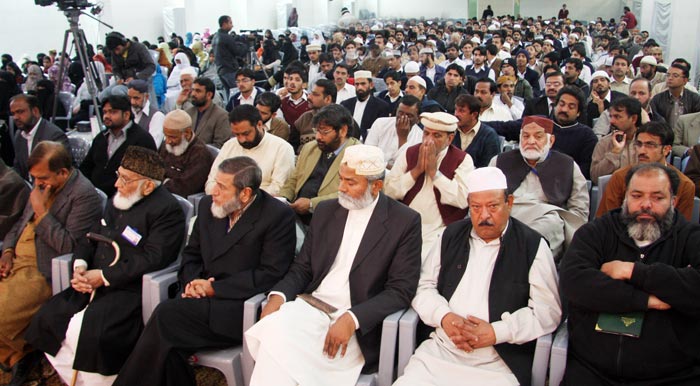 The formal proceedings of the Seminar got underway with recitation from the Holy Quran followed by Naat. In his presidential speech, Sahibzada Hassan Mohi-ud-Din Qadri said that Islam is a religion of peace, security and harmony. It is not in need of any individual or personality. Rather, we, the Muslims, need Islam. It is the great blessing of Allah that He chooses people for the service of His Religion. Only the selected people are rendering their services for the promotion and projection of faith in the world.

He said that people draw blessings and mercy from Allah and His Prophet (saw) and then distribute these blessings among humanity. Shaykh-ul-Islam Dr Muhammad Tahir-ul-Qadri is doling out the same blessings in the world. He stressed the fact that it is not merely the message of Shaykh-ul-Islam Dr Muhammad Tahir-ul-Qadri but also the message of MQI that Islam is a religion of peace, harmony and human development. It is the message for whose projection MQI is working tirelessly day in and day out under the dynamic leadership of Shaykh-ul-Islam Dr Muhammad Tahir-ul-Qadri in more than 90 countries of the world. He said that MQI would welcome everyone who would join hands with it for the promotion of the said message in the world. Terrorists are hatching a heinous conspiracy, and as a result of their misguided actions, people in the West are branding Islam and terrorism together. Shaykh-ul-Islam and MQI are busy foiling the conspiracy against Islam through promotion of knowledge, peace and dialogue. 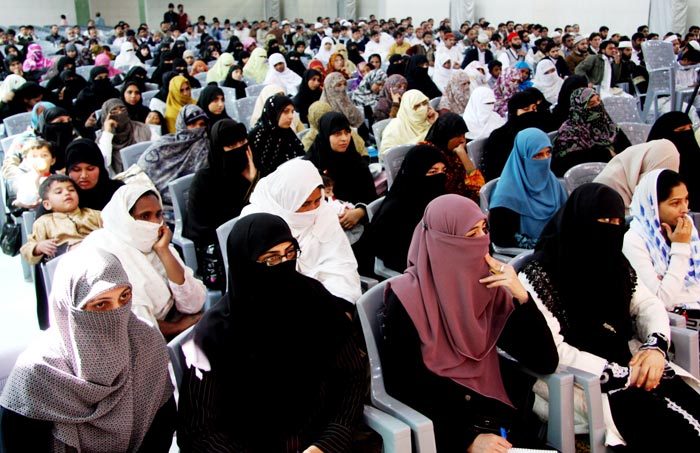 Addressing the seminar, Orya Maqbool Jan, renowned intellectual, journalist and senior bureaucrat, said in his speech that the love of the Holy Prophet (saw) is the real asset of a believer and the message of this love is peace, harmony and safety. He said that the Holy Prophet (saw) is the Prophet of mercy for the entire mankind and therefore, his religion is also the guarantor of peace, harmony and security in the world. He said that those are the privileged people in the world today who live their lives in dedication to the love for the Holy Prophet (saw). It is easy to start love but difficult to sustain it. The message of Minhaj-ul-Quran International and Dr Muhammad Tahir-ul-Qadri to their followers and general Muslims is to dedicate themselves to the love of the Holy Prophet (saw). This message of peace, love and welfare of humanity is being spread to every nook and corner of the world and it is a great honour to say something in the honour of Dr Muhammad Tahir-ul-Qadri. 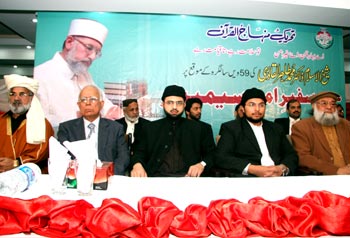 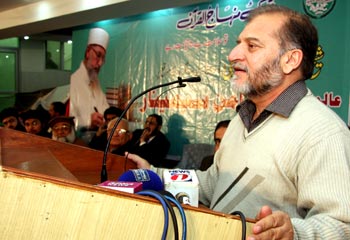 Prof Khairat Ibne Rasa, former vice chancellor of Punjab University and renowned academician, said in his speech that Islam is a religion of peace and MQI under Shaykh-ul-Islam Dr Muhammad Tahir-ul-Qadri is busy spreading the same message in the world with utmost dedication and commitment. He said that the message of birthday of Shaykh-ul-Islam is that it is only through soft power of Islam i.e. peace, knowledge and love that durable peace can be established in the world and all conspiracies being hatched against Islam can be foiled. He said that Dr Muhammad Tahir-ul-Qadri is waging a sustained struggle against sectarianism. 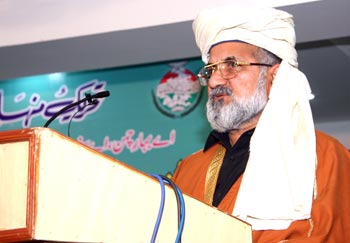 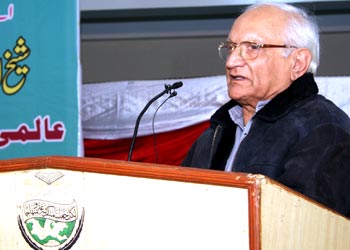 Prof Ashok Kumar Khattri, in-charge of Sindhi language in the Punjab University, said in his speech that every religion respects and accords sanctity to human blood. Dr Muhammad Tahir-ul-Qadri is an Ambassador of Peace who is imparting much needed lesson of education, training, peace, harmony, interfaith dialogue and human welfare to the mankind without any discrimination of religion, caste, colour and creed. His efforts have strengthened Islam and clarified its real teachings to the Western world vis-à-vis local and international conspiracies. Such people are the crown of the creations and we need to have them amongst ourselves for our better tomorrow. 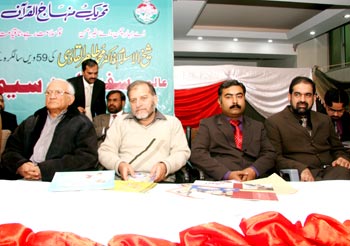 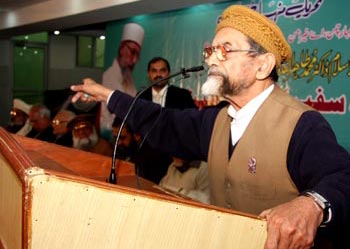 Afzal Hayat, former Chief Minister of Punjab, said in his speech that Shaykh-ul-Islam Dr Muhammad Tahir-ul-Qadri is serving Islam in an age permeated with mischief, intellectual chaos and cultural and civilizational offensive against Islam. Only a man of the highest intellectual and spiritual standing gifted with qualities of head and heart is qualified to do so which Dr Muhammad Tahir-ul-Qadri no doubt is.

Dr Raheeq Ahmad Abbasi, Secretary General of MQI, said that Islam is a religion of peace but contrary to its teachings, the Muslims are being maligned throughout the world through the bracketing of Islam with terrorism. This is the conspiracy, which has led to Crusades in the past. The Muslims need to act decisively against the terrorists and terrorism instead of being lured into it. Shaykh-ul-Islam Dr Muhammad Tahir-ul-Qadri has condemned terrorism and its manifestations at every level on the platform of Minhaj-ul-Quran International. His Fatwa (religious edict) consisting of over 600 pages has got published in Urdu language and it is likely to see light of the day soon in English and other languages of the world. He said that the views of intellectuals expressed on the occasion indicated that Islam has nothing to do with terrorism and terrorists. 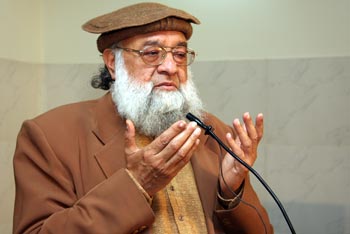 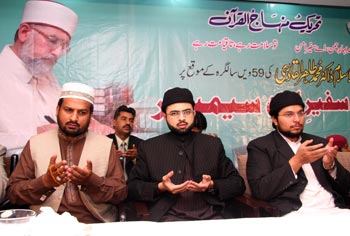 Sahibzada Faiz-ur-Rehman Durrani, Allama Ali Ghazanfer Kararvi and Pir Nazim Hussain Shah also spoke on the occasion. They paid tribute to the services of Shaykh-ul-Islam Dr Muhammad Tahir-ul-Qadri in multiple fields and expressed the need to join him for the promotion of peace, interfaith dialogue and harmony in the world.

The seminar ended with Dua. 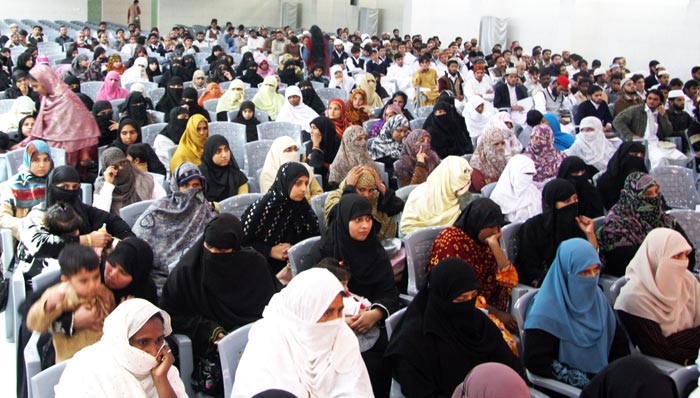