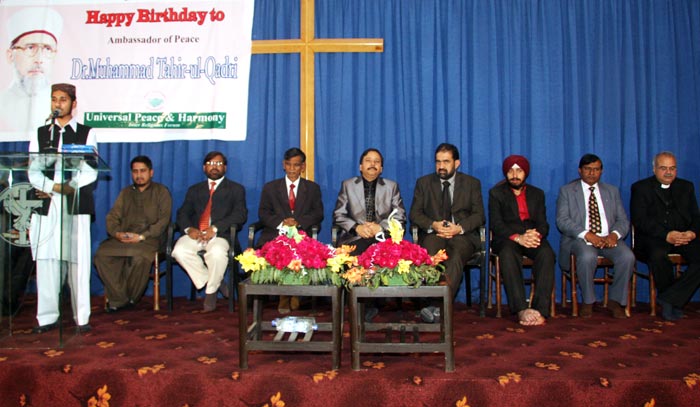 The 59th birthday of Shaykh-ul-Islam Dr Muhammad Tahir-ul-Qadri was celebrated across the world including Pakistan with traditional fervour and utmost reverence on February 19, 2010. In addition to workers and associates of Minhaj-ul-Quran International, the members of Christian community also organized a birthday ceremony of Dr Muhammad Tahir-ul-Qadri as a mark of tribute for his services rendered for the promotion of peace, interfaith dialogue, protection of minorities’ rights and harmony. Forum on Universal Peace & Inter-religious Harmony organized an international Peace Seminar on February 20, 2010 in a Kot Lakhpat Nem Soul Presbyterian Church, Lahore. 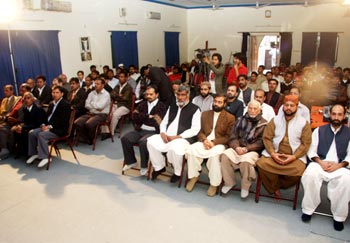 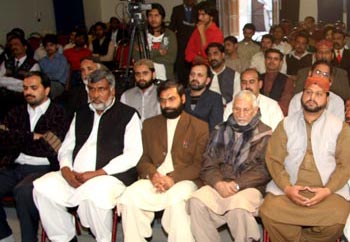 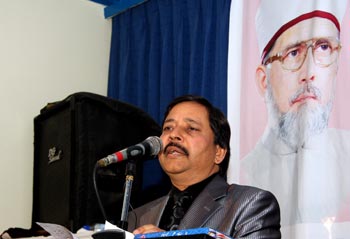 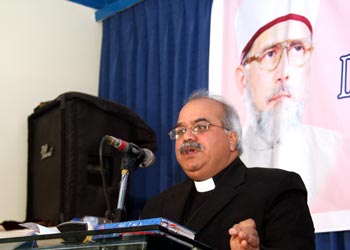 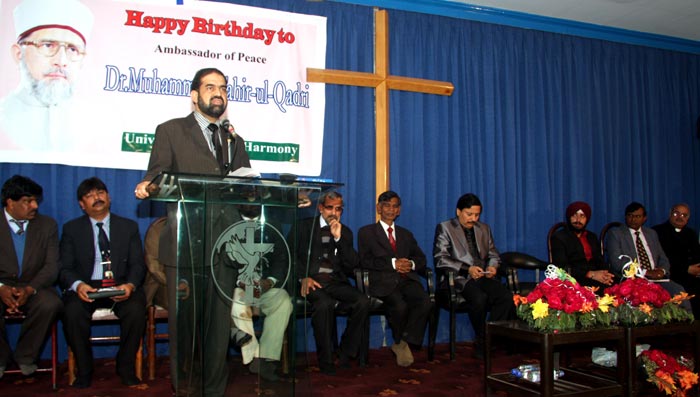 Dr Raheeq Ahmad Abbasi, Secretary General of MQI, said in his speech that it was unfortunate that both Islam and terrorism were being grouped together. Shaykh-ul-Islam Muhammad Tahir-ul-Qadri is trying his level best to de-hyphenate this relationship through the projection of real teachings of Islam, promoting interfaith dialogue and exposing terrorists and extremists. He said that the tribute paid to Shaykh-ul-Islam by the Christian community is a proof of the fact that his life is dedicated to the promotion of peace, harmony and love in the world, which is otherwise strained by hatred and religious bias. 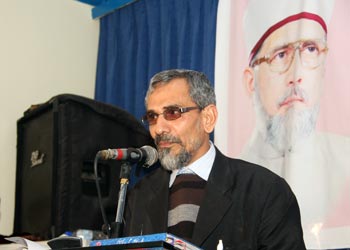 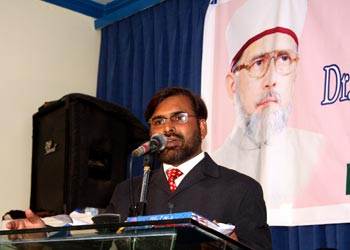 Sohail Ahmad Raza said in his comments that there is a need to move ahead by eliminating extremism and terrorism from amongst ourselves. Shaykh-ul-Islam Dr Muhammad Tahir-ul-Qadri has taken up the challenge of purging the message of Islam of the accusations of terrorism and militancy. We need to strengthen his efforts to make our world peaceful and harmonious. 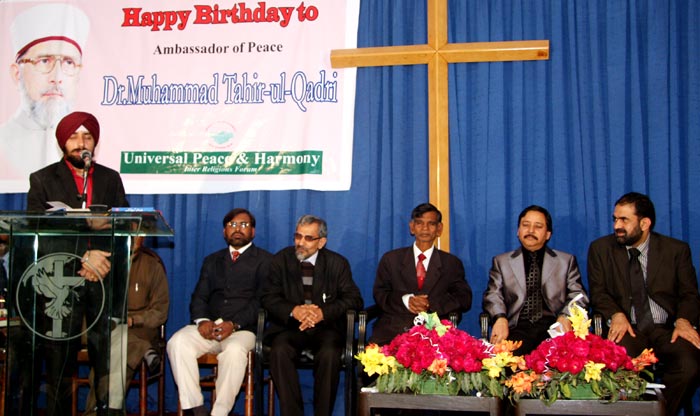 Sikh leader Sardar Rawender Singh said in his brief speech that the Sikhism also believed in peace, love and tolerance among different religions in the world. The Sikh leaders and preachers have communicated the same message through their efforts. He said that he was happy to know that Dr Muhammad Tahir-ul-Qadri was spreading the message of peace, and love in a world defined by unending spate of terrorism and militancy. Other religious leaders should take a leaf from the book of Dr Muhammad Tahir-ul-Qadri and promote positive and constructive attitudes in society. 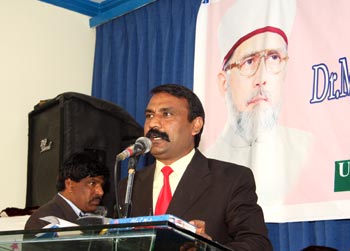 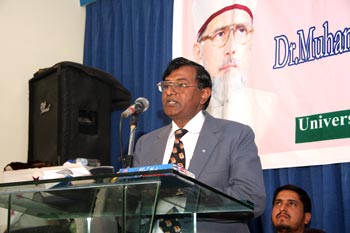 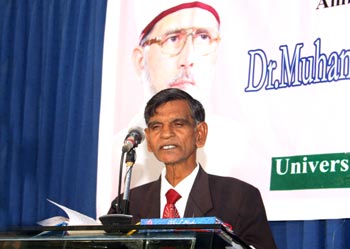 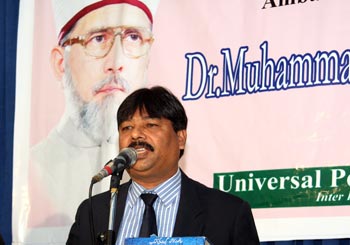 Bishop Akbar Khokhar said in his comments that there is no parallel to the love and respect which Dr Muhammad Tahir-ul-Qadri has given to minorities in Pakistan. He has popularized the concept of rights, which Islam has endowed on the non-Muslims. That is why he is the representative of the entire humanity and ambassador of peace. He said that the Christians were extremely happy on the birthday of Dr Muhammad Tahir-ul-Qadri and we should vow to advance his message. 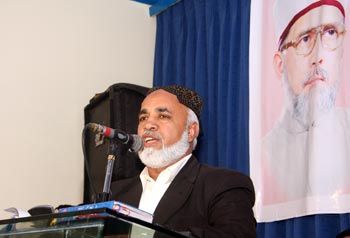 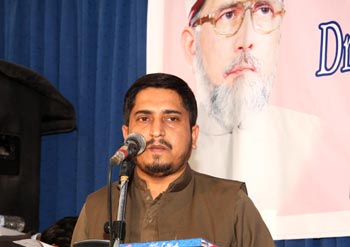 Bishop John Dumcain said that the essential message of every religion is love & peace and Muhammad Tahir-ul-Qadri has played central role in propagating this message. We would have to pull down the walls of hatred, violence, discrimination to advance this message to our succeeding generations. 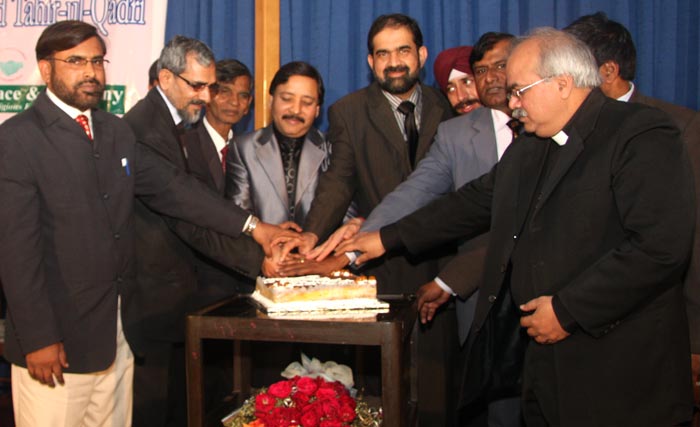 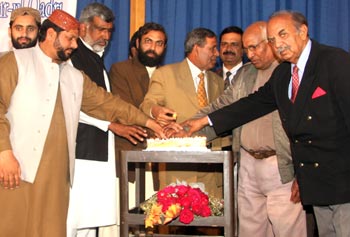 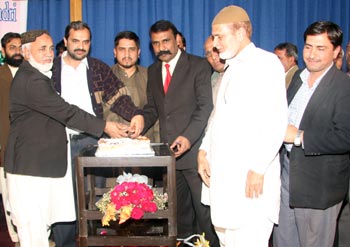 The respected guests cut the cake of the 59th birthday of Dr Muhammad Tahir-ul-Qadri. The candles of peace were also lit to express solidarity among religions. The message of peace and interfaith dialogue was also sent across through formation of human chain. Special prayers were also held for the safety, security and bright future of Pakistan. 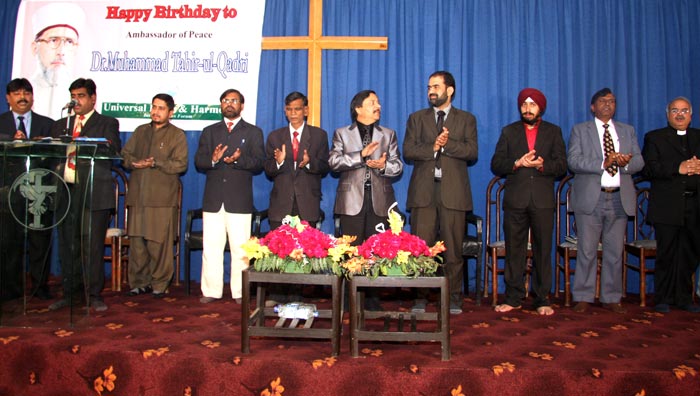 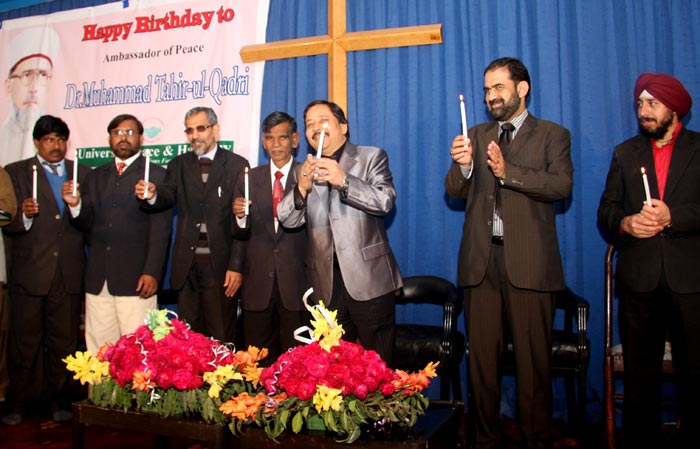 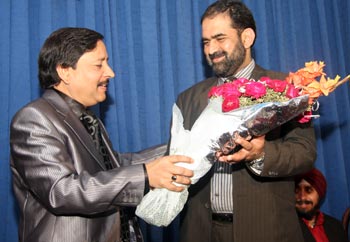 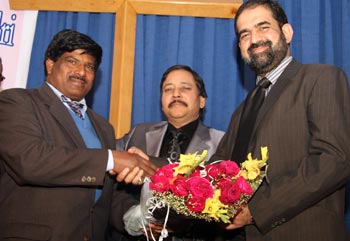