The 59th birthday of Shaykh-ul-Islam Dr Muhammad Tahir-ul-Qadri was celebrated with traditional fervour and utmost devotion and respect befitting the occasion. On February 19, 2010, birthday ceremony took place in the Minhaj University Lahore, which was jointly presided over by Sahibzada Hassan Mohi-ud-Din Qadri; president of MQI's Supreme Council and Sahibzada Hussain Mohi-ud-Din Qadri; president of Federal Council of Minhaj-ul-Quran International. 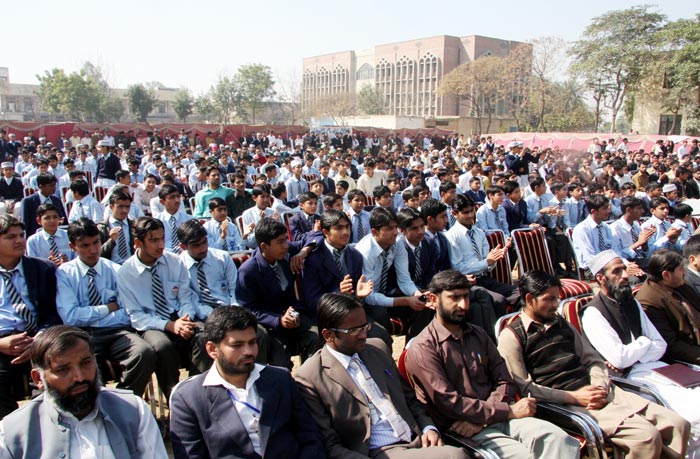 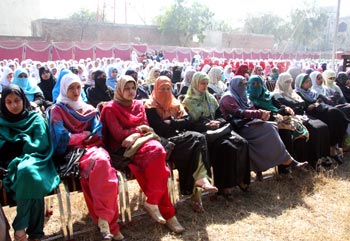 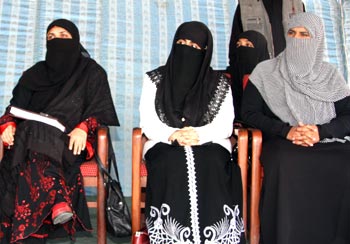 The formal proceedings of the ceremony got underway with the recitation from the Holy Quran followed by Naat. Haideri Brothers of College of Shariah presented the Tehreeki anthem. Younger children delivered speeches about Shaykh-ul-Islam Dr Muhammad Tahir-ul-Qadri. The audience gave thunderous applause to the zealous speeches of the children. Sahibzada Hassan Mohi-ud-Din Qadri gave away cash prizes to the young speakers as a mark of encouragement and appreciation. 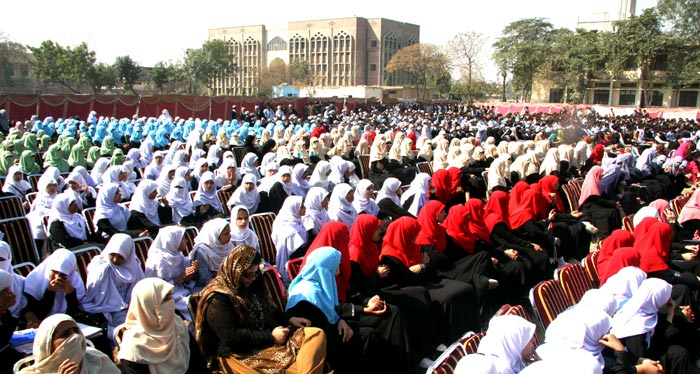 Addressing the participants of the central birthday ceremony, Sahibzada Hassan Mohi-ud-Din Qadri, president of MQI's Supreme Council said that Shaykh-ul-Islam Dr Muhammad Tahir-ul-Qadri's services for the promotion of global peace, interfaith dialogue and harmony have given him a distinguished place in the world. There is a dire need of hour that we benefit from the services of Dr Muhammad Tahir-ul-Qadri in order to promote the real message of Islam. He said that Minhaj-ul-Quran International was engaged in carrying out its struggle for the welfare of the downtrodden sections of society under the inspiring leadership of Shaykh-ul-Islam Dr Muhammad Tahir-ul-Qadri. "The February 19 is a day for the renewal of our commitment and devotion that we would achieve our destination under the able and dynamic leadership of our leader," he held. 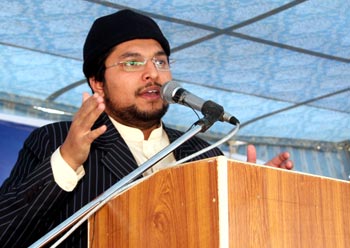 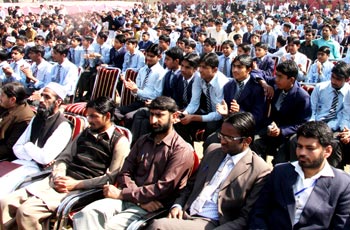 In his speech on the occasion, Hussain Mohi-ud-Din Qadri, president of Federal Council of MQI, said that February 19 was both a day of gratitude as well as serious meditation. The workers and affiliates of MQI have all the reason to be immensely pleased because this is the birthday of their beloved Quaid. At the same time, we must equally be serious about advancing the mission of peace, interfaith dialogue and harmony espoused by Shaykh-ul-Islam Dr Muhammad Tahir-ul-Qadri. He said that Shaykh-ul-Islam proved through his intellectual and practical contributions that he was the real ambassador of peace and harmony in the world. MQI as a global movement is spreading the mission of love, knowledge and peace in the world. Drawing the attention of the workers, Sahibzada Hussain Mohi-ud-Din Qadri said that we would have to make practical vow that we would make all efforts to promote this mission to make world a better place for generations to come.

He said that millions of people were benefiting from the scholarly, intellectual, social, educational and spiritual services of Dr Muhammad Tahir-ul-Qadri. The expansion of MQI's network and its widespread impact bore witness to the fact that MQI has emerged as the largest and leading movement in the Islamic world dedicated to the cause of peace, harmony and interfaith dialogue within a short span of 30 years. "The credit for these phenomenal successes goes to the person of Shaykh-ul-Islam Dr Muhammad Tahir-ul-Qadri," he held. Sahibzada Hussain Mohi-ud-Din Qadri said that millions of workers and associates of MQI pledged on February 19 that they would burn their midnight oil to realize the dream of their leader. 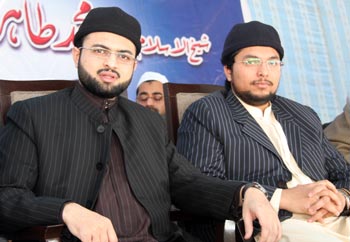 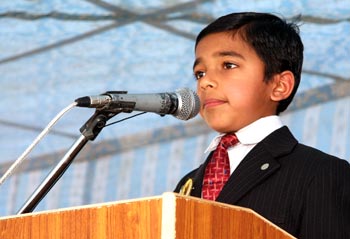 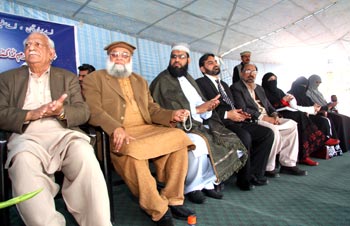 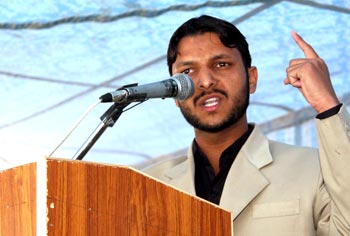 Prof Sajjad-ul-Aziz Qadri conducted the proceedings of the programme. Amir-e-Tehreek led the special prayer about long life and good health of Shaykh-ul-Islam. 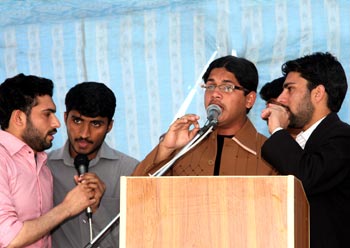 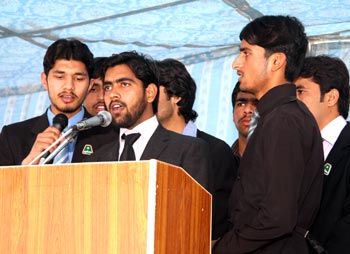 Earlier, the local chapters of Minhaj-ul-Quran International organized birthday celebrations across Pakistan and in more than 100 countries of the world including Europe, UK, Gulf States, Africa and North America in which workers and associates of MQI cut birthday cakes and felicitated each other on the auspicious occasion of birthday of Dr Muhammad Tahir-ul-Qadri. The day of February 19 started with special thanksgiving prayers. MQI and PAT workers offered voluntary prayers, gave donations, exchanged gifts and cut birthday cakes. They also exchanged greetings with one another through mobile messages and e-mails. Hundreds of workers distributed free lunch in the hospitals and jails in the country. Dozens of goats were slaughtered at the central secretariat as a mark of thanksgiving. 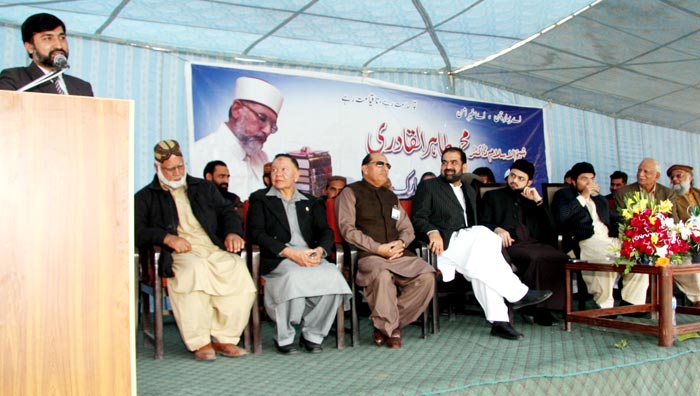 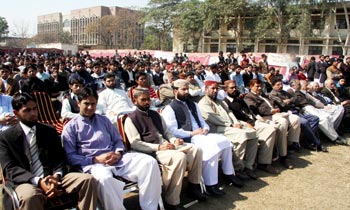 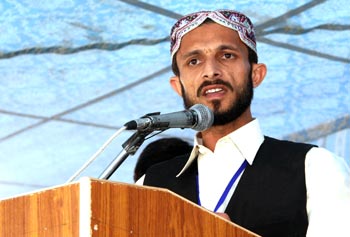 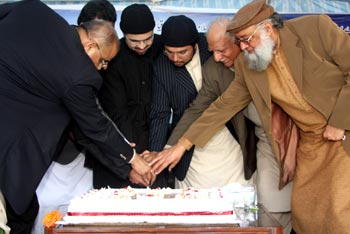 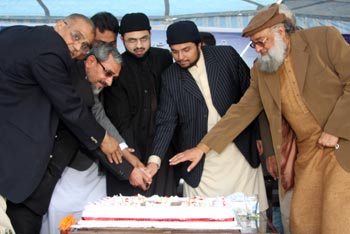 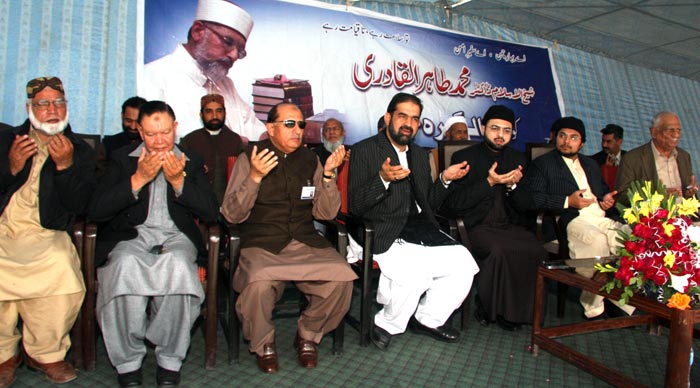 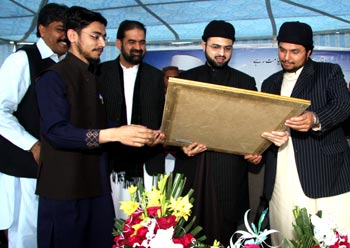 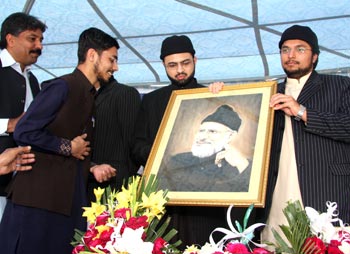 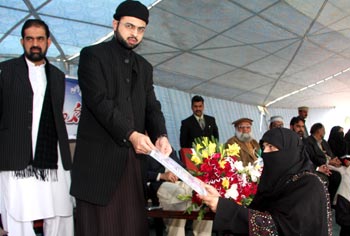 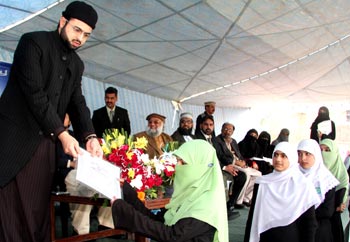