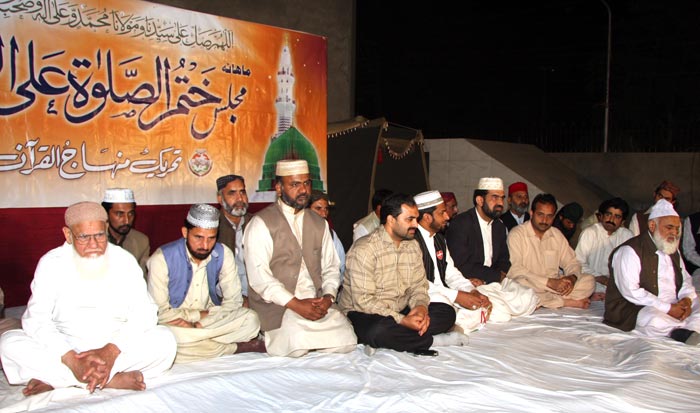 The formal proceedings started at 9 pm after Isha prayers with the recitation from the Holy Quran. Shahzad Brothers, Bilali Brothers, Shahzad Hanif Madani, Anser Ali Qadri and Minhaj Naat Council presented Naat. Muhammad Afzal Noshahi was the last of the Naat Khawan who cast magic spell on the audience through his recital of Naat in his characteristic melodious voice. He kept on reciting Naat and 'kalam' of Shaykh-ul-Islam Dr Muhammad Tahir-ul-Qadri for good 45 minutes. 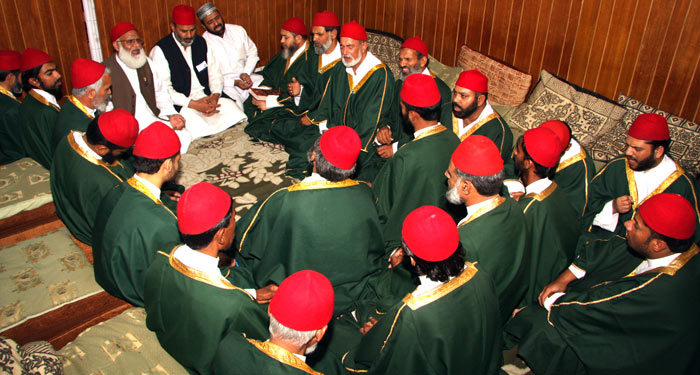 After the Naat-Khawani, Allama Muhammad Afzal Saeedi delivered a special address to the spiritual gathering. In his speech, he said that the 600-page Fatwa issued by Shaykh-ul-Islam Dr Muhammad Tahir-ul-Qadri has enhanced the status of Minhaj-ul-Quran International and brought the global focus on the essential role MQI is playing to foster peace, interfaith dialogue and harmony in the world. As a result of publication of Fatwa, the services of Shaykh-ul-Islam for promotion of peace are being eulogized in the western world. He said that Dr Muhammad Tahir-ul-Qadri is engaged in the all-important task of reviving the religion in the contemporary times in accordance with its demands. 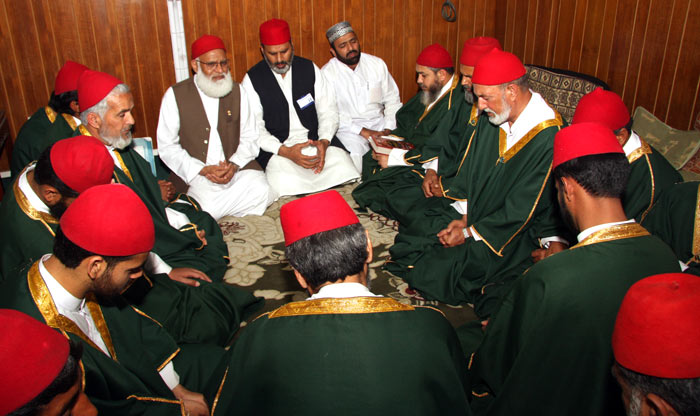 Allama Saeedi deplored the fact that innocent people are being killed in the name of Jihad. In these circumstances when teachings of our faith are being wrongly interpreted by the vested interests to suit their evil designs, Shaykh-ul-Islam Dr Muhammad Tahir-ul-Qadri's historic Fatwa constitutes scholarly attack on the misinterpretation of our great faith and knocks the bottom out of their stand. He has proved that this is the group of Khawarij, which is responsible for the mayhem and bringing Islam into disrepute. He said that we have to play our effective role to spread the peaceful message of Islam by integrating individual efforts into collective whole. 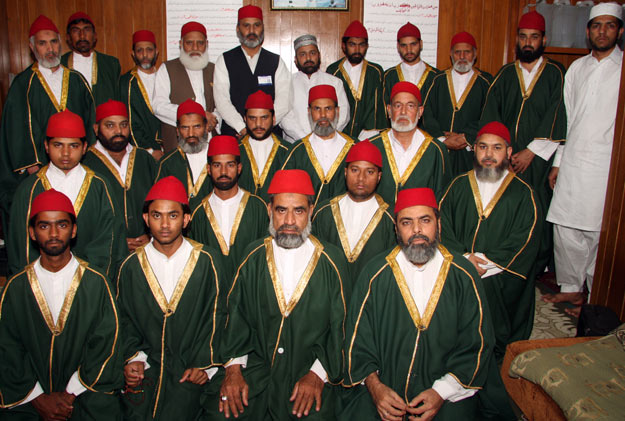 After the speech by Allama Afzal Saeedi, Allama Ahmad Nawaz Anjum presented the monthly report of the Gosh-a-Durood. He said that the number of Durood offered during the month of March was more than 53 corers while its total number has by far exceeded 13 billion mark.

Shaykh-ul-Islam Dr Muhammad Tahir-ul-Qadri could not deliver his speech to the spiritual gathering due to unavoidable reasons. Durood and salutation was offered on the Holy Prophet (saw) at the end of the programme.