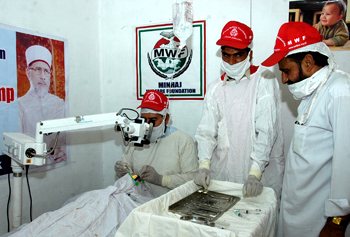 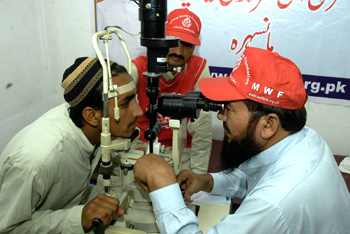 Minhaj Welfare Foundation arranged a 3-day Minhaj Free Eye Surgery Camp in Mansehra with the collaboration of Prof Ahmad Sulemani in which 662 patients were given medical treatment for free. Moreover, 38 patients, who suffered from more serious eye ailments, were recommended for operation. Out of these, 22 patients were operated upon. 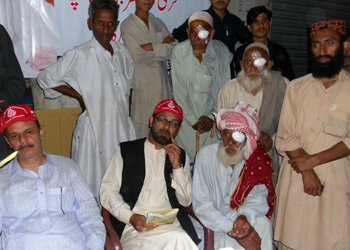 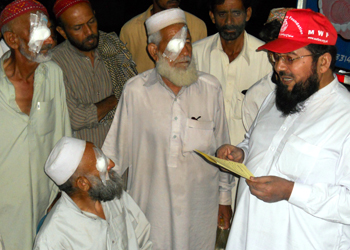 Renowned eye surgeons Dr Amanat Ali and Dr Muzzamil Hussain did the OPD and eye surgery and they were assisted by a team of 8 members in the process of medical check-up and operations. This team of experts has been holding Minhaj Free Eye Surgery Camps in District Narowal for last 13 years.

Iftikhar Shah Bokhari, Director of MWF, was the chief guest at the camp, while other guests included Shafiq-ur-Rehman Saad, Qazi Mahmood, Hafiz Abdullah and others local notables and social personalities of the area. 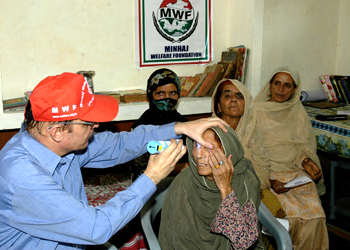 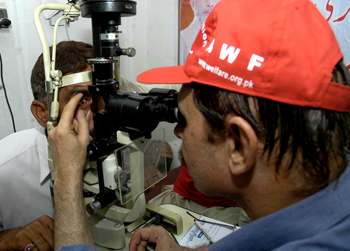 Dr Aziz-ur-Rehman, president of MWF Mansehra, was the organizer of the 3-day camp. He had undertaken an extensive publicity of the camp for 16 days. Minhaj Clinic Mansehra was made as the central camp where the patients were operated upon.

The camp started on July 7 in a local school of Mansehra. The surgeons checked up 250 patients, both male and female, and gave them free medicine. Minor surgery was conducted on 19 of them. Eye surgery camp was held from 3 pm to 8 pm on the same day at Panu Road Mansehra. 70 patients were treated in OPD, while 5 patients were recommended for surgery. 8 patients were operated upon till 10 pm. 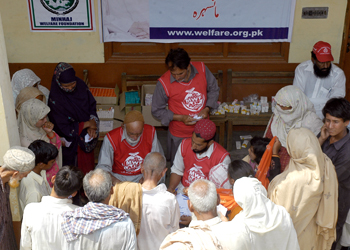 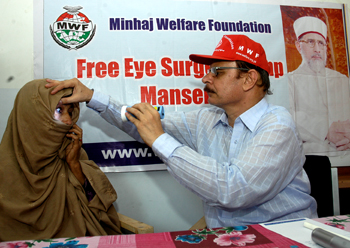 On July 8, 146 people turned up for checkup at OPD held in Dhudial, Mansehra. 9 patients were recommended for surgery. Local activities and notables visited the camp and paid tribute to Shaykh-ul-Islam Dr Muhammad Tahir-ul-Qadri for his social, welfare and welfare services. 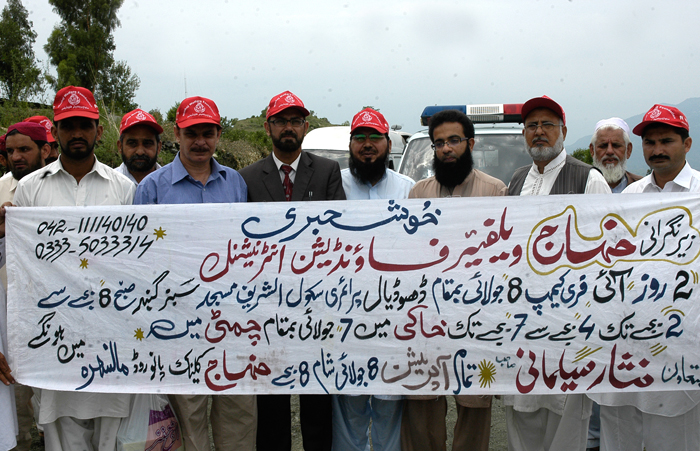 Free surgery camp was arranged in the Khaki area of Mansehra from 3 pm to 8 pm where 196 patients were treated in OPD and given medicine and eye drops. 16 patients were recommended for minor injury. Till 10 pm, 14 more patients were operated upon and thus the number of those who underwent successful eye surgery totaled 22.

On July 9, the concluding ceremony of the camp was held in which media representatives were also invited. Dr Amanat Ali gave necessary instructions to the patients. 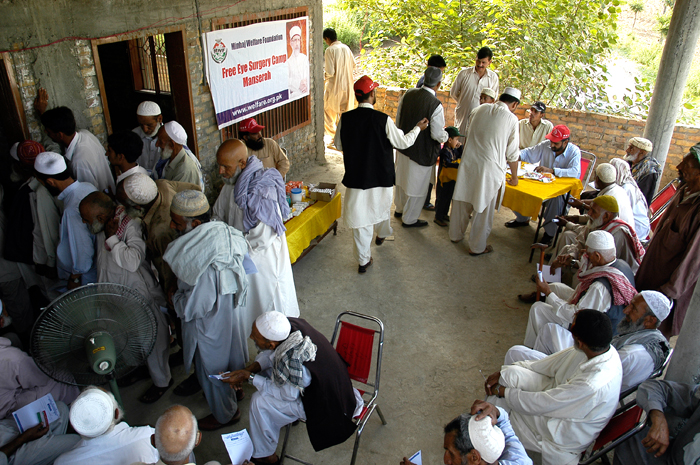 Speaking on the occasion, Iftikhar Shah Bokhari, Director of Minhaj Welfare Foundation, said that MWF is serving the suffering humanity under the leadership of Shaykh-ul-Islam Dr Muhammad Tahir-ul-Qadri. He threw light on the welfare projects under the banner of Minhaj Welfare Foundation and said that camp at Mansehra was a link of the same chain. He also thanked Prof Nisar Ahmad Usmani for his cooperation. 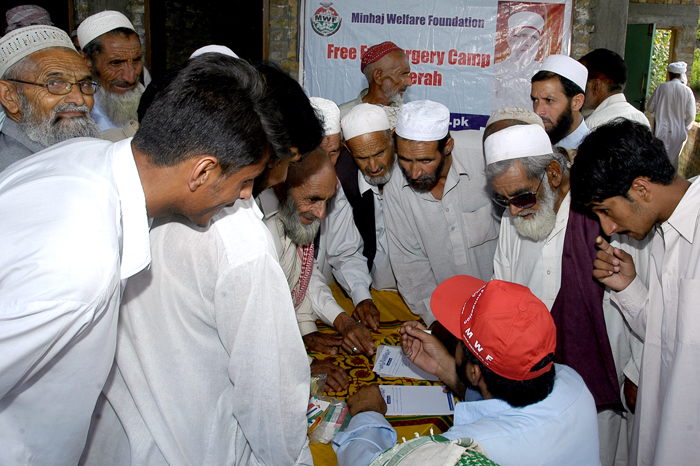 Talking to the media, some of the patients said that they were suffering from eye diseases but could not get treatment due to poverty. They thanked Minhaj Welfare Foundation for providing them with complete medical treatment including eye surgery for free. They also thanked Shaykh-ul-Islam Dr Muhammad Tahir-ul-Qadri in particular. 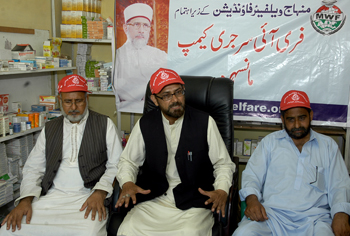 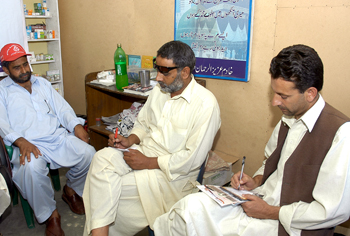