All Caravans on their way to Itikaf City

Thousands of people attend Itikaf organized under the aegis of Minhaj-ul-Quran International annually for purgation and purification of heart, understanding of religion, penitence, and personal reform. All is set for Itikaf City 2011 this year too as hundreds of Caravans of the faithful start for Township Lahore from different parts of the country to take part in the Itikaf. Splendid arrangements have been made in this regard. Dr Raheeq Ahmad Abbasi, Secretary General of MQI, and Sheikh Zahid Fayyaz, Deputy Secretary General and head of central Itikaf committee, visited the Itikaf City and reviewed the arrangements. They handed over the charge to the committees formally. 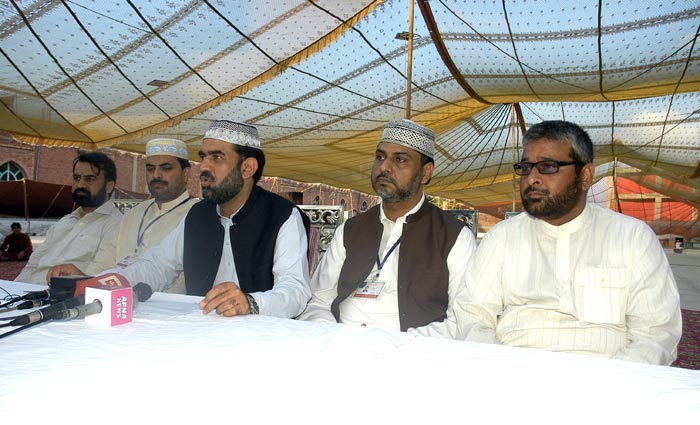 In addition to other religious rituals, the participants of the Itikaf will have a golden opportunity to listen to the spiritualizing addresses of Shaykh-ul-Islam Dr Muhammad Tahir-ul-Qadri during the ten days of Itikaf. These addresses will be broadcast live through www.minhaj.tv. The annual spiritual gathering to be held on the 27th of Ramadan will also be telecast around the world by Minhaj.tv as well as a private TV channel.

This spiritual centre of Minhaj-ul-Quran International enables the people to refresh their souls by spending dedicated time in the remembrance of their Lord. They return home blessed after ten days of Itikaf. Major chunk of the participants consists of the youth. The lectures and other activities during the ten days of Itikaf are geared towards promoting moderation, tolerance, values of peace and understanding in the society. The youth are the focus of keynote addresses of Shaykh-ul-Islam who enlightens them on the original teachings of Islam. 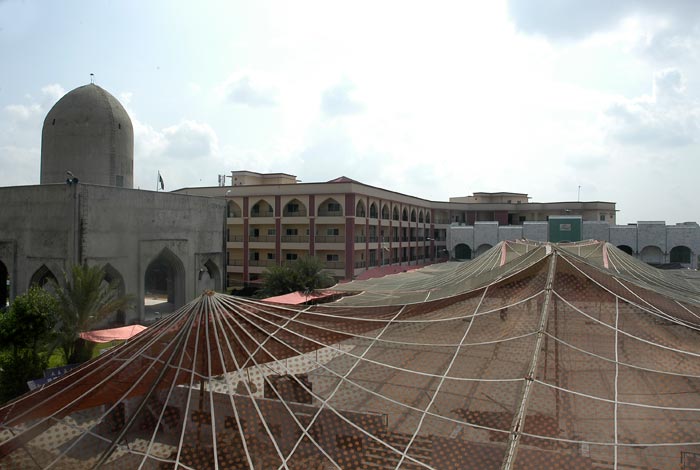 The contribution of Shaykh-ul-Islam, spread over many decades, has been a principal factor in minimizing the chances of the youths’ radicalization at the hands of extremists. The awareness about human rights is yet another aspect of Shaykh-ul-Islam’s work. During these ten days, the flood of love, respect, tolerance, harmony and endurance continues. The lessons so learnt during this training camp become part and parcel of their lives. This is the unique occasion of its kind in the history of Pakistan and a pronounced feather in the cap of MQI.

Thousands of girls and women also attend this Itikaf each year. Minhaj-ul-Quran Women League makes all arrangements in this regard. The women reside in Minhaj Girls College and are connected to the main proceedings through close circuit TV and digital screens. Minhaj-ul-Quran Women League invites renowned women activists and women rights workers to speak to hundreds of women participants.

Shaykh-ul-Islam Dr Muhammad Tahir-ul-Qadri also delivers special lectures on the women rights and makes them aware of their place in society. In order to contribute meaningfully to women empowerment under the light of Islamic teachings, he has already set up Minhaj-ul-Quran Women League, which exclusively caters to women’s wellbeing and welfare. It provides all kinds of support to women in distress besides making arrangements for their spiritual and moral training. No other religious organization has given such a representation to womenfolk in Pakistan.

It may be recalled that Itikaf City 2011 is being held after a gap of two years as Shaykh-ul-Islam Dr Muhammad Tahir-ul-Qadri cancelled Itikaf 2010 in view of heavy floods that hit all parts of Pakistan and caused a huge damage. He directed to deploy all workers of MQI and participants of the Itikaf in the flood-affected areas to help those trapped in flood-waters. He also allocated millions of rupees for the relief and rehabilitation of the flood victims. Minhaj Welfare Foundation under Shaykh-ul-Islam’s leadership made strenuous efforts in this regard.

Itikaf City is equipped with all necessary facilities to meet any emergency. Stringnet and multi-layered security arrangements have been put in place.