The 29th annual Mawlid-un-Nabi (SAW) Conference would be held at the Minar-e-Pakistan between the intervening night of the 11th and 12th of Rabi-al-Awal. People from across different sections of society and professions would attend the International Conference in their hundreds of thousands to show their love and respect for the Holy Prophet (SAW). The chief highlight of the Conference is the keynote address of Shaykh-ul-Islam Dr Muhammad Tahir-ul-Qadri.

These views were expressed by Sheikh Zahid Fayyaz, senior Deputy General of MQI, in a media briefing at the central secretariat yesterday. Rana Muhammad Idrees Qadri, Jawad Hamid and Qazi Faiz-ul-Islam were also present on the occasion. Sheikh Zahid Fayyaz said that the significant role played by Minhaj-ul-Quran International for the spread of love for the Holy Prophet (SAW) has become its identity. The work of Shaykh-ul-Islam Dr Muhammad Tahir-ul-Qadri on the subject would continue to benefit humanity for centuries to come.

Earlier on, Sheikh Zahid Fayyaz presided over a meeting of representatives of the fifty administrative committees formed for preparation of the mega event and discussed matters relating to final touches of the preparation. He gave directions in the meeting to make fool-proof security arrangements. 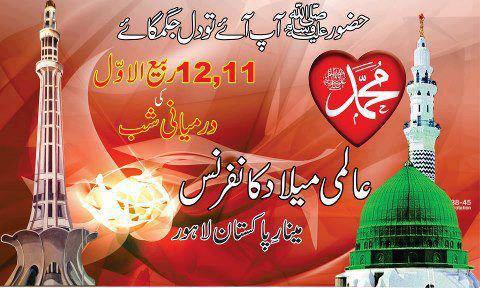