Dr Muhammad Tahir-ul-Qadri, the leader of Pakistan Awami Tehreek (PAT), has said that the hundreds of thousands of workers of PAT and the nation will stage sit-ins on the polling day to reject the exploitative, corrupt and elitist electoral system. He said that it would be the first incident in 65-year history of the country that at a time when the people would be casting their votes, the hundreds of thousands of them would register their strong disapproval and rejection of the system in a peaceful, civilized and democratic manner a hundreds of yards away from the polling stations. 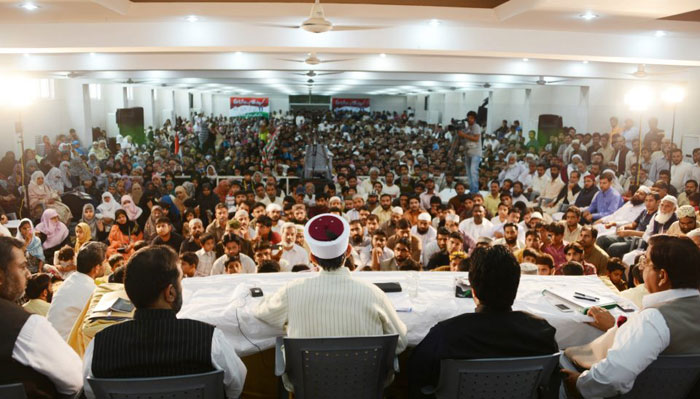 Dr Tahir-ul-Qadri said that sit-ins would be held throughout the country but added in the same breath that the participants of the sit-ins would not stop anyone from casting his/her vote. They would just get their protest registered against the incumbent system recorded. He said that the purpose of staging these sit-ins would was not to disrupt polling but to convey the nation that electoral system was at the heart of their problems and they needed to wage a sustained struggle against it to bring about comprehensive change.

Dr Muhammad Tahir-ul-Qadri made it clear that elections without fundamental and meaningful electoral reforms would be a joke and a fraud with the nation. He said that the government coming into being as a result of elections would add to further instability and chaos in the country. He said that he was saddened to see the plight and fate of this country. He further said that at times it appeared that the country was in Intense Care Unit. He said that the hung Parliament would come into being after May 11 and the nation would appreciate PAT’s decision of not contesting elections. 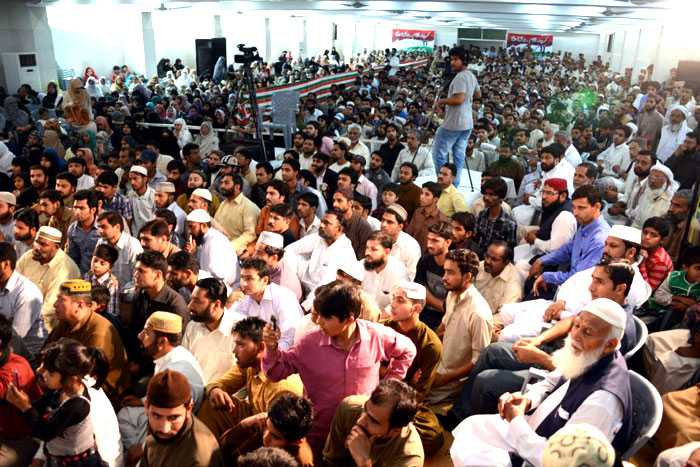 Dr Tahir-ul-Qadri said that the system based on dirty politics, corruption and stinking values was not the destination of PAT. He said that we were struggling for the sake of the poor and less advantageous sections of society and would stay the course till we achieved our purpose. He said that the workers of PAT would not be content unless they got the rights of the people resorted and saved the country from breaking down.

Dr Tahir-ul-Qadri said that voting under the present system was akin to encouraging terrorism, corruption, and oppression. He said that majority of people always rejected the system by opting not to vote in the past as well. He said that the momentous events from mammoth public meeting on December 23 to Long March and sit-in on January 14 and historic public meeting in Liaqat Bagh on March 17 in Rawalpinid proved that PAT was working on the people’s agenda. He said that if the nation rejected the incumbent system, it would become the basis for establishment of real democracy and prosperity in the country. 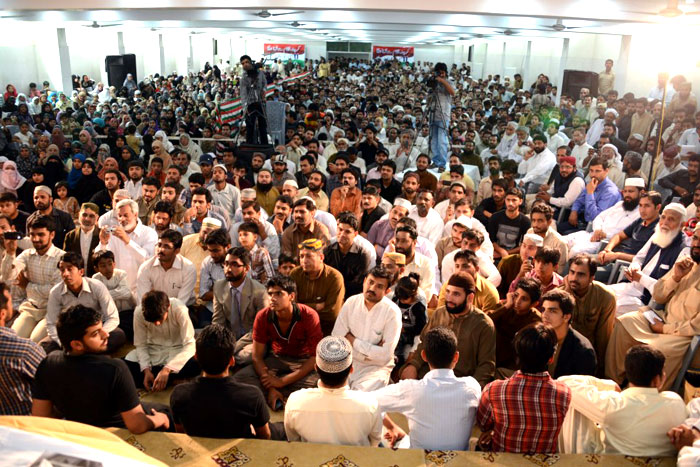 Dr Muhammad Tahir-ul-Qadri said that revolution was destined to occur and no power could stop it now as the people had increasingly become aware of their rights. He said that electoral farce to be held on May 11 would be an eye opener for the masses. He said that the system did not offer people anything except poverty, destitution, crises, unemployment, terrorism and insecurity. He said that PAT would continue to wage war for people’s rights and would not rest till their rights were restored. 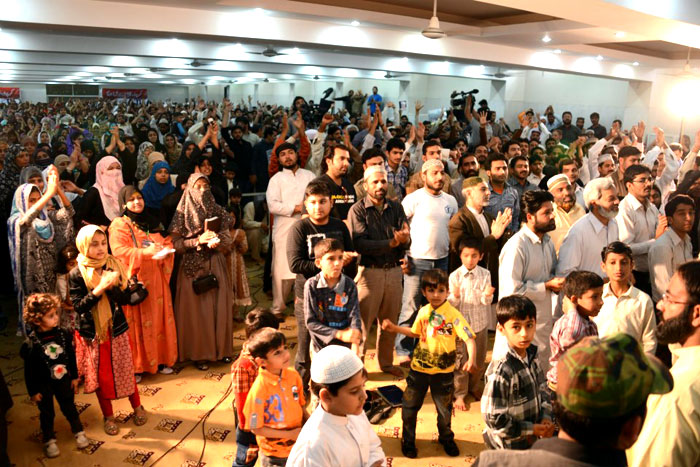