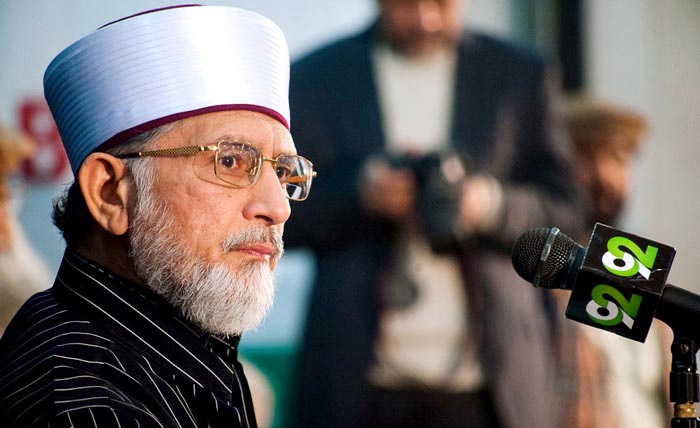 The Pakistani nation and the entire world should know that a fraud is being committed in Pakistan in the name of elections. An agreement has been reached to get one particular party installed into power. Blood is being shed with abandon in Quetta, KPK and Karachi. Neither politicians nor the people are safe anymore. Life has come to a standstill. People are increasingly finding it almost next to impossible to step out of their homes as the shadows of fear and terror continue to loom large. In these circumstances, branding the elections in Punjab as representing the electoral activity in the entire country is akin to breaking the country. No sane person will be ready to accept these elections as fair, free and transparent.

Dr Muhammad Tahir-ul-Qadri made these remarks while addressing an International Workers Convention of Pakistan Awami Tehreek and Minhaj-ul-Quran International through a video link from abroad. The Convention, which was held on April 28, 2013, was attended by the hundreds of thousands of workers of MQI and PAT from across the world through Channel 92.

Dr Tahir-ul-Qadri drew the attention of the powerful quarters in Islamabad and Rawalpindi to the fast deteriorating law and order situation, urging them to wake up to the challenge at hand and do something to stem the tide of violence before it got too late. He also criticized the backchannel support being extended to a party of Punjab by unknown quarters. Likening the country to a building, he said that the enemy had broken into the building whose protection was the major responsibility of the law enforcement and a plethora of security agencies. He said that the building was ready to collapse due to conspiracies hatched by the external quarters and plunder of national resources of politicians.

Dr Tahir-ul-Qadri said that PAT’s sit-in on May 11 would be a vote against the system of corruption, lawlessness, nepotism, hooliganism and terrorism. He said that it was responsibility of the institutions to decide about eligibility of the candidates contesting elections. He quoted a Quranic verse in which Allah Almighty ordained His Servants to deposit their trusts with those who were worthy of the same.

Criticizing the conduct of a section of journalists and so-called religious scholars who were confusing the nation on eligibility matters in their discussions and decrees, Dr Qadri asked them to take care of their ‘faith’ or ‘Iman’. He said that misinterpretation of the Quranic verses was the practice of the Jews, which had been adopted by the greedy Mullahs.

Dr Tahir-ul-Qadri quoted a very instructive Hadith, the meaning of which is that a time would come when all the dishonest elements speaking on behalf of Islam and those bathing in the river of corruption would gang up with one another despite their differences (Then he folded the fingers of his both hands into each other). The oppressors, blood-suckers and violators of people’s rights would become one and the same thing against the poor and downtrodden sections of society in order to perpetuate their power and hold. Demonstrating bravery and turning their back on fear, only one party and its leadership would take up the challenge and struggle single-handedly against the oppressors for the restoration of rights of the oppressed and suppressed people.

Dr Tahir-ul-Qadri said that the entire world saw the practical manifestation of this Prophetic saying on D-Chowk of Islamabad from January 13 to January 17, 2013 when the plunderers, hypocrites and the pro-status quo forces got together in palaces of Lahore and their comrades in crimes, deal makers and the frauds (those representing the then government) held negotiations with PAT and its workers and agreed to an elaborate agenda of electoral reforms. True to their character, they turned their back on Islamabad Long March Declaration and thus joined their accomplices sitting in the so-called opposition. He said that raising a voice against oppression, human rights violations and struggling for restoration of the suppressed people was as per the Quranic Commandment. 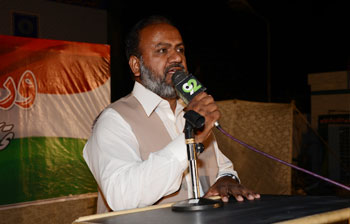 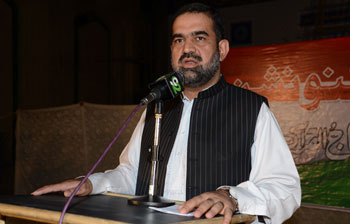 Addressing the Workers Convention, Dr Raheeq Ahmad Abbasi, President of Pakistan Awami Tehreek, said that the illegally and unconstitutionally composed Election Commission duped the entire nation in the name of scrutiny. He asked the people of Pakistan living inside the country as well as abroad to play their role in exposing the drama being played in the country in the name of elections. He said that Article 62 was ridiculed and made fun of through meaningless and ludicrous questions while Article 63 was not even touched. The Returning Officers were not provided with relevant information on the basis of which they could ask meaningful questions.

Dr Abbasi said that the people would stage sit-in on the polling day, which meant that they considered the system as having been based on evil structure and vowed to send the system packing. He said that those voting under the present system would be accomplices in crimes which would be perpetuated in coming five years.

Speaking on the occasion, Allama Sadiq Qureshi said that elections would result in change of faces, while the system would stay intact. He said that those waiting in the wings under the garb of democracy would go to any limit to fulfill their ‘hunger’ and loot national resources to no end. He said that had the money wasted on cheap schemes and popularity stunts been spent on energy projects, the people might have heaved a bit of sigh of relief from crippling load shedding by now. 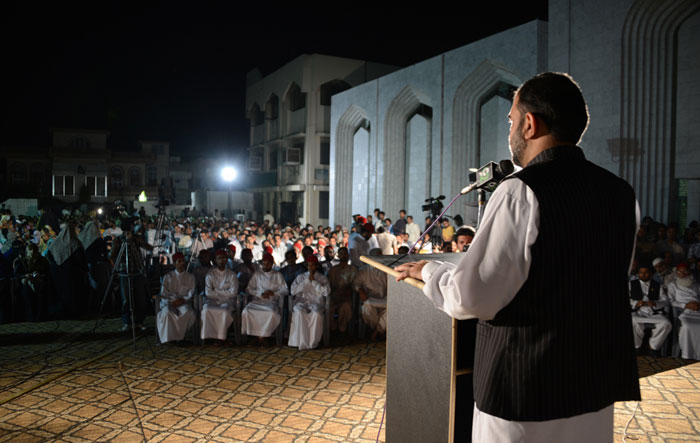 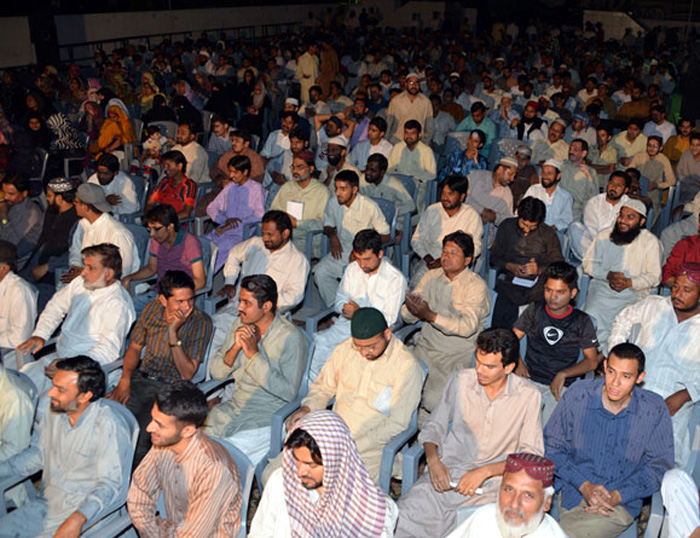