On the 19th July (10th Ramadan), MYL Norway invited brothers and sisters to yearly Iftar dinner at the local Minhaj-ul-Quran centre in Oslo. The theme of this event was “Repentance – A way to Allah”. Nearly 150 people, brothers and sisters, attended this dinner, where Allama Nasir Ali Awan was the main speaker, along with one brother and one sister from MYL Norway. 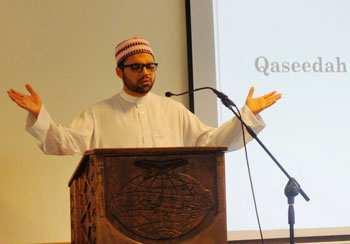 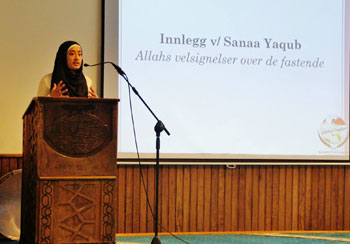 The evening started with recitation by brother Yasin Adil and ‘Qasidah Burdah’ by Brother Imran Ali, and was followed up by a Naat recitation from Sheema naat council. This group consists of sisters who have attended nasheed course arranged by MYL-S and are MashaAllah very good voices. Furthermore, sister Sana Yaqoob from MYL-S delivered a speech in Norwegian about why Muslims fast, and what benefits this month brings for us. She talked about what fasting means and which things are forbidden while fasting. The emphasis was on controlling our ‘nafs’ and feed our souls with the many blessings given in this month by Allah (swt). 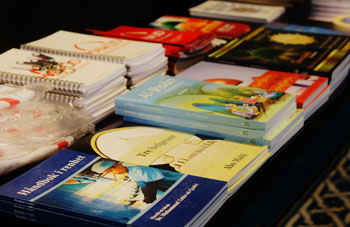 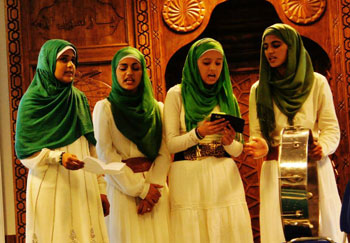 Allama Nasir Ali Awan, the main speaker of the evening spoke about the importance of Repentance, the importance of nearness to Allah (swt) and the importance of nearness towards Prophet Muhammad (PBUH). Allama Nasir described the term “Tauba”, its meaning, and the whole concept. He said that that Allah (swt) loves those who repent, after they have sinned, using this verse from the Quran: “Undoubtedly, Allah loves those who repent much, and He loves those who keep themselves thoroughly pure and clean”. (Al-Baqara 2:22). He explained that repenting on one’s sins was a Sunnah, and that the Prophet Muhammad (PBUH) also repented. Then he said that repentance was not a thing that could be postponed, because one never knew when death could approach us. 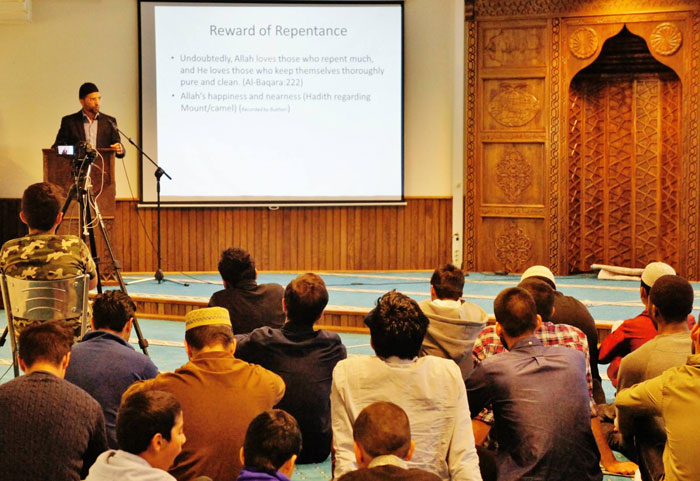 At last, President of MYL Awais Ejaz spoke about how Awliya Allah used to do ‘Tauba’ and repent on their sins. He spoke about some famous Awliya Allah, like Hazrat Kab Ibn Malik Ansari, Sari Sakati, Zonnoon Misri and Fudail Ibn Ayaz. An example from Sari Sakati in his speech was that Sari Sakati did one selfish act (according to himself) in his whole life, and repented on that act for the next 40 years of his life. We would today look at that act as an act of thankfulness, which according to him was a sin. The brother’s speech was about these famous and righteous people, the point was to inspire the audience to repent on their sins and return to the right path, shown by Prophet Muhammad (PBUH). In the end the event concluded with collective Dua by Allama Muhammad Iqbal Fani, director Minhaj-ul-Quran Oslo, and Iftar dinner was served.