Talks drama being enacted to allow the privatization deals to go through secretly: Dr Tahir-ul-Qadri

Dr Muhammad Tahir-ul-Qadri, the leader of Pakistan Awami Tehreek, has said that the present corrupt system and incompetent rulers are responsible for the mischief of terrorism in the country. He said that people were at the mercy of terrorists and the government writ was nowhere to be seen.

Dr Tahir-ul-Qadri said that as he had predicted before the conduct of May elections that those claiming to bring about change would weep after the electoral outcome, likewise, the current ‘peace talks’ being held between the committees nominated by the government and the Taliban were a hoax, not more than a political Tamasha whose reality would be exposed in a month’s time or so. He said that there was no way that the demands raised by the Taliban would be acceptable to the state and all pieces of jigsaw puzzle would fall apart with the passage of time.

Dr Qadri said that the talks would never be conclusive and result-oriented, adding that it was rather a conspiracy to divide the nation along ideological lines. He asked the Taliban to hold dialogue under the Islamic provisions of the Constitution of Pakistan and not under the self-styled interpretation of the Holy Quran and Sunna. He said that when supremacy of the Holy Quran and Sunna was paramount in the Constitution, they should hold their allegiance to the Constitution. He said that steps such as bombing girls’ schools and ban on the female education undertaken by the Taliban were against the manifest teachings of Islam. He said that if situation arose, he was ready to educate Taliban about real teachings of Islam and the true understanding of the Holy Quran and Sunna in the interest of peace of the state.

Dr Muhammad Tahir-ul-Qadri revealed that the drama of talks was enacted to hide the so-called privatization of the state-owned entities so that lid could continue to stay on such news while the privatization transactions were conducted clandestinely. He said that media spotlight and people’s attention had been manipulated to be focused on the talks with the Taliban.

Dr Qadri said that as per international practice, only the loss-incurring state enterprises were sold out and the state also put its seal of approval on these loss making entities. He said that PIA was being privatized due to recurring losses, adding whether reasons responsible for financial deficit of the national airliner had been identified or was any effort made to end deficit. He said that no government would ever sell profit making entities but it was being done so in Pakistan. He said that ten newly manufactured aircrafts of PIA were being sold because of which the national airline was operating. He said that if at all the aircrafts were to be sold out, the old ones should have put on the sale which had outlived their physical age.

Dr Tahir-ul-Qadri said in a message that we would not confine ourselves to protests and public rallies, adding that we were committed to bring about a revolution. He said that the ruling elite was bringing the day of revolution closer through their plunder of national resources. He asked as to when would this nation rise against the robbers who were selling national assets? Where were the state institutions and why were the leaders sitting in the assemblies keeping mum? Do they not see this loot and plunder of the present rulers?

He appealed to the judiciary to end this plunder. He further said that the Supreme Court, in one of its judgments, ordered for the composition of a federal commission with a mandate to make key appointments in 50 state-owned entities. He said that the Prime Minister had given the power of appointment to his ministers in respect of 35 entities in violation of the Supreme Court’s decision. He said that if the former Prime Minister could be sent home on the basis of contempt of court, why could the incumbent not be issued such notice for his failure to abide by the apex court’s ruling? 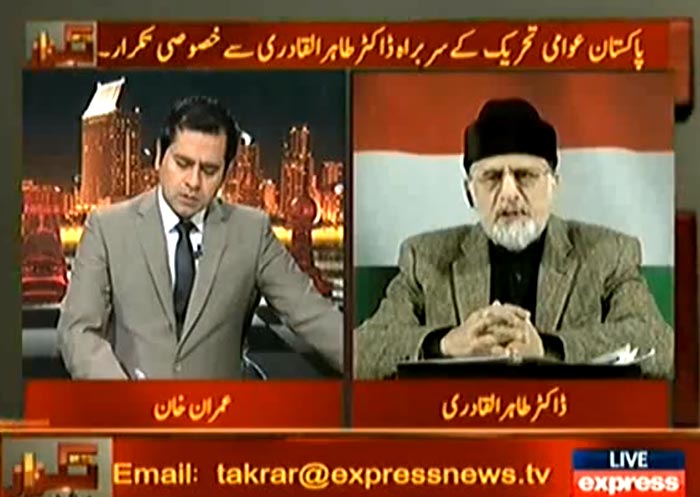