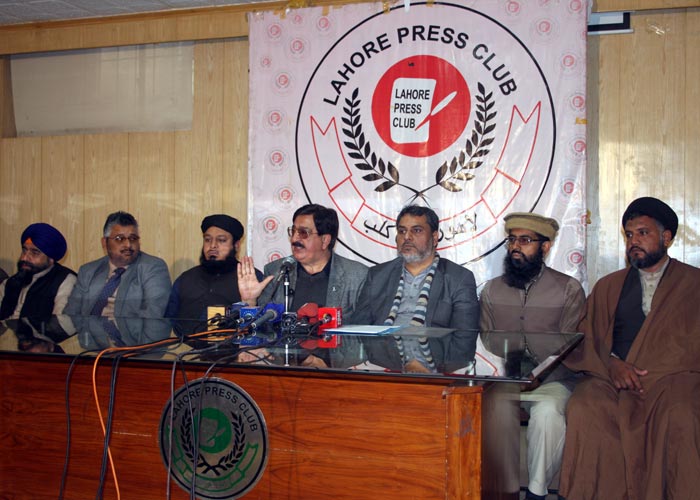 Pakistan Awami Tehreek President Sheikh Zahid Fayyaz and Secretary General Khurram Nawaz Gandapur have said that the government has no concern for the state, people and the armed forces; rather what it cares the most about is its political interest. They said that the national honour demanded that the day the news of killing of 23 FC personnel came, the Prime Minister would have ended dialogue and declared the launch of military operation against the terrorists. They said that the rulers made the nation hang their head in shame. PAT condemns this insensitivity and lack of conscience of the government.

PAT leaders said that the rulers were in love with politics which was source of filling their coffers with wealth. They said that PAT demanded of the armed forces to initiate military action against the terrorists because the people had been disappointed with the government on this count. They said that scourge of terrorism would be eliminated by military operation, not through talks. They said that the decision to launch military operation was not taken by the government, which was begging the terrorists for peace but by the armed forces and this decision enjoyed the backing and support of the entire nation.

Sheikh Zahid Fayyaz and Khurram Nawaz Gandapur said that PAT expressed its complete solidarity with the bereaved families of martyrs of the FC and the armed forces. They said that some of the martyred personnel were the only bread winners of their families. They said that PAT leader Dr Tahir-ul-Qadri had been talking about military operation since long, adding that accepting the correctness of Dr Tahir-ul-Qadri’s message, the armed forces have taken a clear stand against this scourge of terrorism. Dr Qadri dubbed the entire talk process as eyewash, which was meant to hoodwink the people of Pakistan. He had stated categorically that dialogue was a farce and ‘its reality’ would be exposed in a month’s time. He held that the nation was being fooled in the name of talks.

PAT Secretary General Khurram Nawaz Gandapur said that Article 247 of the Constitution authorized the federal government to extend the executive authority to the FATA region. He said that Article 256 barred any private organization/party from establishing a militant wing and declared such an act as ultra vires and unconstitutional. He said that if the Taliban could go to Qatar for talks with the US, why they could not come to Miran Shah to hold a dialogue with the government of Pakistan?