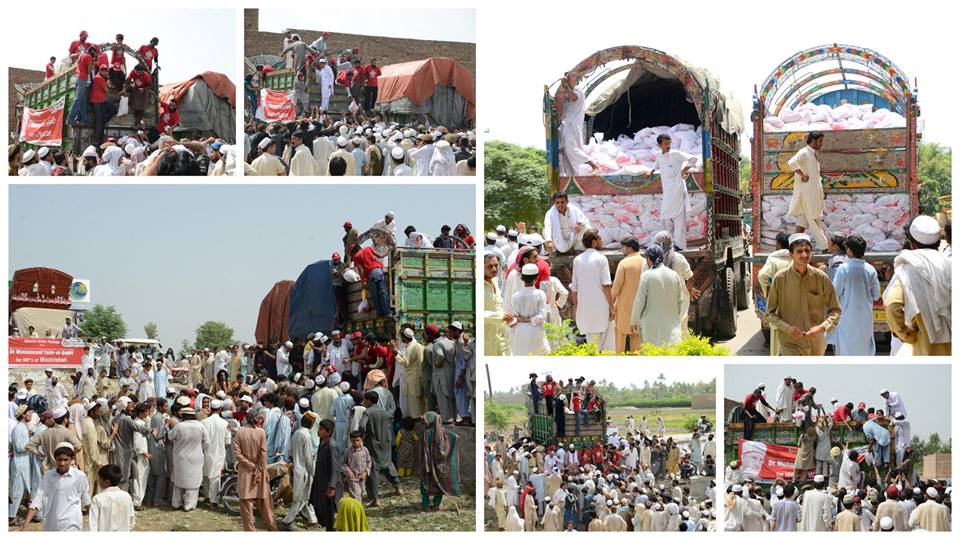 Helping out the North Waziristan affectees out of these trying and hard times is our national, religious and moral obligation. The rulers have funds of billions of rupees for their own luxuries and useless white elephant schemes such as metro bus service but nothing to offer to the IDPs. The government is responsible for criminal neglect in the case of the North Waziristan affectees. Minhaj Welfare Foundation has distributed food stuff among the 12,000 affected families in Bannu in the first phase on the special instructions of PAT chief Dr Muhammad Tahir-ul-Qadri. The volunteers of Minhaj Welfare Foundation and Pakistan Awami Tehreek are busy serving the IDPs of Waziristan without any discrimination of caste, creed, colour and race. Food stuff consiting of sugar, rice, pulses, ghee, biscuits, medicines and other edibles for 12000 families has reached Bannu in a caravan of 14 trucks with the cooperation of the people and the same has been distributed among the people.

Dr Raheeq Abbasi said that Dr Tahir-ul-Qadri and PAT workers would continue to stand by their countrymen in this hour of trial and tribulation. He said that the Constitution of Pakistan was explicit on the obligations of the government and the state with regard to fulfillment of fundamental rights of the people, adding that the government failed miserably in fulfilling the constitutional rights of the oppressed people of North Waziristan. He said that hundreds of people were suffering from various diseases due to food shortage and harsh weather conditions.

Dr Abbasi said that Pakistan was a self-sufficient country in terms of food production but added in the same breath that the corrupt political system and incompetent politicians had kept the people deprived of their fundamental rights including access to food. He said that the government’s insistence on the so-called dialogue process with the terrorists and hypocrisy of the present rulers led to loss of precious lives and hundreds of thousands of people had been displaced. He said that the responsibility for this sorry state of affairs rested squarely on the shoulders of the government. He opined that operation against terrorists should have been started earlier on.

Dr Raheeq Abbasi said that the nation was appreciative of the Army Chief’s statement that ‘terrorists would be chased out of the country’s every nook and corner’ and fully supported their armed forces in their fight to purge this motherland of all terrorists. He said that PAT stood with the affectees in these trying and hard circumstances and would continue relief operations till their complete rehabilitation. He said that the relief good of worth millions of rupees had been distributed among them in the first phase and more efforts would follow. He also announced that medical camps consisting of doctors and allied medical staff would be set up by MWF for IDPs soon and arrangements were being made in this regard. He said that PAT considered helping the people as its national and religious obligation in accordance with the saying of the Holy Prophet (SAW). 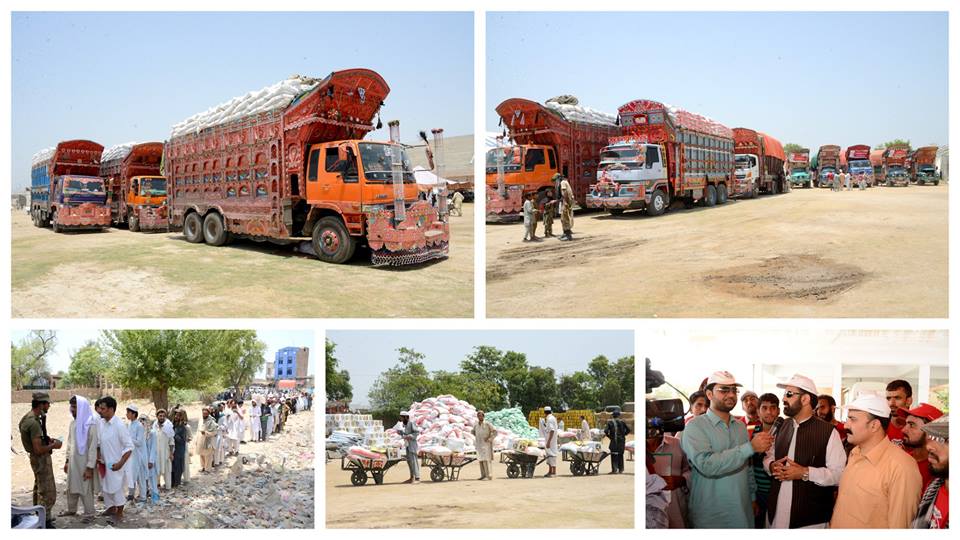