Mrs. Razia Naveed, central leader of Pakistan Awami Tehreek’s Women Wing, has said that while the world has been busy watching foot ball world cup, innocent Palestinian children, men and women have been falling victim to the Israeli brutality. She said that the western powers were insensitive and the Islamic world had been keeping criminal silence over the worst atrocities in human history. She said that one wondered to see why none of Islamic countries raised effective voice against the savagery of Israel, adding that Israel’s heavy handed military action against innocent and unarmed Palestinians was a slap on the face of the so-called United Nations and Organization of Islamic Cooperation.

Mrs. Razia Naveed made these remarks while addressing a protest demonstration held under the banner of PAT Women Wing against Israeli brutality in front of the Lahore Press Club on Tuesday. The protesters were carrying placards and banners with anti-Israel slogans written on them. They were also chanting pro-Palestinian slogans to express their solidarity with the oppressed people of Palestine. 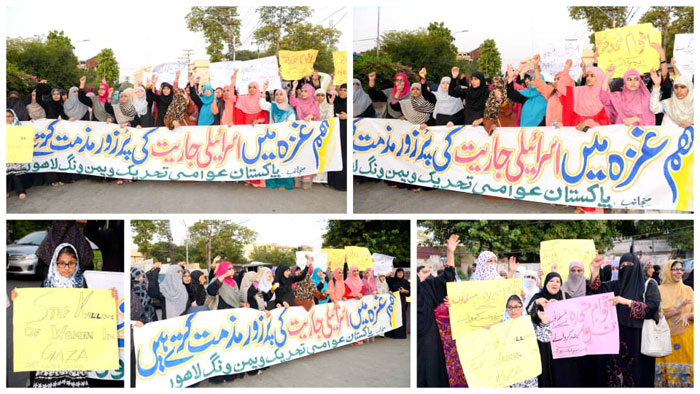 PAT Women Wing leader said that the world body entrusted with the task of maintaining global peace had failed in the discharge of its fundamental duty as it had become a plaything in the hands of the world powers. She further said that the UN had lost its relevance because of its failure to rein in aggressors like Israel and overbearing influence of the so-called veto powers in the UN system. She said that it was an uneven clash where innocent and stone-throwing protesters were facing the wrath of one of the world’s powerful militaries.

Mrs. Razia said that Women Wing considered bombing of Gaza and attendant massacre of Palestinians as a grave issue of human rights violations. She urged the world to play its role to rein in Israel from carrying out annihilation of the Palestinian men, women and children. She said that the Pakistani rulers, who got power through backdoor machinations, lacked the courage to raise this issue forcefully at the world fora. She said that women of Pakistan were with their Palestinians sisters and brothers at this time of trial and tribulation. 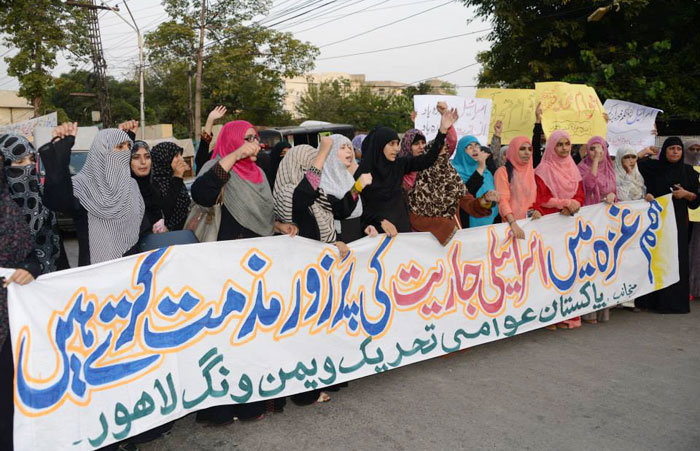 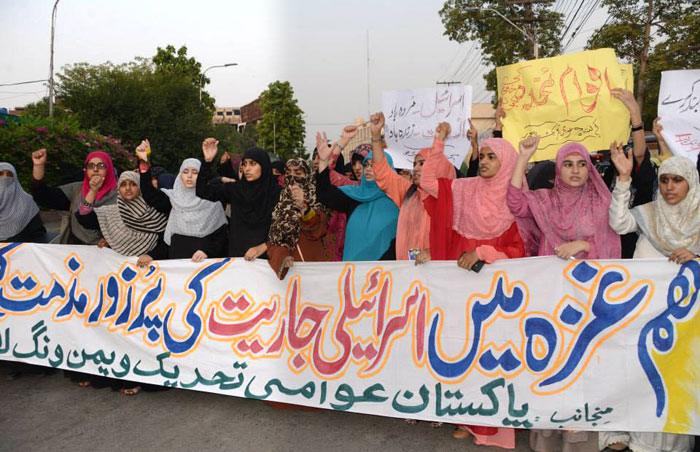