Press Conference MQI will Protest on Friday the 3rd of June 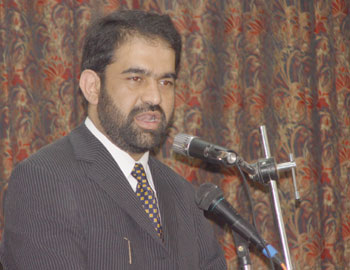 Dr Raheeq Ahmed Abbasi said that Minhaj ul Quran and Pakistan Awami Tehreek have been raising their voice since the day this event took place and on the 3rd a unanimous protest will be made in more than 70 cities throughout Pakistan and all over the world. Along with the protest for disrespect of the Holy Quran, MQI and PAT will also protest against the recent uncontrollable (by the Government) terrorism and bomb blasts at mosques and holy places in major cities of Pakistan.