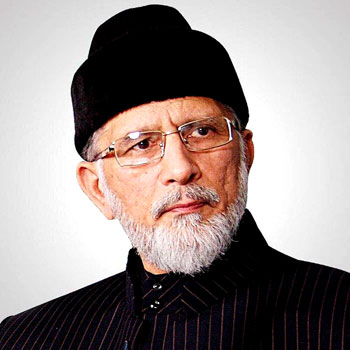 PAT chief Dr Muhammad Tahir-ul-Qadri has written a letter to the US President Barack Obama, UK Prime Minister David Cameron, UN Secretary General Ban Ki Moon, and the OIC General Secretary on the republication of blasphemous caricatures in the French magazine. In his letter, he made it clear that International Human Rights Council of the UN and European Union have failed to resolve the matter of publication of blasphemous caricatures, which has led to an environment of tension, discord and clash in the world. He asked, is freedom of expression a privilege of the a few select nations? He asked, can horse of freedom of expression be left unbridled? He said that extension of unstinted support to right of freedom of expression for followers of one religion and imposition of restrictions for others represents double standards.

Dr Tahir-ul-Qadri said that the Muslims exercised utmost restraint and patience on a number of occasions when blasphemous, objectionable and immoral material was published against Islam, its teachings and holy personages so that international peace could stay intact. He said that if objective of global peace is to be advanced, then the UN is duty bound to enact clear and manifest laws making blasphemy of holy personages and religions punishable offence. He said that this process should not be restricted to formulation of laws but they should be implanted in letter and spirit as well.

Dr Qadri said that freedom of expression should be redefined afresh to save the world from clash of civilizations. He said that blasphemy of the Holy Prophet (SAW) is not freedom of expression; rather it is violation of fundamental rights of one and half billion Muslims. He stated in his letter that denial of Holocaust is a crime in some of the European countries, asking whether it is not violation of freedom of expression. He cited laws and constitutions of some of the European countries and said that talking against Christianity in some EU countries is a crime. He warned that if the world did not address this delicate and all-important issue, nothing would save the world from plunging into clash of civilizations.