Foundation-Stone Ceremony of the Minaret of Gosha-e-Durood 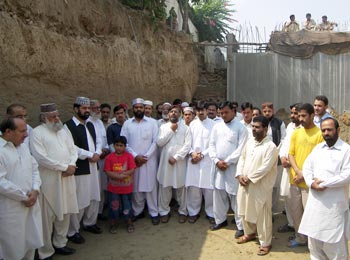 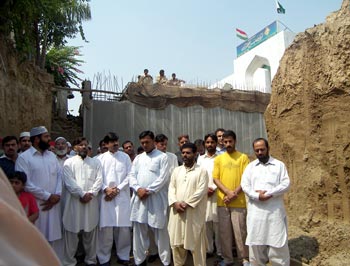 The ceremony started with the recitation of the holy Qur’an followed by the Naat-e-Rasool (PBUH). After this, reciting the selected Durood of the Gosha-e-Durood, the participants completed the round of the basement. The central leaders also slaughtered a goat for blessings in the western part of the basement of the Gosha-e-Durood. The ceremony was concluded with prayers. Central Amir-e-Tehreek Miskin Faiz-ur-Rahman Durrani led special prayers. The prayers were also offered for the prosperity and progress of Pakistan and Muslim Umma. In the end, all participants were congratulated at the inauguration of the second phase of the construction work.

The cementing has entered the last phase for the construction of ground floor before the start of this phase of construction work of “Minaret as-Salam”. This work is likely to be completed in the first 10 days of the holy month of Ramadan. 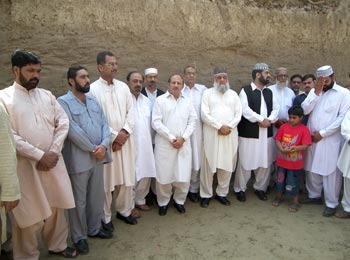 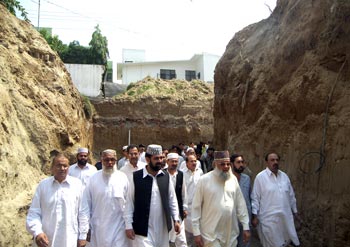