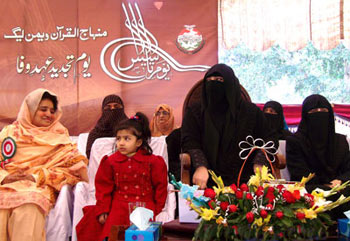 The programme started with the recitation from the Holy Quran followed by offering of Naat. Later on the daughters of Shaykh-ul-Islam, Mrs Qurat ul Ain Fatima and Ms Qurat ul Ain Ayesha cut the cake along with office bearers of the executive body of Women League. 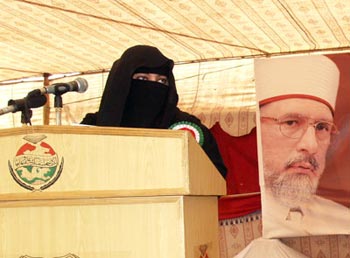 Minhaj Internet Bureau made special arrangements for the live telecast of the ceremony on the internet. Please click here to watch the complete coverage of the event.

Addressing the audience, Mrs Qurat ul Ain Fatima said that Minhaj-ul-Quran International was neither a traditional religious party nor a traditional political one. The purpose of its struggle was the achievement of the Mustafvi Mission. Mission is also about sacrificing ones vested interest and that is why selfishness and mission cannot coexist together. She said Minhaj-ul-Quran International was not a sectarian organization; rather it was the representative movement of the entire Umma. She urged the women to locate their status in the domain of 'ego' and that their embellishment was not jewelry but piety. She said the love for the Prophet of Islam (SAW) offered the only solution to get rid of the problems faced by us. The success of Minhaj-ul-Quran Women League lay in sincerity and devotion to its cause. She said the best act was the offering of Durood-o-Salam and guidance should be sought from the Holy Quran. "If Muslim woman followed Hazrat Fatima (RA) as her role model, the society will become the hub of peace," she said. We would have to move towards the goal of mission by uprooting the prevalent oppressive system. 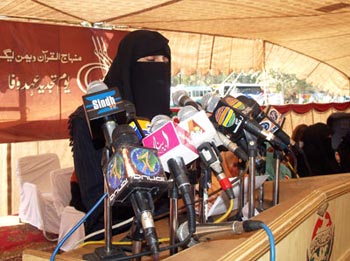 Ms Qurat ul Ain Ayesha said that Shaykh-ul-Islam Dr Muhammad Tahir-ul-Qadri has given the platform of Minhaj-ul-Quran Women League for mothers, sisters and daughters for the protection of their honour. He has also spread the awareness about mission by giving them courage and steeling their determination.

Nazim-e-Ala Dr Raheeq Ahmad Abbasi said that woman's stepping out of her house for the cause of religion was equal to that of 70 men and those attending the ceremony were lucky for they were blessed with the cause to serve their religion. He said that Shaykh-ul-Islam Dr Muhammad Tahir-ul-Qadri founded the Minhaj-ul-Quran Women League some 19 years ago and by using the offices of this organization, women could play their effective role in the struggle for renaissance of religion. 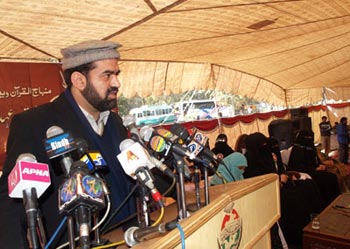 Central Nazima Women League Mrs Farah Naz said that it was under the patronage and guidance of Shaykh-ul-Islam Dr Muhammad Tahir-ul-Qadri and his wife Mohtarma Riffat Jabeen Qadri that the organization achieved these successes and today its message has reached five continents. Hundreds of thousands of women were the part of the caravan in the service of religion. She said in these critical times when violence and disorder were holding sway, Minhaj-ul-Quran Women League was working for the establishment of peace and spread of love and inter-faith harmony in the world.

In her speech, Mrs Fatima Mash'hadi said the chapters of Minhaj Women League were working in more than 90 cities of the country and engaged in spreading the peace. They were spreading the real message of Islam in every house. The ceremony ended with the prayers led by Mohtarma Qurat ul Ain Fatima. 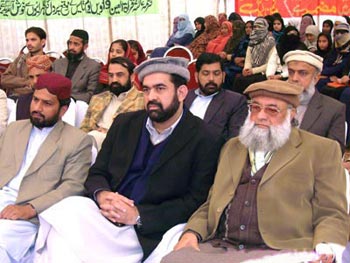 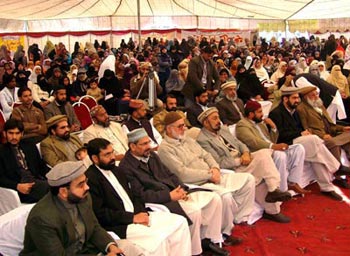 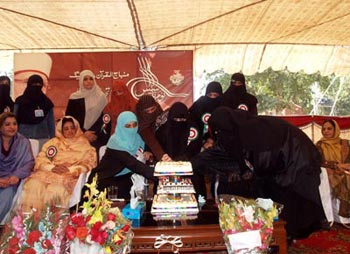 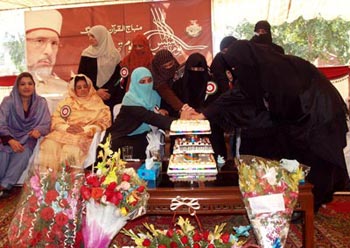 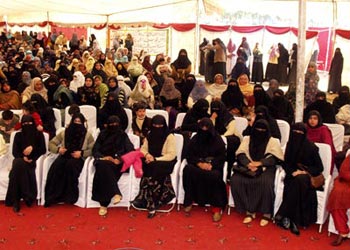 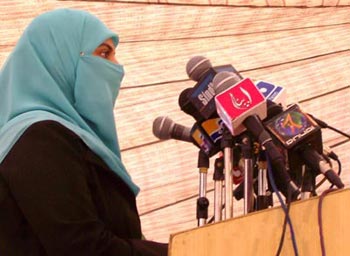 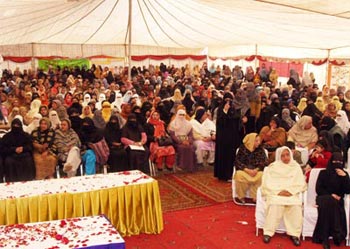 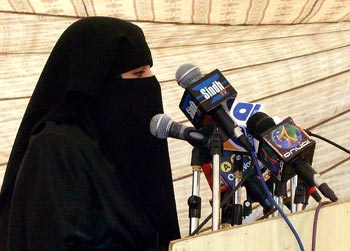 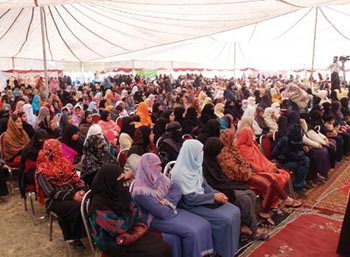 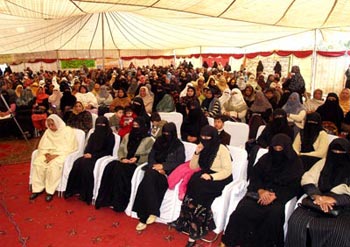 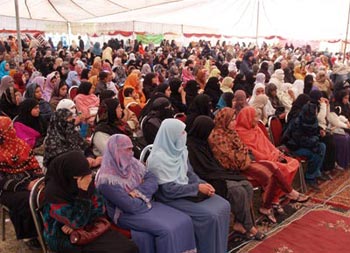 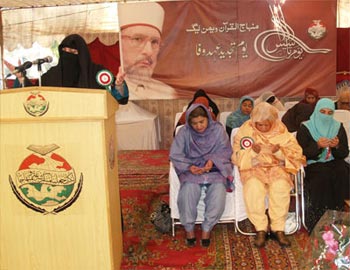 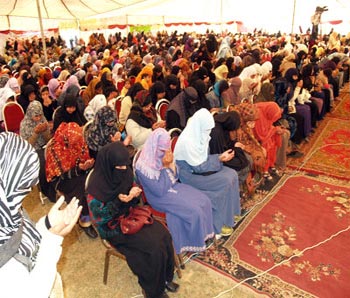