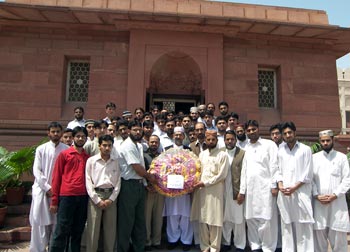 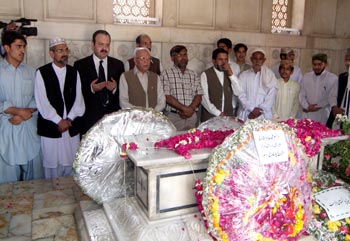 The delegation of Minhaj University laid the wreath of flowers on the grave of Allama Iqbal (RA) on behalf of the Chief Executive of Minhaj University Shaykh-ul-Islam Dr Muhammad Tahir-ul-Qadri. A special meeting was also arranged at this occasion where the students recited the 'Kalam' of Allama Iqbal (RA). Talking to media at this occasion Deputy Registrar G.M. Malik said that the passion for freedom which Allama Muhammad Iqbal ignited is still existent in the Pakistani nation today. It is the person of Allama Iqbal to whom we as a nation owe our freedom and achievements.

He said the students of Minhaj University visited his shrine that day to pay him tribute for his services in the cause of Islam and Pakistan. He also said we resolved to leave no stone unturned to translate Iqbal's dream into reality. Dr Muhammad Tahir-ul-Qadri has called Allama Iqbal 'guide and mentor'. Allama Iqbal  (RA) has derived his thought from the holy Quran, the Holy Prophet (saw) and his spiritual mentor Maula e Roum. He said Allama Iqbal (RA) saw a dream, which the Quaid-e-Azam Muhammad Ali Jinnah turned into reality but its accomplishment still remains to be achieved for which Shaykh-ul-Islam Dr Muhammad Tahir-ul-Qadri was making strenuous efforts. At the end of the programme, Principal Secretary to Shaykh-ul-Islam G.M. led the prayers. 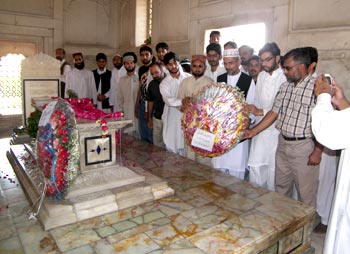 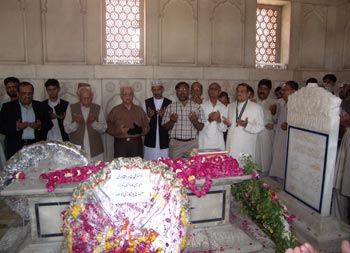 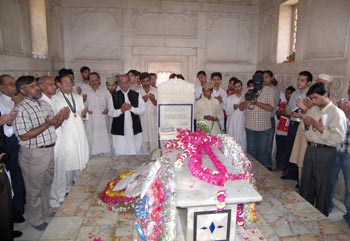 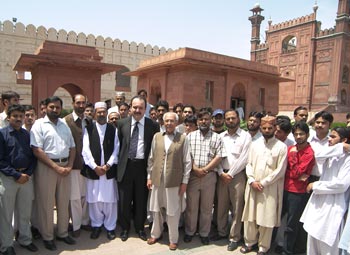 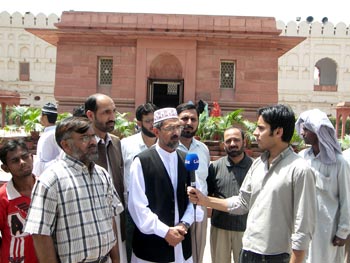