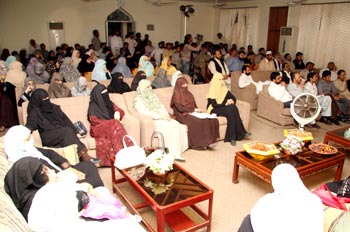 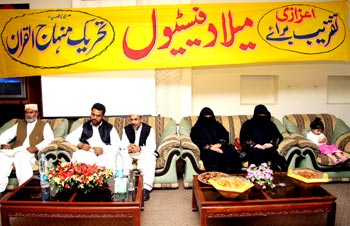 Minhaj-ul-Quran Women League organized a grand reception on April 25، 2008 in order to celebrate the successful holding of the Milad Festival in the Race Course Park under its banner. This programme was arranged in the conference hall of the Central Secretariat. The daughter of Shaykh-ul-Islam Dr Muhammad Tahir-ul-Qadri, Mrs Qura tul Ain Fatima, presided over the moot, while naib Nazim-e-Ala of Minhaj-ul-Quran International Sheikh Zahid Fayyaz, Director Foreign Affairs G.M. Malik, Amir-e-Tehreek Punjab Ahmad Nawaz Anjum and Director FMRi Dr Ali Akbar Qadri were the guests of honour at the occasion. 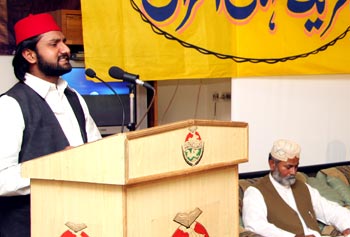 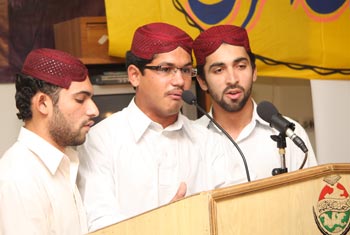 The programme got underway at 11 a.m. with the recitation from the Holy Book followed by Naat Khawani. Nazima of Women League Mrs Farah Naz delivered the welcome address. In her opening remarks, she said that Milad Festival was held for the first time in the Pakistani history and a public place was chosen for that purpose. The families continued to crowd the Race Course Park for three days till the conclusion of the Festival. People were still coming on midnight of last day of the Festival. The visitors took keen interest in it and appreciated the efforts of MWL. She said that the immense appreciation of the event at the public level was a matter of great pride for Women League. She said that on the urging of the visiting guests and families, the duration of the Festival will be increased in the coming year. She said there was a dire need to develop the awareness about Islamic culture among youth and the Festival would be organized in much more effective manner in the next year. 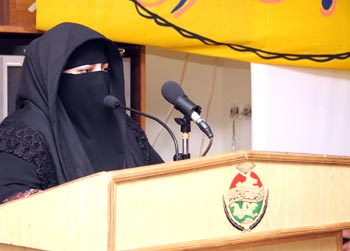 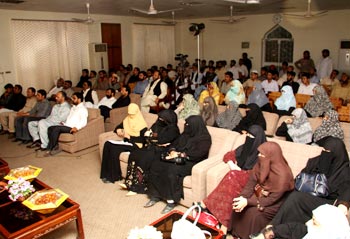 Speaking at the occasion, the daughter of Shaykh-ul-Islam Dr Muhammad Tahir-ul-Qadri, Mrs Qura tul Ain Fatima, said that MQI has conveyed a message to the Muslim Umma through the Milad Festival, which would increase the love for the Prophet of Islam (saw). She said it was a unique experience in the life of the organization and the way families came in their hundreds to the Festival is the blessing of the Milad-e-Mustafa (saw). It was not a commonplace Festival, rather the items and things put on display reflected the Islamic history. People saw things here which they never saw in their lives. She said if we continued holding this event, the time was not far when the whole of Pakistan would celebrate the Milad-e-Mustafa (saw) as a cultural event and this was precisely the purpose of MQI. She said we told the world that celebrating the birthday of the Prophet (saw) was the symbol of the greatness happiness on earth. 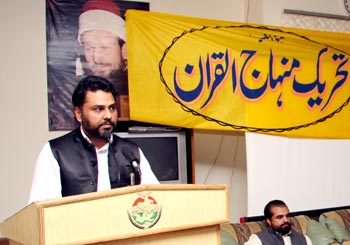 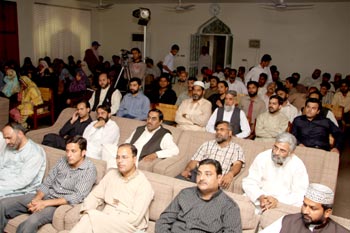 Naib Nazim-e-Ala Sheikh Zahid Fayyaz said in his talk that it was the honour of MQI that it has presented Milad as a culture to the world. International Milad Conference has become a memorable event in the entire world. We introduced a novel idea for the first time in the history of Pakistan marking the celebrations of the birth anniversary of the Holy Prophet (saw) and the appreciation and huge applause that it won also surprised us. He said we would continue to hold such Festival to express our deep gratitude to the Almighty for such a great gift to humanity. No one thought that such an event would be organized in the Race Course Park with such success. He said it was misfortune of the nation that the meaning of cultural festival has been reduced to dance and music. It is the honour of MQI and Shaykh-ul-Islam that they presented the Milad-e-Mustafa (saw) as a cultural event. The guests visiting the Festival had no idea as to what they would be able to see here. Whosoever came to visit the Festival expressed his/her emotions in such a way, which cannot be described. He extended felicitation to MWL on holding such a successful programme.

Dr Ali Akbar Qadri, Dr Shahid Mahmood, central leaders of MWL and the representative of the different companies who put up stalls also spoke at the occasion. All speakers collectively appreciated the efforts of the Women League. They expressed their desire to participate even more vigorously in the coming years. The Haideri brothers of College of Shariah presented Naat with 'Duff'. Dr Shahid Mahmood led the 'Dua' at the conclusion of the programme. 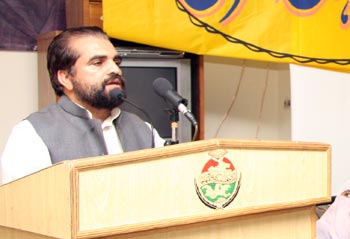 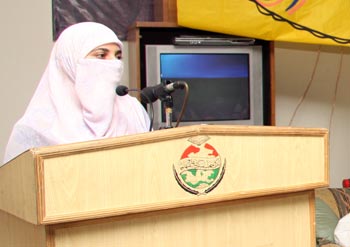 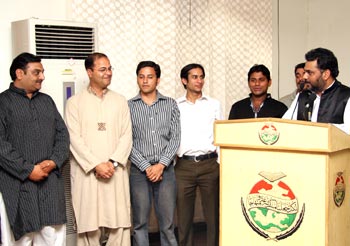 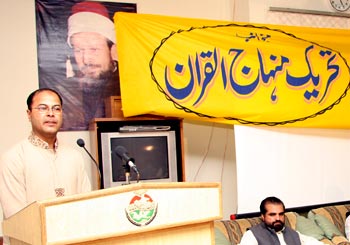