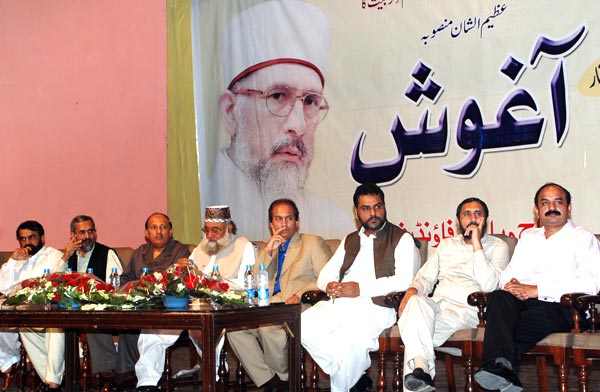 The introductory ceremony of ‘Aghosh’, a grand project for education, training and maintenance of the orphan and poor children, was held on August 27, 2008 in the Al-Hamrah Hall no 2 under the banner of Minhaj Welfare Foundation. Amir Minhaj-ul-Quran International Miskin Faiz-ur-Rahman Durrani presided over the programme, while Senator Sajjad Bukhari was the guest of honour at the occasion. 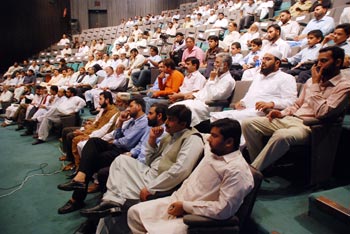 The proceedings of the programme got under way with the recitation from the Holy Qur’an followed by Naat.

Presenting the welcome address, the director of Minhaj Welfare Foundation (MWF), Muhammad Aqil Malik, thanked all the guests for their participating in the introductory ceremony of ‘Aghosh’.

He said MWF is an international welfare organization, which is engaged in hundreds of welfare projects across the country and around the globe for the downtrodden and less privileged sections of people.

In addition to these projects, MWF has also set up an organization by the name of ‘Aghosh’ for providing education, training and maintenance of the orphan and helpless children. Not only the physical but also the educational, mental, psychological and spiritual needs of the students are fulfilled here at this institution. The ideal of this institution is to make these children useful and respected citizens of the country. 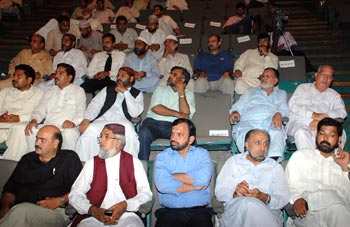 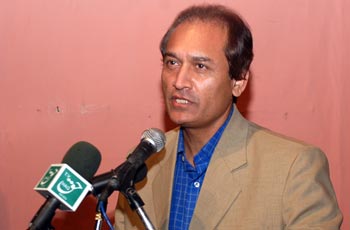 He said we, at MWF, are busy every moment for the service of the suffering humanity. The Foundation has its operations spread worldwide and springs into action whenever and wherever a natural calamity strikes in any part of the world. He said the motivation behind our endeavours was the help and support extended to the downtrodden people in the society. ‘Aghosh’ houses the children orphaned in the earthquake and the doors of MWF are open for the suffering humanity. 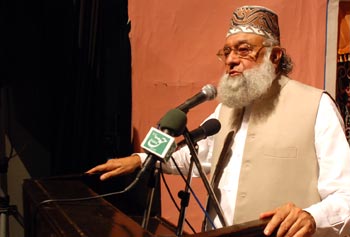 Addressing the ceremony, Senator Sajjad Bukhari said that the national obligation performed by Minhaj Welfare Foundation in the form of establishment of ‘Aghosh’ is not merely their but also our collective responsibility. The various walks of life in which Minhaj-ul-Quran International has rendered its services are exclusive to it. All of us would have to make sincere efforts for elimination of discriminations and deprivations from the society. He said martyr of democracy, Mohtarma Benazir Bhutto, had got life membership of MQI having been impressed by its welfare-oriented activities inside as well as outside of Pakistan. He declared that we would support Minhaj Welfare Foundation at personal and governmental levels.

Amir Minhaj-ul-Quran International Sahibzada Miskin Faiz-ur-Rahman Durrani said in his speech that it is distinction enjoyed by MQI and Shaykh-ul-Islam Dr Muhammad Tahir-ul-Qadri that they have also included the deprived sections of society in their ranks and this is real Islam and the Sunna of the Holy Prophet (saw). The Holy Qur’an has commanded to behave nicely with the orphan. He said this is why Shaykh-ul-Islam has his compassionate behaviour while dealing with the orphan children and especially those belonging to ‘Aghosh’. He said we plan to expand the project even further with the passage of time. 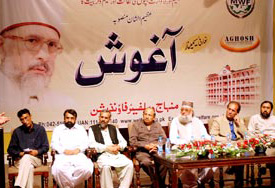 Acting Nazim-e-Ala Sheikh Zahid Fayyaz said in his talk that Allah Almighty has commanded the believers to take care of and help the needy and the orphan at a number of places in the Holy Qur’an. It was in this background that Shaykh-ul-Islam Dr Muhammad Tahir-ul-Qadri founded the ‘Aghosh’. We are trying to act up this Qur’anic commandment by providing for the decent upbringing of orphan children. He said the doors of ‘Aghosh’ were always open and we did not discriminate between children in this regard. Children get home-like atmosphere here along with good food, residence and quality education. He said it is one of many projects being undertaken by MWF upon which we can take immense pride.

Nazim Foreign Affairs G.M. Malik said ‘Aghosh’ was providing a shelter to the rejected and deprived children of the society under the patronage of Shaykh-ul-Islam Dr Muhammad Tahir-ul-Qadri. He said a complete package of education and training provided at ‘Aghosh’ would make them a complete man.

Anwar Aktar Advocate, Sajid Mahmood Bahtti, Shahid Lateef Qadri and others also addressed at the end. The launching ceremony of ‘Aghosh’ concluded on a special Dau. 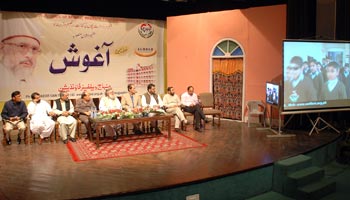 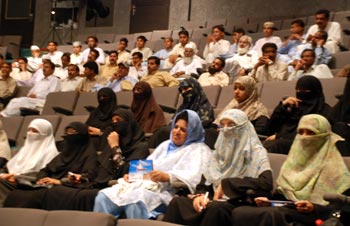