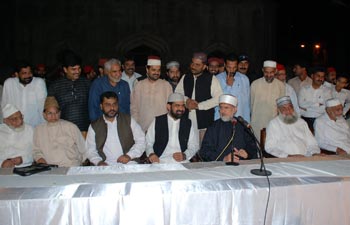 On September 18, 2008, Shaykh-ul-Islam Dr Muhammad Tahir-ul-Qadri hosted an Iftar dinner for the leaders and staff members of the central secretariat of Minhaj-ul-Quran International. This Iftar dinner was a sort of his interaction with the staff members of MQI after his return to the country from abroad. It was held on the roof of hall of ‘Gosha-e-Durood’, which was attended among others by Miskin Faiz-ur-Rehman Durrani, Dr Raheeq Ahmad Abbasi, Sheikh Zahid Fayyaz, G.M. Malik, Allama Muhammad Miraj-ul-Islam, Mufti Abdul Qayyum Khan Hazarvi, Prof Muhammad Nawaz Zafar, Javed Iqbal Qadri, Abdul Wahid Butt and other heads of the Directorates.

In addition to the central staff of MQI, the staff of Minhaj University was also invited to this dinner. The proceedings of the programme got under way with the recitation from the Holy Quran followed by Naat. Shaykh-ul-Islam Dr Muhammad Tahir-ul-Qadri came to the venue minutes before the Iftari. He was given a standing ovation amid resounding slogans upon his arrival. It was his first meeting with the entire staff after his return to Pakistan. He interacted briefly with all people. He also inaugurated the CD album of Naat recited by Shahzad Brothers of COSIS. Shaykh-ul-Islam lauded their efforts and declared cash prize. 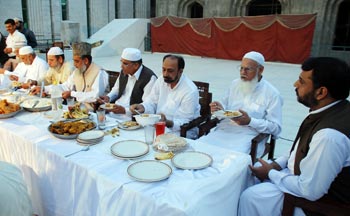 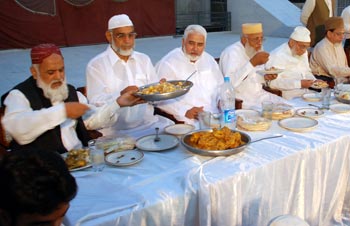 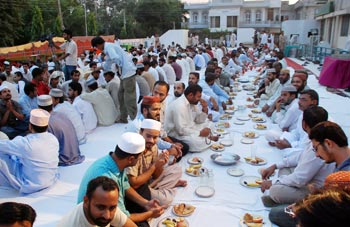 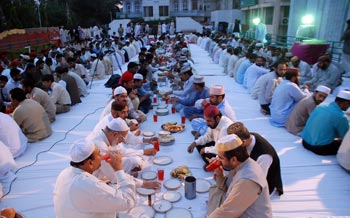 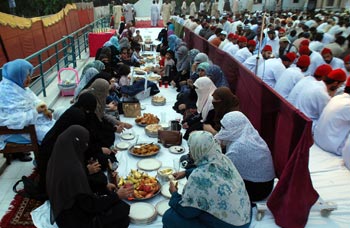