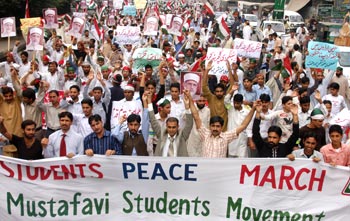 Central President MSM Muhammad Zeeshan Beg said: Our message is peace and book. We are making it poular in the whole world. He demanded that the educational institutions must be freed from the monopolists’ control. Democratic environment should be created before the Union Elections and code of conduct should be prepared with consultations of all the students’ organizations. He said: Extensive measures need to be adopted to maintain peace in the educational institutions and opportunities are to be provided to all the students’ organizations to participate in the elections. 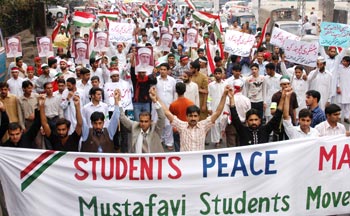 Central Senior Vice President M Amjad Butt said: The students always play pivotal role in development of the nations and it is students who deserve the Government’s attention the most and our objective is the students’ prosperity. He said that MSM was working hard to restore the students’ link with the book that has gone weak. The work is on in all the institutions in this regard and a complete system has been given to realize this aim.

Secy Gen Sajid Gondal said that students are always a backbone in the development of a nation. We have a faith in measures that can make us join the developed countries’ rank. Ex President MSM Hanif Mustafvi, Tanvir Khan, Latif Sindhu, Rizwan Ali, Ismael Inam and Saeed Khan also addressed the students’ peace march. They said: MSM is the only students’ representative organization that aims at producing such pious youth that hold valiant character and win victories in education. Such youth are the need of the time that would spread the true message of Islam. MSM believes in establishment of peace in the educational institutions. The Peace March terminated at Muslim League House. 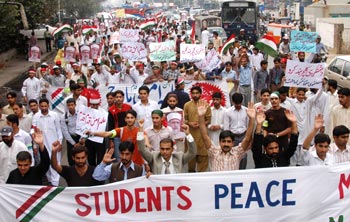 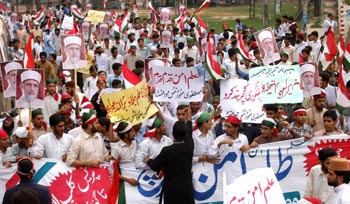 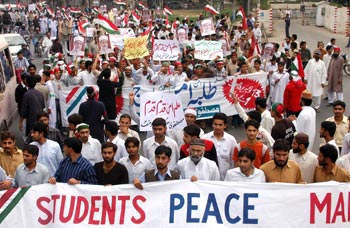