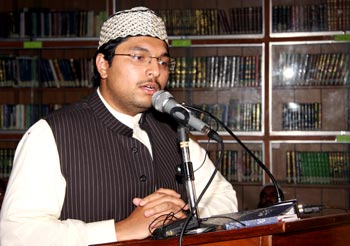 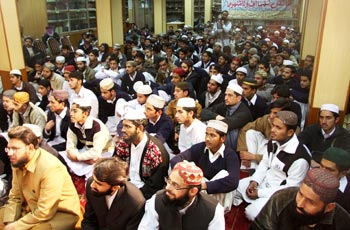 College of Shariah and Islamic Sciences (COSIS) of the Minhaj University arranged a Mehfil-e-Naat and speech contest on December 30, 2008 in connection with the holy month of Mohurram. Sahibzada Hussain Mohi-ud-Din Qadri, member of the Supreme Council (MQI), presided over the programme under the banner of Bazm-e-Minhaj, whereas the Principal Dr Raheeq Ahmad Abbasi and Prof Dr Syed Abdur Rahman Bukhari were the guests of honour. Mufti Abdul Qayyum Khan Hazarvi, Allama Shahzad Mujadadi, Rana Akram Qadri, Mian Muhammad Abbasi and respected teachers of COSIS were also present at the occasion. 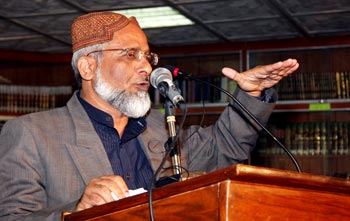 The proceedings of the programme got under way with the recitation from the Holy Quran followed by Naat and 'Manqabat'. Students took keen interest in the programme.

Sahibzada Hussain Mohi-ud-Din Qadri welcomed the new students of the first year. In his speech, he urged the students to focus their attention on education, training and consolidation of character. He said the students needed to prepare themselves for future role of leadership. No nation could progress without the active role of its youth. He further said Minhaj University was such institution as combined education with training. Here the students were imparted education both in modern and ancient sciences. "Shaykh-ul-Islam Dr Muhammad Tahir-ul-Qadri wants to see the youth of this country firm in character and well grounded in education and Minhaj-ul-Quran International was spreading this practical message across the world," he said. After the speech, Sahibzada Hussain Mohi-ud-Din Qadri distributed prizes among the prize winning students. Secretary General of Bazm-e-Minhaj Adnan Waheed Qasmi conducted the proceedings of the programme. 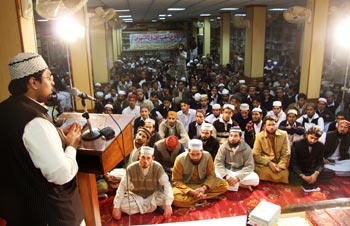 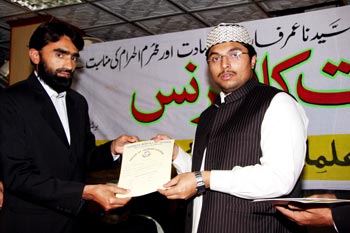 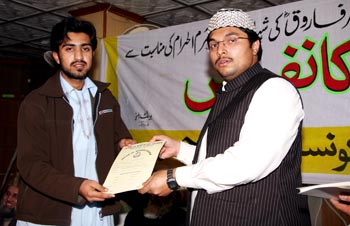 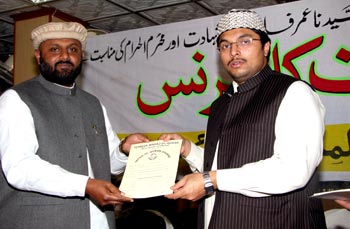