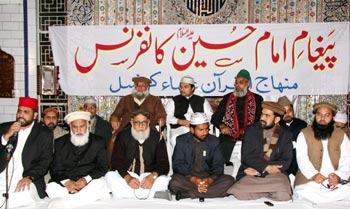 Addressing the conference, Sahibzada Hussain Mohi-ud-Din Qadri said that the great sacrifice rendered by Imam Hussain has drawn clear lines between forces of truth and falsehood. The Great Imam acquainted the humanity with the power of truth and submission before Lord by refusing to certify Yazid’s evil regime. He did not compromise on principles with Yazid for the preservation of faith of his grandfather, the Holy Prophet (saw). Imam Hussain has given humanity its identity. He said that both Hussaini and Yazidi characters were present in our society in one form or the other. There was a need to promote the Hussaini character so that the evil forces get decimated. He said MQI was busy in spreading the mission of the Holy Prophet (saw) under the leadership of Shaykh-ul-Islam Dr Muhammad Tahir-ul-Qadri. 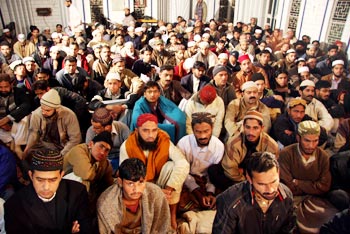 Shaykh-ul-Islam Dr Muhammad Tahir ul Qadri said in his telephonic speech that the programme also coincided with the monthly spiritual gathering of Gosha-e-Durood. He told the participants that the number of Durood offered during the month of December was more than 320 million while its total number has exceeded 6 billion and 70 crores. Shaykh-ul-Islam said it was special favour of the Holy Prophet (saw) on MQI that it was offering Durood and salutation on him.

Shayakh-ul-Islam Dr Muhammad Tahir-ul-Qadri said that the martyrdom of Imam Hussain constitutes that chapter in the human history which enlightened the humanity with the values of life. Through his matchless sacrifice, the Great Imam fostered human values and democratic principles which would stay intact till the Day of Judgment. He said the Muslims were immensely proud of the martyrdom of their Imam but it was regrettable that remembrance of the Imam was confined to a one particular school of thought. Shayh-ul-Islam said Imam Hussain was the Leader of whole universe and the entire world and associating his remembrance with one particular school of thought was but pure ignorance, which will have to be eliminated. Imam Hussain was the grandson of the Holy Prophet (saw) for whom he had great love. It is religious duty of all Muslims, leave alone, any particular Muslim to remember him. He said shedding tears in the grief of martyrdom of Imam Hussain was not an innovation. The holy Prophet (saw) had himself founded it in his holy life. Predicting about the martyrdom of Imam Hussain, the Holy Prophet said to Hazrat Umm-e-Salam (AS) while giving her Karbala soil, “Umm-e-Salma! Remember and keep seeing when this soil turns into blood, conclude that my Hussain had been martyrdom.” 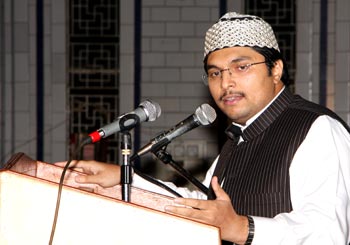 Hazrat Umm-e-Salma says, “I kept that soil safe with me until 60 years hegira passed. The holy month of Moharrum of 61th year dawned. It was about noon on the 10th of Moharrum. I was taking rest. I saw the Holy Prophet (saw) in the dream. He was weeping and tears were gushing out of his blessed eyes. His sacred head and beard were dust-soaked. I asked him as to what this state meant? He replied: ‘Umm-e-Salma, I am just returning from the murder place (Karbala) of Hussain. I have come after seeing the sight of martyrdom of Hussain. “Here Umm-e-Salma saw the Holy Prophet (saw) in her dream, there Hazrat Abdullah Ibne Abbas says: “It was noon’s time and I was taking rest. The Holy Prophet (saw) came in my dream and he was worried. He was holding a small bottle in his hand with a blood in it. I asked him: “O the Prophet of Allah (saw)! What is this blood! He replied: “Ibne Abbas! I have just returned from the murder place of Hussain. This is the blood of Hussain and his companions. I spent the entire day in Karbala and have been collecting the blood of martyrs of Karbala”. Shaykh-ul-Islam said the Holy Prophet (saw) had great love for Imam Hussain. He said this was so because as soon as the Imam Hussain was born, the Holy Prophet (saw) named him himself. This is proof enough of the fact that the Holy Prophet (saw) was aware of the great martyrdom of his grandson. He said it was unfortunate that the grief of Hussain (AS) was confined to one particular sect.

Shaykh-ul-Islam Dr Muhammad Tahir-ul-Qadri said there was a need to revive the Hussaini character, value system and pattern of live and keep beholden to it. Islamic values were being decimated and conspiracies were being hatched against Islam and the Prophet of Islam (saw) today. “MQI is working worldwide to thwart the designs of these evil forces, “he concluded.

Programme concluded at 2:30 am with recital of Durood-o-Salam. 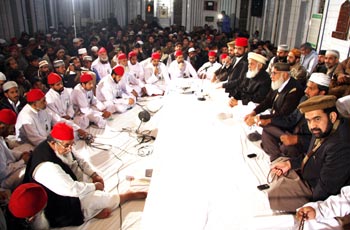 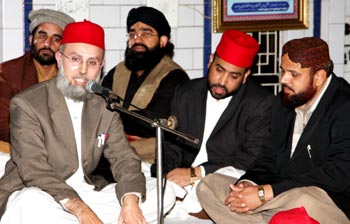 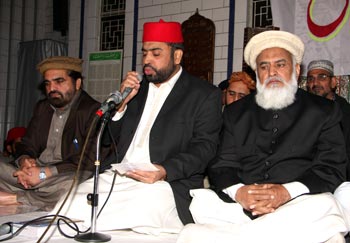 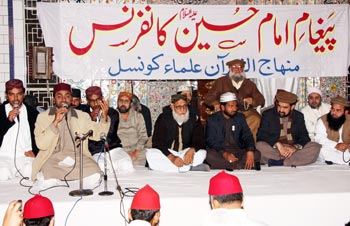 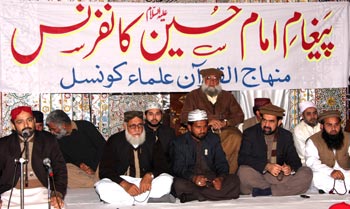 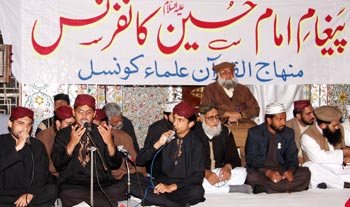 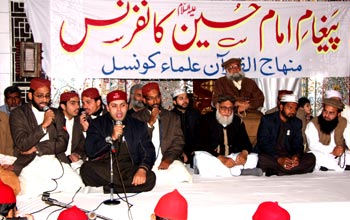 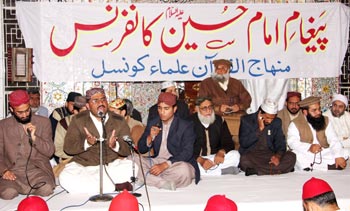 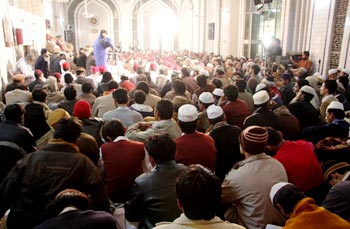 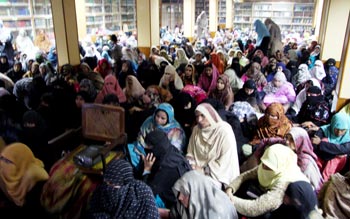