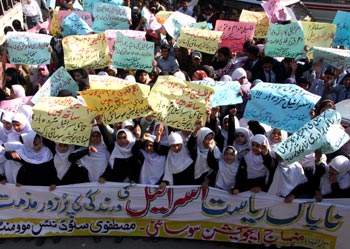 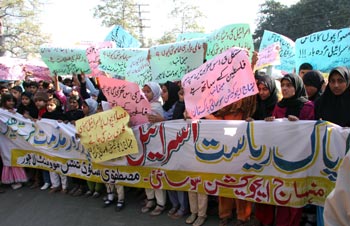 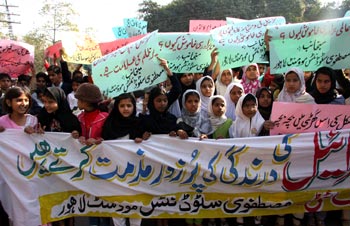 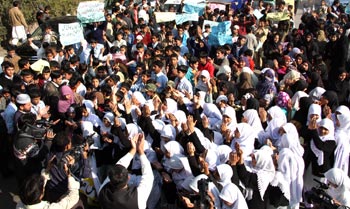 Addressing the children, Shahid Latif Qadri said that more than one thousand innocent people had been martyred at the hands of Israeli barbarians including a large number of children and women. Thousands of them have been rendered displaced due to destruction of their homes by the indiscriminate bombing of Israeli fighter jets. In spite of magnitude of these cruelties, the international community had not woken up to the gravity of the situation. He said that inaction of the Muslim rulers and impotence and double standards of United Nation Security Council had emboldened Israel to further carry out its aggression. "The double standards of the international community were a major hindrance in the establishment of international peace in the world," he said. 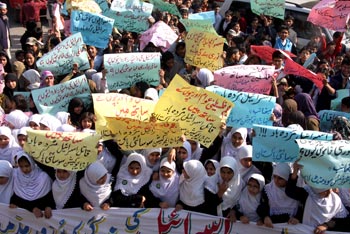 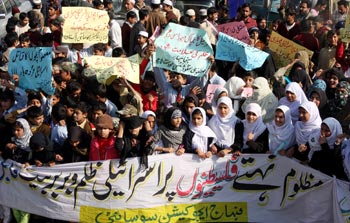 Saifullah Bhatti, Yasir Khan, Zahid Chaudhry and Ali Waqar said in their speeches that children of MES had shown their solidarity with the Palestinian children in this hour of great crisis. Children participating in the protest procession condemned the Israeli aggression and urged the international community to play its due role to rein in Israel. They also asked the Muslim rulers in the Muslim world to move the UNSC for action against Israel. The protest demonstration ended on Dua for the Palestinian Muslims. 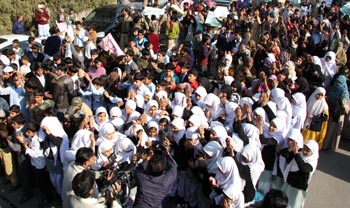