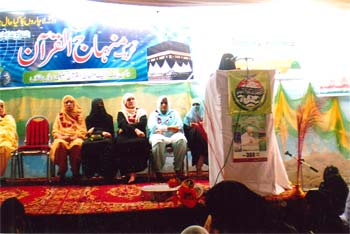 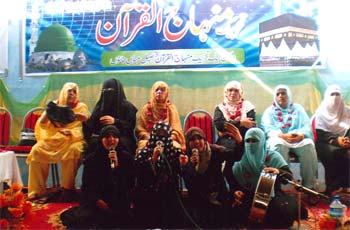 On the 14th March 2009 under the auspices of Minhaj-ul-Qur'an Women League, Mian Chunu, Pakistan, the sisters organized a program to celebrate the birth of the Holy Prophet (s.a.w). Alhamdulillah, the true message of Milaad un Nabi (peace be upon Him and His family) and of Minhaj-Ul-Qur’an was beautifully and powerfully conveyed to the audience of over 2000 sisters through the deliverance of speech and touching nasheeds.

The special guest speaker was Sadaf Iqbal (Central vice Director Minhaj-ul-Qura’n Women League) and the audience listened attentively throughout the whole program. Following on in this beautiful Mehfil-e-Milaad, delightful Naats and Hamds were sung by the Minhaj Naat Council.

The Program ended with Salutations being sent upon the Holy Prophet (s.a.w.) and a collective Du’a. 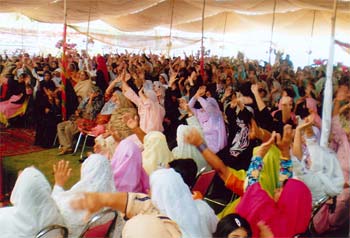 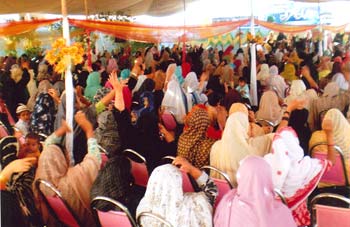