The 20th foundation day of Pakistan Awami Tehreek was celebrated with traditional fervour across the world on May 25, 2009. Central leaders and workers of PAT and MQI took part in the flag-hoisting ceremony in the central secretariat to start the foundation day celebrations. Earlier party members, workers and associates from across the globe made special prayers for security, solidarity of the country and progress of Pakistan Awami Tehreek. Central president of PAT, Faiz-ur-Rehman Durrani, hoisted PAT’s three-coloured flag along with national flag. The participants present on the occasion congratulated each other on the 20th foundation day of PAT.

The main ceremony held to mark the foundation day in the central secretariat was named as ‘Pakistan Peace Conference’, which was presided over by PAT’s central president Faiz-ur-Rehman Durrani. Acting Nazim-e-Ala Sheikh Zahid Fayyaz, Secretary General PAT Anwar Akhtar Advocate, Dr Tanvir Azam Sandhu, Ishtiaq Ahmad Advocate, Javed Iqbal Qadri and other leaders were also present in the ceremony. The proceedings of the programme got underway with the recitation from the Holy Quran followed rectial of Naat. 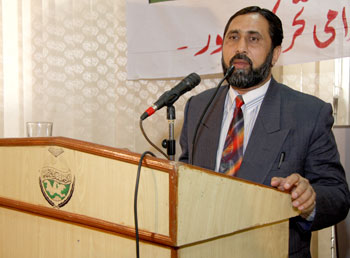 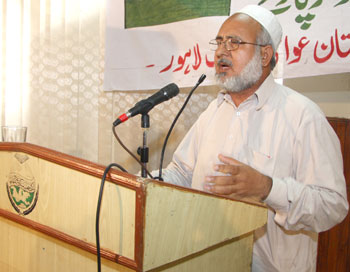 PAT Secretary General Anwar Akhtar Advocate said in his speech that PAT named its foundation day as “Pakistan Peace Conference” in view of prevailing security situation in the country. This is representation of the fact that PAT stands for peace and favours all efforts for the establishment of the same in the country. He said that the country was passing through critical phase of its national life. The government was confronted with the dual challenge of relief and rehabilitation of Internally Displaced Persons of Malakand Division and militancy in the region. Management of internally displaced people is a major challenge for the government. We need to put our heads together and work collectively in these circumstances. He said that it was matter of immense pride that Minhaj Welfare Foundation got into top gear for relief and rehabilitation of our displaced brethren on the instructions of Shaykh-ul-Islam Dr Muhammad Tahir-ul-Qadri. Dozens of trucks carrying relief goods are on their way to the affected areas. Patron-in-Chief of PAT Shaykh-ul-Islam Dr Muhammad Tahir-ul-Qadri is working for promotion of global peace and harmony in the world and this conference is its practical proof. 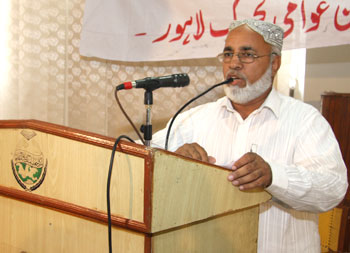 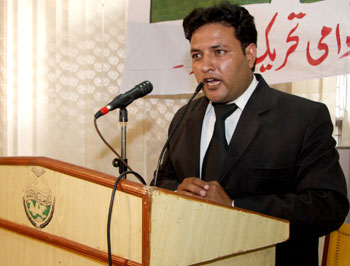 Ishtiaq Ahmad Advocate and other leaders also addressed the conference. The speakers were of the unanimous opinion that what the country needed the most was peace and tranquility. Pakistan Awami Tehreek condemns terrorism and extremism in all its forms and manifestation. The speakers agreed that the government would have to adopt effective strategy to stem this danger of militancy once and for all so that Pakistan could become the land of peace and harmony. The central leaders of PAT cut cake of the foundation day and the ceremony concluded on Dua. 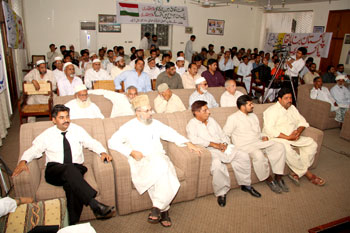 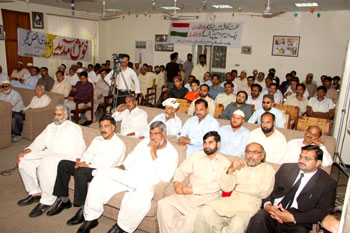 Meanwhile, 20th foundation day of PAT was celebrated with zeal and zest across Pakistan at district, Tehsil and union levels. The PAT local chapters organized special ceremonies by name of “Pakistan Peace Conference’ where the leaders cut cakes and threw light on the role of PAT in the national politics. Different Islamic Cultural and Islamic Centres also held flag hoisting ceremonies in different parts of the world. The speakers threw light on different aspects of political struggle of Shaykh-ul-Islam Dr Muhammad Tahir-ul-Qadri and paid rich tribute to him for his statesmanship. 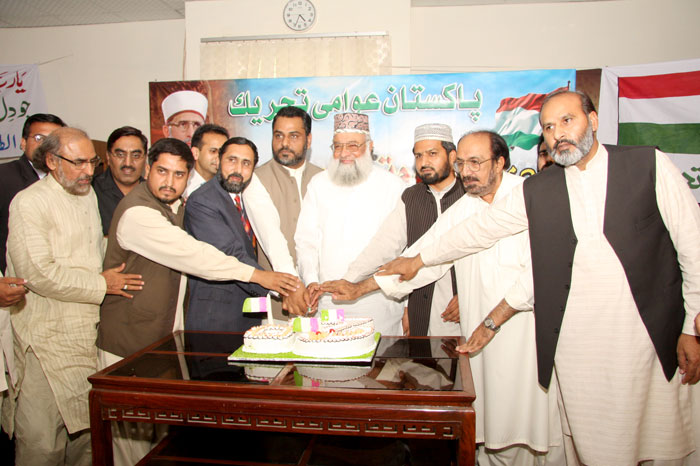