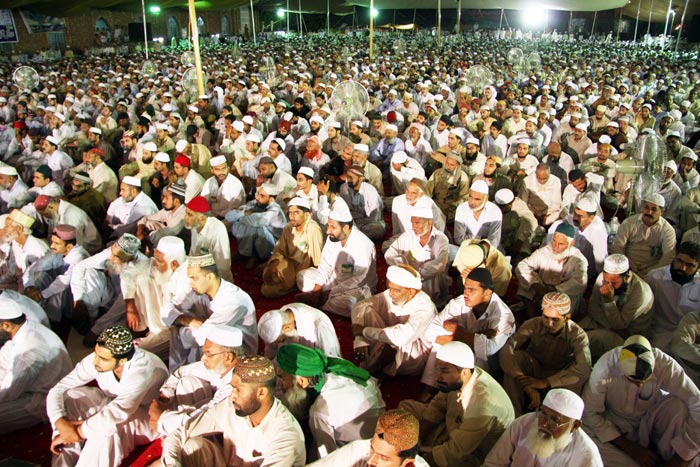 Thousands of people from across Pakistan and abroad joined the Itikaf City of Minhaj-ul-Quran International on September 11, 2009 on Friday evening. The delegations from the foreign countries had started reaching one week ago for participation in this ‘pious gathering marked by understanding of religion, purgation & purification of ill-commanding self and repentance’. People in huge caravans started reaching Jamia al-Minhaj one day prior to the formal beginning of the Itikaf from the far-flung areas of Pakistan. Long lines of people could be seen waiting for their turn to get in from the Fajr prayers on Friday onwards. The people were made to go through strict security check and then allowed to enter the Itikaf city after clearance in the wake of serious security challenges in the country. Stringent security measures are in place on the central gate. Every internal gate has metal detractor installed. In addition to the huge number of law enforcement agencies, MQI’s own security men have been deputed to take care of the security of the Itikaf City. 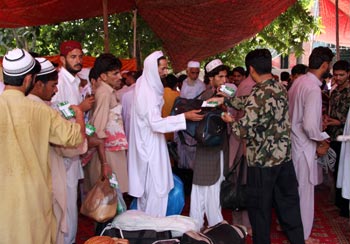 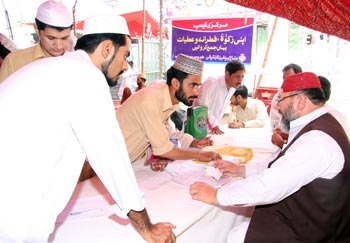 Dr Raheeq Ahmad Abbasi; Secretary General of MQI, Sheikh Zahid Fayyaz and other central leaders of MQI welcomed the respected participants upon their arrival in the Jamia al-Minhaj. Rose petals were showered on them. Separate arrangements have been made for the elderly people.

In his condolence message from Canada, Shaykh-ul-Islam Dr Muhammad Tahir-ul-Qadri condoled with the family of Malik Muhammad Boota. He said in his message that he was faithful and sincere leader of MQI whose services for Islam and MQI would always be remembered. He prayed to Allah Almighty to rest the departed soul in peace and grant patience to the family. 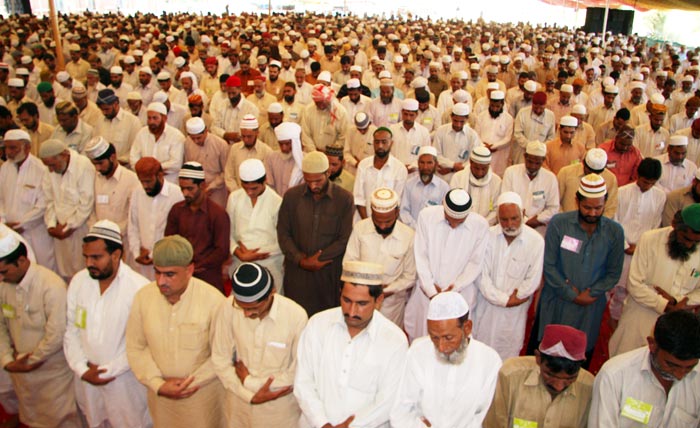 Due to his matchless services for MQI, he was buried in the Rodha-tul-Mukhleseen opposite to the Minhaj University. He is the fourth person who has had the honour of burial there after Tanvir Ahmad Qureshi, Sheikh Muhammad Rafi and Muhammad Ashraf Uppal.

After the Asr prayers, Dr Raheeq Ahmad Abbasi told the media men that MQI is successfully organizing the Itikaf City for the 19th time since its inception. Sheikh Zahid Fayyaz, Ahmad Nawaz Anjum, Jawad Hamid and Mian Zahid Islam were also present on the occasion. He told the journalists that this is the second biggest Itikaf gathering in the entire Islamic world after the one at the Two Holy Mosques. 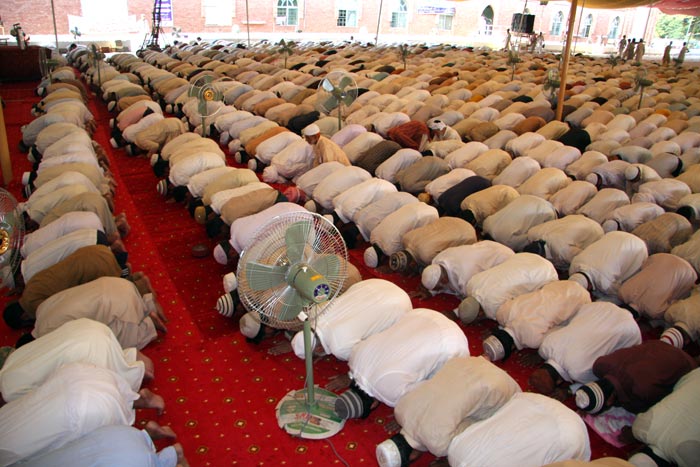 Dr Abbasi said that elaborate arrangements for the cooking of food have been made where the cooking would be done in two shifts with more than 300 people working there.

He told that arrangements were also in place to show the keynote speech of Shaykh-ul-Islam Dr Muhammad Tahir-ul-Qadri live on huge LCD screens. Stalls of his CDs, DVDs and books would also be put up and special concession would be given to the participants of the Itikaf city.

MQI Secretary General said that lists of thousands of people from across the country who got themselves registered have been compiled and selection of people from the general masses was also done through a draw. The central registration camp has been shifted to the Itikaf City for the registration of incoming participants wanting their registration on the occasion. 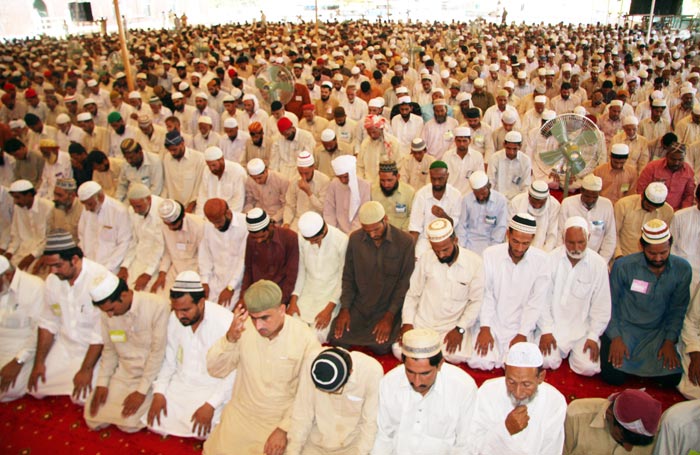 He said that a large number of people from abroad would also participate in the Itikaf and some of them have already started reaching. Minhaj-ul-Quran International’s Directorate of Foreign Affairs has made arrangements for their stay as well as ‘Sahri’ & ‘Iftari’. Vast arrangements for performing ablution and cleanliness have been made in the Itikaf City. In addition to the official security, 2000 men of Minhaj Youth League and Mustafavi Students Movement would also perform the security duty. 700 women would also be deputed to take care of security-related matters in the Women Wing of the Itikaf City.

The leaders of MQI thanked public utilities like PHA, WAPDA, WASA, Police, and district administration for their cooperation to make the Itikaf city a success. They hoped that these bodies would continue to provide their help.

Shaykh-ul-Islam Dr Muhammad Tahir-ul-Qadri spoke to the participants of the Itikaf City after the Isha prayers and Traveh from the foreign country. He welcomed the participants and said that they are lucky people who would spend their ten days and nights in Itikaf in complete devotion to their Lord.