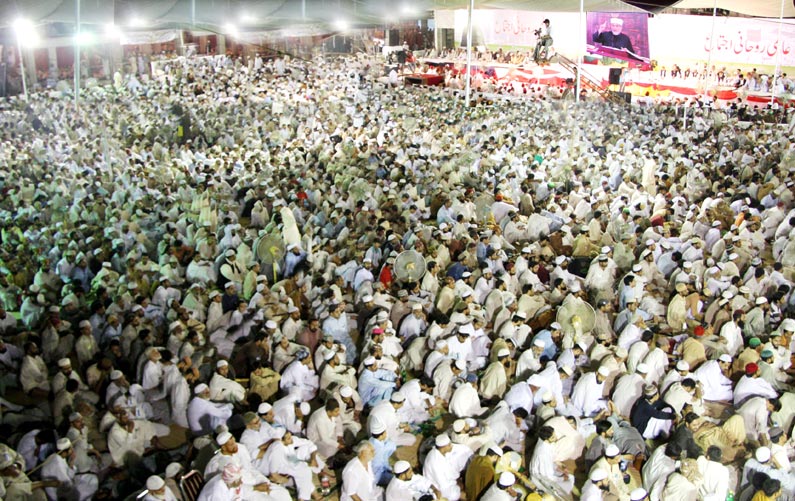 The 19th International Spiritual Gathering 2009 was held on the intervening night of September 17 and 18 in Jamia al-Minhaj, Township, Lahore under the banner of Minhaj-ul-Quran International. Shaykh-ul-Islam Dr Muhammad Tahir-ul-Qadri delivered a special address on the occasion, which was telecast live around the globe via ARY Digital. Millions of people including the thousands of the participants of the Itikaf City watched the speech on their TV screens. 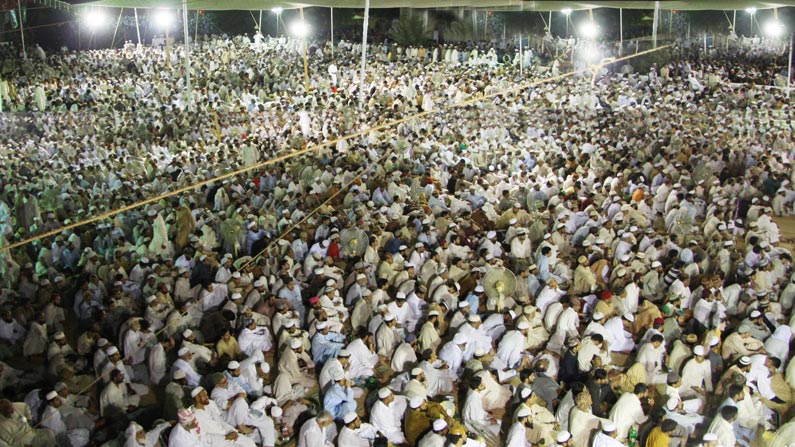 After the Isha and Trahveh prayers, the formal proceedings of the programme got underway with the recitation from the Holy Quran followed by recital of Naat by Minhaj Naat Council, Zaheer Bilali and other Naat Khawans.

Shaykh-ul-Islam Dr Muhammad Tahir-ul-Qadri participated in the International Spiritual Gathering 2009 through video conferencing at 2:15 a.m. His speech started at 2:30 a.m. 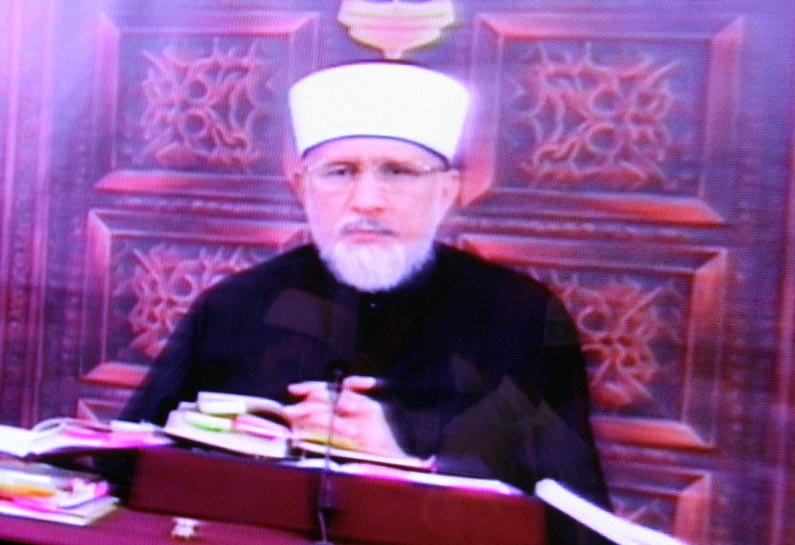 Shaykh-ul-Islam Dr Muhammad Tahir-ul-Qadri chose the subject of “Perquisites of rights of brotherhood and company” in continuation of his lecture series being delivered to the participants of the Itikaf City over the last few days. He said that showing good treatment towards creations of Allah is reverence. One develops regard and reverence when one joins good company. Allah said: when you join someone’s company, do it for the sake and pleasure of Allah. He said that one should make effort to stay in friendship and good relations with the subjects of Allah. He said that in this age characterized by mischief and darkness, everyone is in dire need of having some company which could help him and show him the true path. 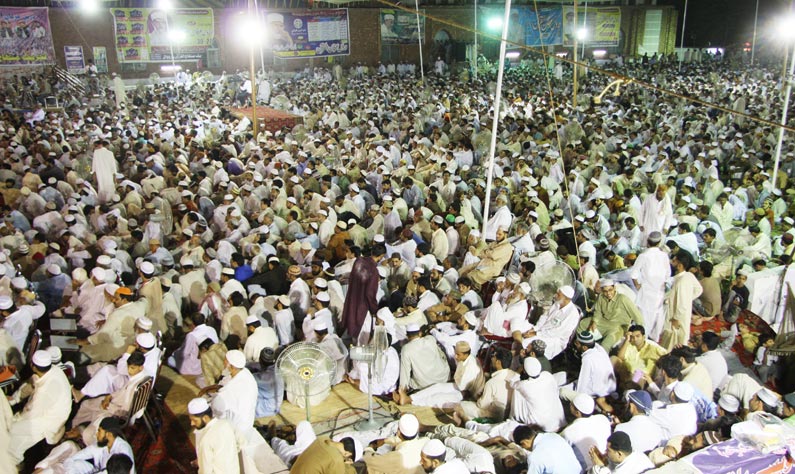 Shaykh-ul-Islam Dr Muhammad Tahir-ul-Qadri said that whether you are associated with Minhaj-ul-Quran International or any other religious organization from which you seek the protection of your faith, you need to keep strong connection with it so that your relation is erected on the firm footing on permanent basis. Those people who are alone going here and there, they need to establish their relationship with one religious organization or the other.

Referring to Prophetic traditions, Shaykh-ul-Islam said that the Holy Prophet (S.A.W) said: If someone is alone and has no attachment with anyone, it is easier for the Satan to lead him astray. Likewise it there are two men, it would be relatively difficult for the Satan to misguide them. If they are three men, it makes it more difficult for him to lead them into error. 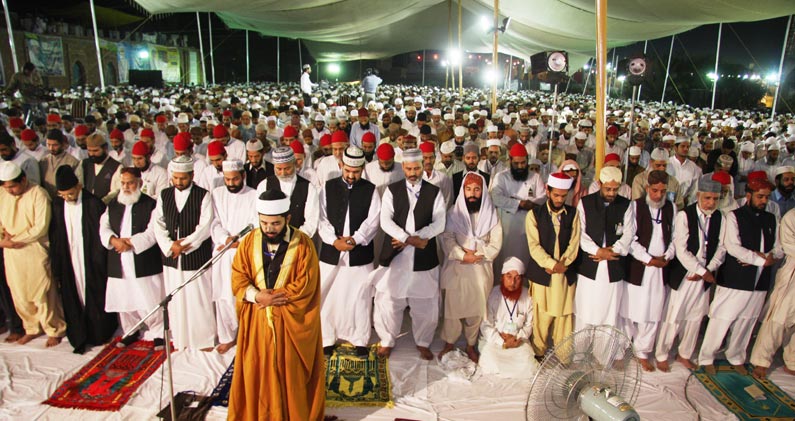 Shaykh-ul-Islam Dr Muhammad Tahir-ul-Qadri said that those people who have established their relationship with one religious organization or the other or any institution or media channel with a view to strengthening their faith, are the ones who are protecting their faith. He said that the faith of the Muslims was being eroded through a number of ways such as attack on its culture and civilization, free mixing and media war perpetuated against Islam. Hundreds of attacks were being carried out against the Muslims from across all sides to weaken the faith of the Muslims in creative ways. How could one keep one’s faith secure and protected in such an environment? People need to find a leader or a mentor or a company of pious people who could steer their ship of the faith from the unchartered waters and lead them to the safe shores. 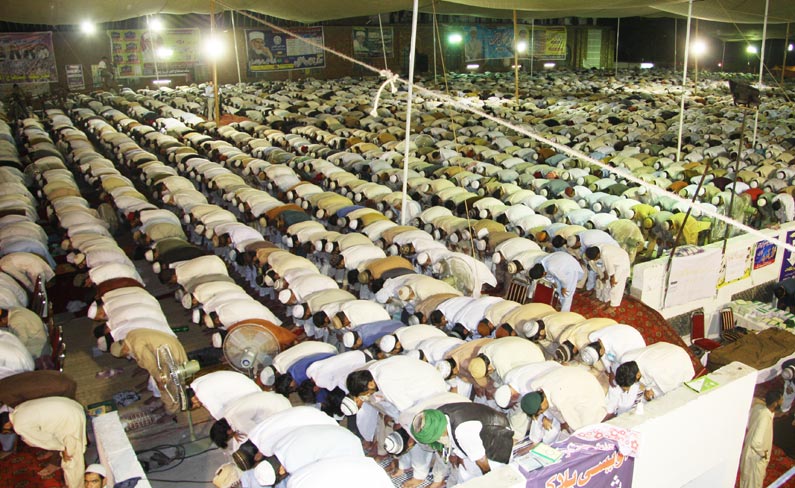 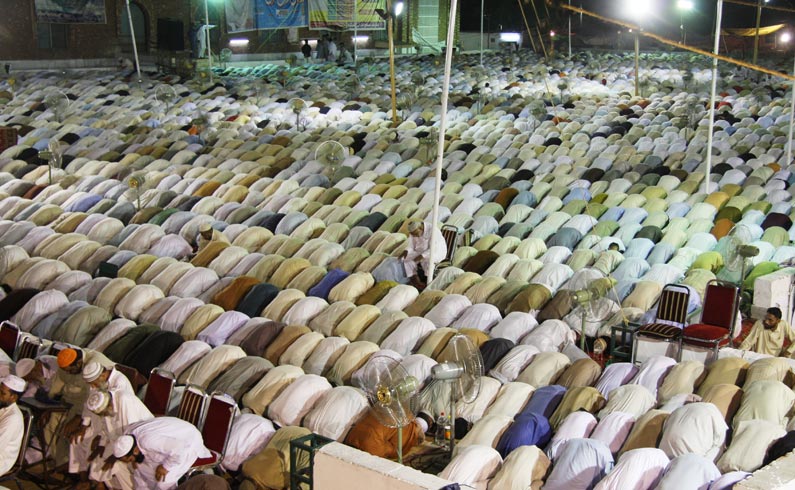 He said that Allah Almighty has ordained the believers in the Holy Quran to stay put in the blessed company of the Friends of Allah who keep remembering Him day in and day out and who are continuously waiting for His mercy. Abu Jafer addaad says that loving and extending the respect to the Friends of Allah is to love Allah in fact. In the like manner, the Holy Prophet (S.A.W) instructed the Companions to adopt his company even if they were away from him. The Holy Prophet said: when you would meet for the sake of Allah, you would talk of good thing among yourself. When you see the people who have established company for the sake of Allah and it reminds you of Him, think that it is true. If you do not find such people and whosoever you make friendship with, it should be driven by the single purpose i.e. pleasure of Allah.

Quoting the hadith mentioned in Bukhari and Muslim, he said that the Holy Prophet (S.A.W) said: The best from amongst you are those who remind you of Allah when you see them. He said on the occasion that he never claimed that MQI had the maximum collection of people. We are serving the religion of Allah and do not make any claim.

Enunciating the concept of repentance and forgiveness from the lives of the Friends of Allah, Shaykh-ul-Islam Dr Muhammad Tahir-ul-Qadri warned people that the lives we were living were leading us into misguidance and error. We would have to take recourse to Allah for reforms in our affairs. He said that such was t state of mind of Allah’s Friends that they would beseech their Lord weeping day in and day out for repentance and forgiveness. We would have to follow these saints in their footprints today for seeking Divine forgiveness. 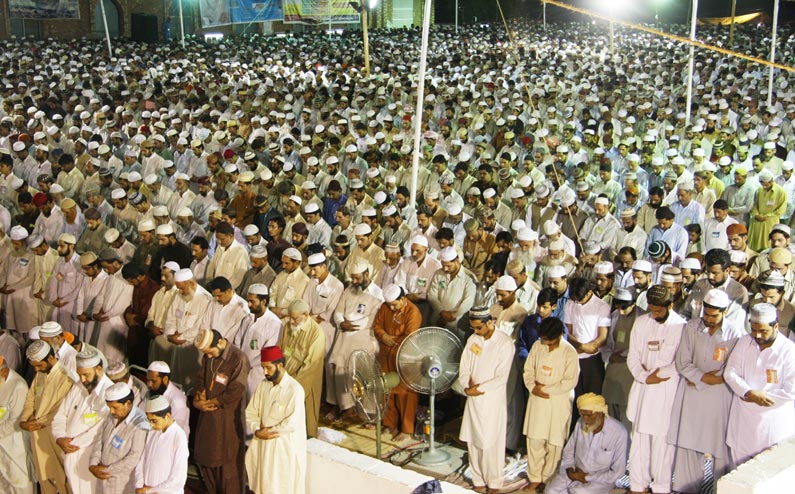 He led a collective Dua for repentance, forgiveness, peace and progress of Pakistan and Muslim Umma. The Dua of Shaykh-ul-Islam Dr Muhammad Tahir-ul-Qadri made the atmosphere somber. International Spiritual Gathering came to an end at 4:45 a.m. 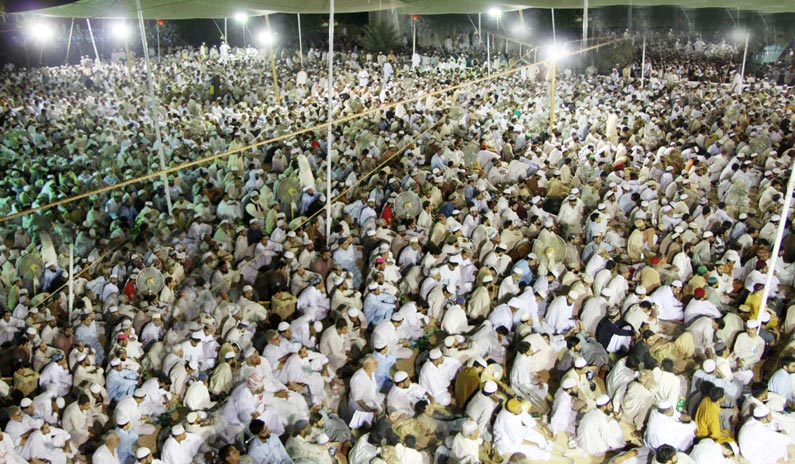