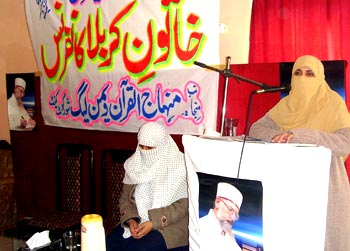 Sayyida Zainab Conference was organized by Minhaj-ul-Quran Women League Shorkot Tanzeem which was attended by women in hundreds. Doctors, lecturers and the University students also participated in the conference. The program started with the recitation of the Holy Quran followed by beautiful Nasheed and Manqabat. Mohtarma Shauqia Tabassam extended warm reception to the participants. Mohtarma Fareeha Khan from central Minhaj-ul-Quran Women League was the distinguished participant. Ex-president MWL Faisalabad Mohtarma Akhtar Kulsum also participated in the conference. While addressing the conference Ms Fareeha Khan said that Sayyida Zainab offered her great sacrifice to bless the dignity of humankind with survival and secure the real spirit of Din. The venerable members of the Ahl-e-Bait set living examples to exalt and promote Din-e-Islam. She laid great stress on following the footsteps of Sayyida Zainab to put an end to the current ordeal faced by our people in the form of terrorism. Mohtarma Akhtar Kulsum spoke on reformation and correction of the beliefs in the light of teachings of Shaykh-ul-Islam. The program came to an end with special supplication made by Ms Fareeha Khan. 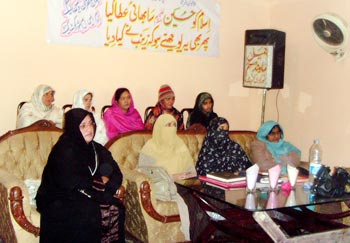 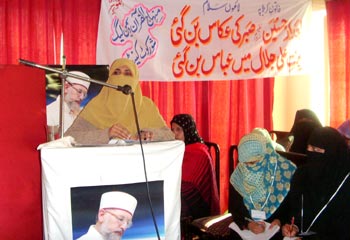 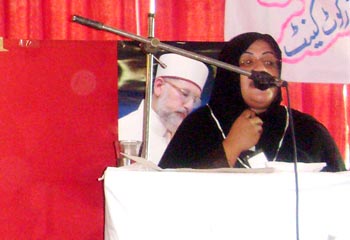 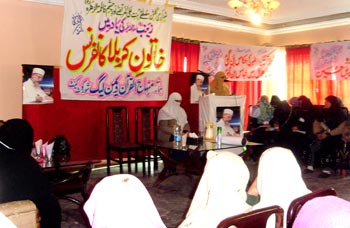