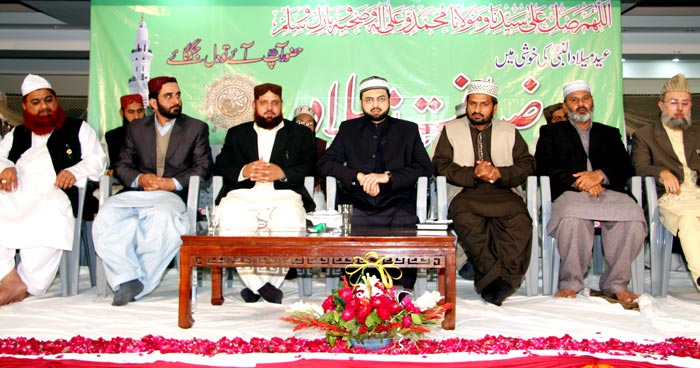 On 23rd February 2010, a grand ceremony of Milad feast was held in the central secretariat under the banner of Minhaj-ul-Quran Ulama Council, which was presided over by Sahibzada Hassan Mohi-ud-Din Qadri, president of MQI's Supreme Council. Allama Muhammad Asghar Saddiqui, principal of Jamia Saddiquia Bagbanpura, Mufti Muhammad Zaman Ayazi, principal of Jamia Farooqia Iqbal Town, Sahibzada Muhammad Shahzad Mujadadi, renowned religious scholar and president of Ulama Council, and Hafiz Abdul Qayyum from Rahim Yar Khan were the guests of honour on the occasion. Besides, a large number of religious scholars from across Lahore also attended the Milad feast. 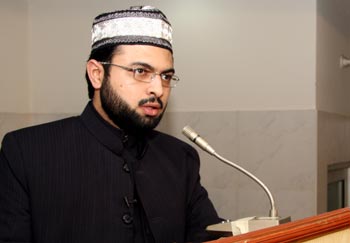 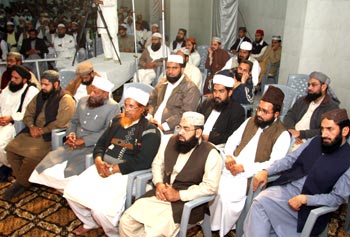 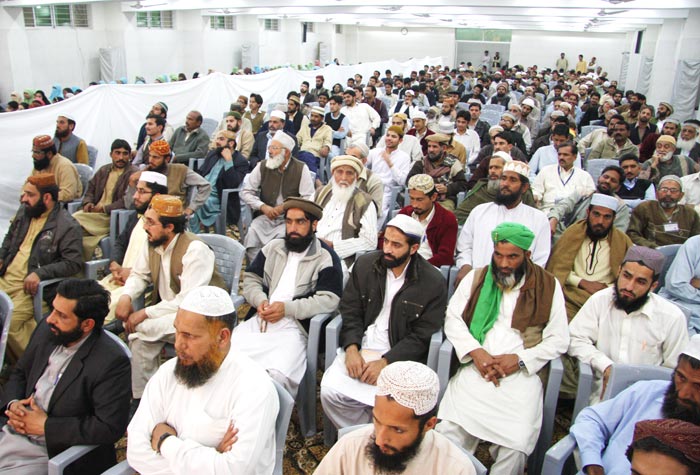 The formal proceedings of the programme got underway with recitation from the Holy Quran by renowned Qari Syed Sadaqat Ali followed by Na’t.

Speaking on the occasion, Syed Farhat Hussain Shah, Secretary General of Minhaj Ulama Council, said that the message behind holding such spiritual gatherings and Milad feasts pertains to promoting the love of the Holy Prophet (blessings and peace be upon him) the world over. International Mawlid-un-Nabi Conference to be held on the historic Minar-e-Pakistan on the intervening nigh between 11th and 12th of the holy month of Rabi-ul-Awwal would be the peak point of this exercise. He said that Shaykh-ul-Islam Dr Muhammad Tahir-ul-Qadri is promoting the love for the Holy Prophet (blessings and peace be upon him) in the world to defeat the forces of extremism and terrorism, which were hell bent on bringing a bad name to Islam.

In his presidential address, Sahibzada Hassan Mohi-ud-Din Qadri said that Minhaj-ul-Quran International is an international movement dedicated to promotion of peace, harmony and interfaith dialogue since this is also the essential message of Islam. The conduct of International Mawlid-un-Nabi Conference is a grand call for peace in that regard. He said that diverse contributions of Shaykh-ul-Islam Dr Muhammad Tahir-ul-Qadri are getting known to different parts of the world and we need to strengthen our efforts to achieve the success of his peace initiative for peaceful world. He is busy projecting the real message of Islam in a hostile environment defined by stereotypes about Islam and Muslims.

Sahibzada Hassan Mohi-ud-Din Qadri told the audience that he has authored a book about 99 spiritualists of Islamic history during his stay at Cairo which is presently undergoing the printing phase. He said that Allah Almighty sends people for the revival of faith in accordance with the contemporary demands in every age and Shaykh-ul-Islam Dr Muhammad Tahir-ul-Qadri is one of those rare breed of distinguished people who have played their role in the revival of spiritual values and traditions in the society. Under his dynamic and untiring leadership, MQI has turned out to be a harbinger of peace, harmony and interfaith dialogue. 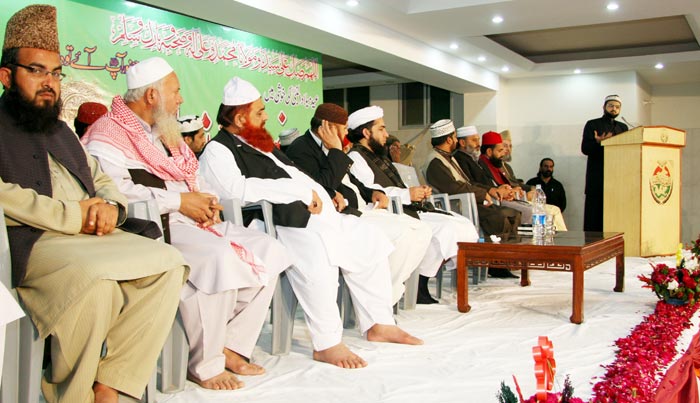