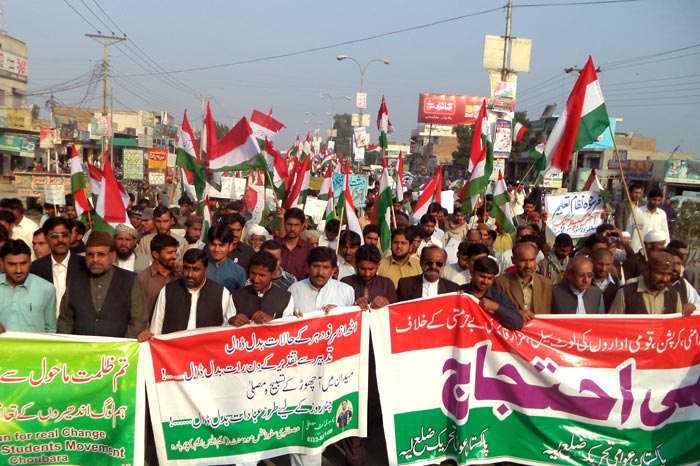 Addressing the rally, Sardar Shakir Mazari said that the government’s insistence on the option of talks in response to a flurry of terrorist incidents in the country was both ridiculous as well as dangerous. He said that the nation expected of the government to take action against those who had challenged the writ of the state, killed thousands of people including security forces and destroyed national installations. He said that the policy of reaction at the place of action was responsible for taking things to this level where they had come. What exacerbated the problem was the government’s inability to trace the root of the menace of terrorism and determine the reality of mischief of terrorism, he said. He said that we committed the violation of the Quranic injunctions when we dithered in our response to terrorism and failed to eradicate it. 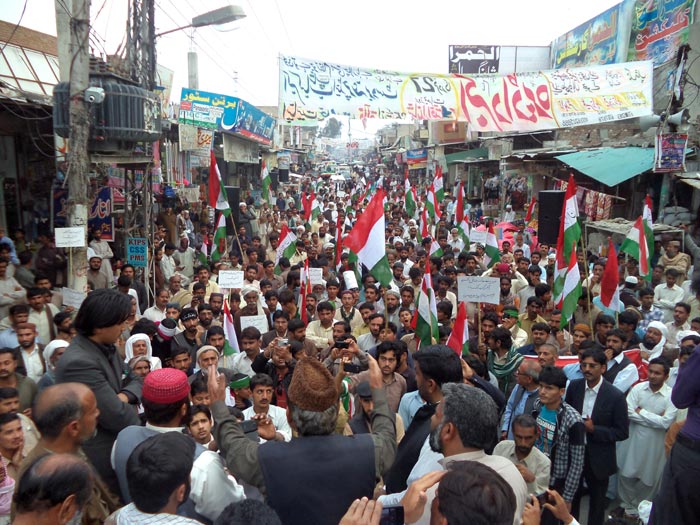 Sardar Shakir Mazari said that the government’s conduct should be in sync with the commandments of Allah Almighty and the Holy Prophet (peace be upon him). He demanded that the farce of talks should be ended and the back of the terrorists should be broken with full might of the state. He said that the Hadith books were clear on the fact that those who raised a banner of revolt against the state by starting armed struggle, and killed people mercilessly deserved no clemency and should be crushed to death. He said that the modern-day scourge of terrorism was continuation of ‘Fitna-e-Khawarij’. He said that we supported the armed forces of Pakistan in their struggle to eliminate terrorism and stood shoulder to shoulder with them till the complete elimination of the menace.

Zonal Nazim Chaudhry Qamar Abbas said in his speech that the first seven months of the present government were quite painful for the people. He said that foreign debt, price hike, terrorism and unemployment registered an unprecedented surge, adding that the current leadership neither had the vision nor the ability to steer the people out of the unchartered waters. He said that those who were ‘elected’ to the assemblies as a result of fraudulent election process based on rigging and corrupt practices were not interested to resolve people’s issues. He said that revolution was the only solution to the myriad of problems the country was stuck up in. 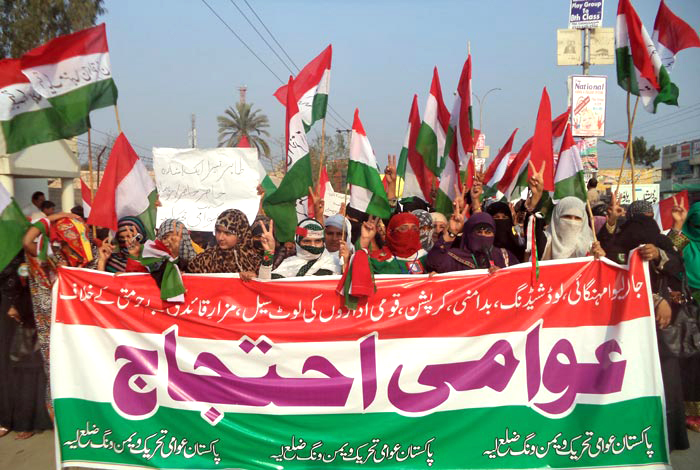 Chaudhry Qamar Abbas said that the state-owned enterprises were being sold for merely a pittance in the name of privatization, adding that both the buyers and the sellers had a shared agenda of maximizing their gains by indulging in loot-sale. He said that the masses were being kept confused on the matters of terrorism on the other hand. He said that the option of talks paved the way for destruction.

Addressing the participants of the rally, District Nazim Sheikh Tahir Salman said that the present system of democracy had kept the country deprived of basic necessities of life. He said that the people did not have access to the minimum necessities, further saying that the unemployed educated youth were becoming part of crime syndicates in the absence of any job opportunities while the government looked the other way. He said that peaceful, democratic change was the only answer to the problems facing the country. 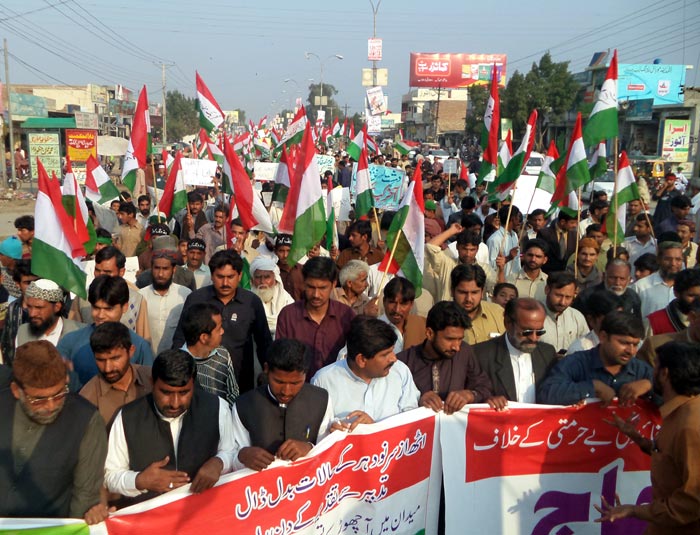 President of PAT Chaudhry Khizar Abbas said in his remarks in the rally that the prayer of revolution would be established soon on the call of Shaykh-ul-Islam Dr Muhammad Tahir-ul-Qadri. He said that revolution would usher in a new era of progress and prosperity and corruption and lawlessness would come to an end. He said that Dr Qadri’s message was resonating with the people across the country and the people were joining PAT in flocks. He said that the time was not far when ten million people would take to streets for restoration of their rights. 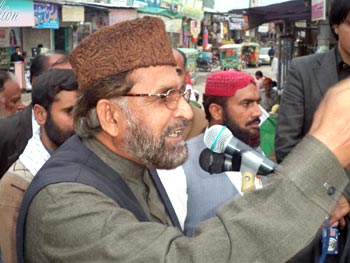 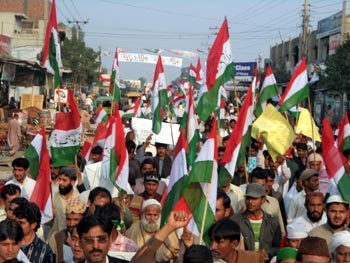 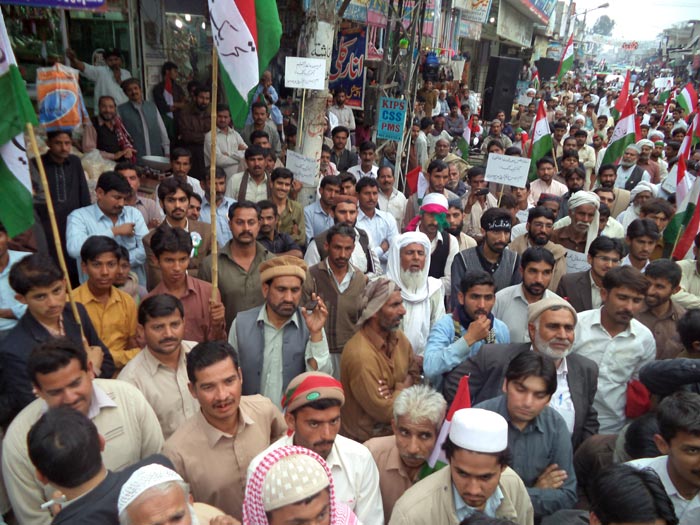 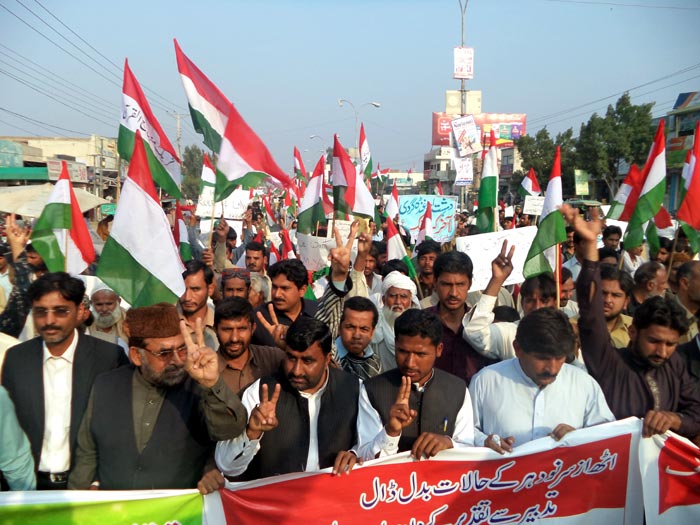 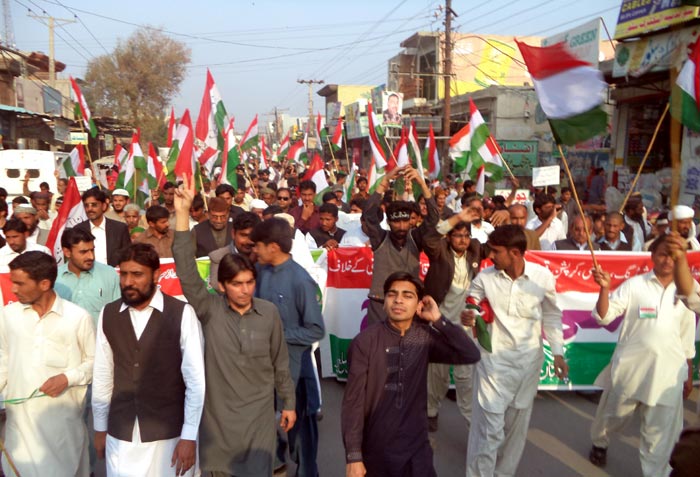 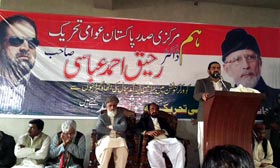 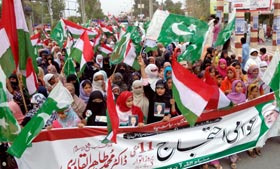 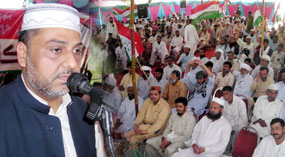 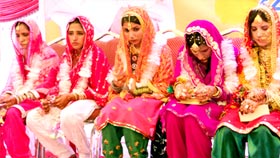