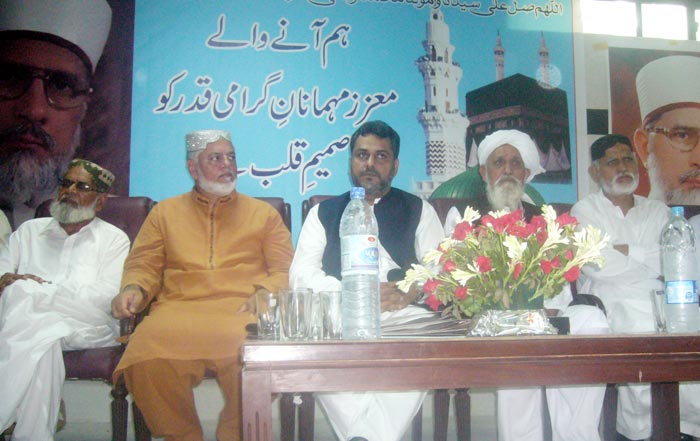 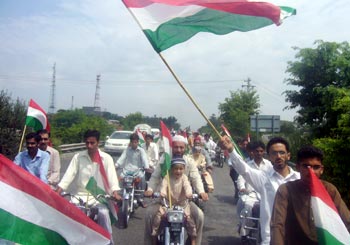 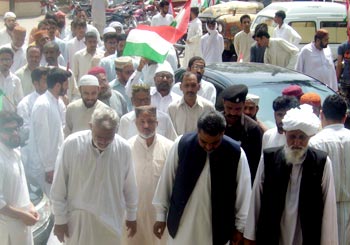 The proceedings of the Convention started with the recitation from the Holy Quran by Hafiz Muhammad Islam Golaravi, whereas six-year old Aansa Dilawaiz presented Naat with ‘daff’. Husnain Brothers and Tariq Mahmood Fazali of Mustafavi Naat Council also recited Naat. Muhammad Shafiq Mustafavi conducted the proceedings in a befitting manner. 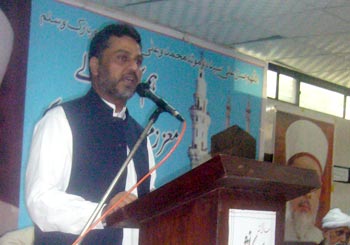 Acting Secretary General Sheikh Zahid Fayyaz talked about the purpose of ‘Bedari e Shaoor’ and responsibilities of the workers in this regard. He said that MQI is fully aware of its religious, moral, spiritual and social responsibilities and conveying the same message to people. He urged the workers to present people the book of Shaykh-ul-Islam and their own character so that people join the fold of MQI.

Dr Muhammad Wajid Mustafavi thanked the guests at the end of the programme and the Convention came to an end with the Dua of Pir Sayyid Siddique Hussain Shah. 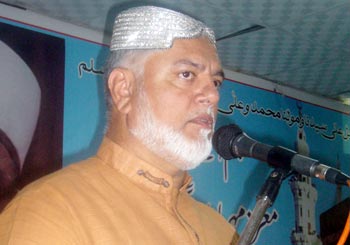 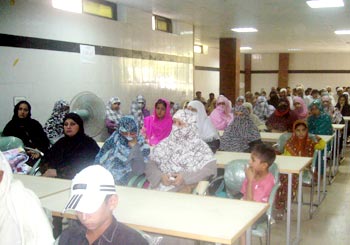 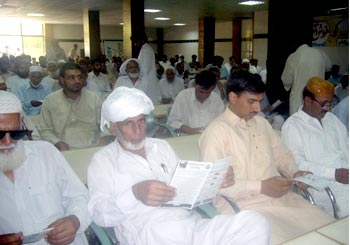 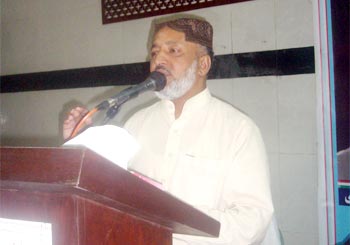 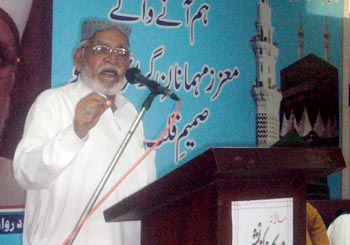 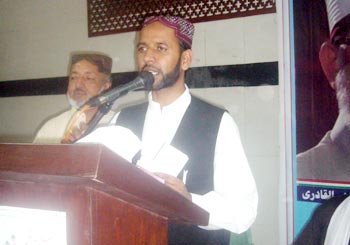