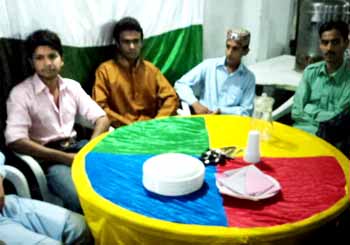 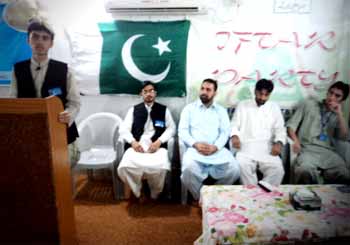 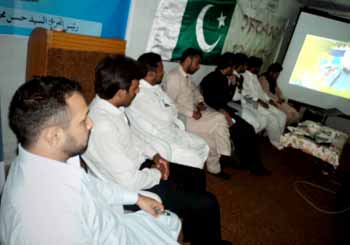 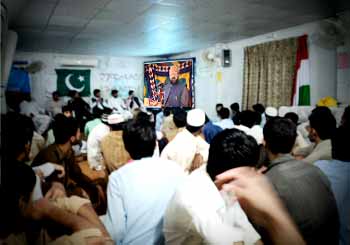 The program started with the recitation of Holy Quran by Training and Dawa Secretary MSM (I-9 Sector) Hafiz Shahid. The recitation of the Holy Quran was followed with Naat by Mr. Farhan. Atif Mehmood was stage secretary who conducted the proceedings in a befitting manner. 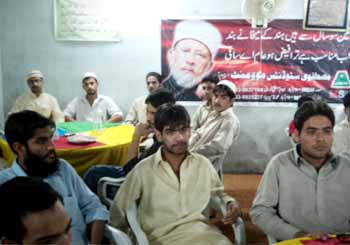 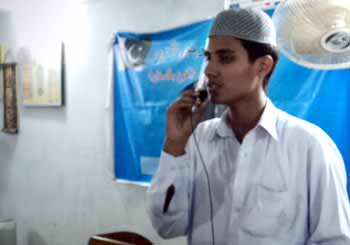 President MSM Islamabad Muhammad Qasim Mirza welcomed all the guests. He said that today Pakistan is facing most crucial challenges. The Ideology of Pakistan has been consigned to oblivion. Politically, economically, educationally, socially and culturally, we are behaving like slaves. He further added that imperialism has taken deep roots in our society. The only solution to all these problems is to stand up against this slavery, he added and foil the conspiracy against the motherland.

After this, Shaykh-ul-Islam Dr. Muhammad Tahir-ul-Qadri’s lectures about awareness campaign were displayed on the projector screen to the guests. More than 130 students attended the lectures.

After the Iftar, Central General Secretary MSM Pakistan Hafiz Abdul Ghaffar Mustafavi addressed the students. He said that the existing system of Pakistan has become a curse for the whole nation. He added that we are no more a free nation. Today, the Muslim world has become a slave to imperialism. We cannot attain real sovereignty unless the Muslim nations strengthen themselves in the fields of education, economy, science and technology. He further said that if we want to get rid of this system then we have to struggle to bring peace and prosperity in Pakistan.