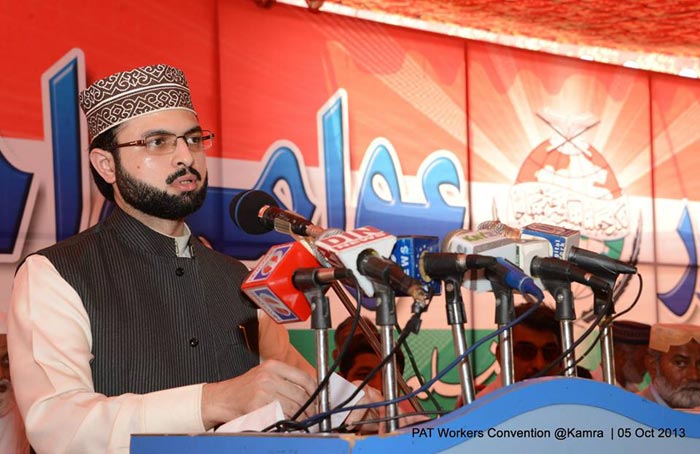 Those who have put the state enterprises on loot sale are near to being put on the ‘loot sale’ themselves. Equipped with courage, the masses will soon rise to put the plunderers ‘on sale’ for petty bucks. Dr Tahir-ul-Qadri has given a call of two million ‘Namazis’ not voters to set up the ‘jamat of revolution’ who will continue to stay steadfast until the demise of exploitative and oppressive politics. The workers of PAT should be ready to welcome two million ‘Namazis’ and make arrangements for ‘Namaz of revolution’, which will surely be led by Dr Tahir-ul-Qadri. This will herald the dawn of revolution in Pakistan.

These views were expressed by Dr Hassan Mohi-ud-Din Qadri, Chairman of MQI’s Supreme Council, while addressing a big public awareness gathering in Kamra organized by PAT (Kamra chapter) on Sunday. PAT Secretary General Khurram Nawaz Gundapur, Ahmad Nawaz Anjum, PAT’s Secretary Information Qazi Faiz-ul-Islam, Raja Sajid Mahmood, and leaders of PAT and MQI (Kamra) were also present on the occasion. More than 20,000 men and women attended the public meeting. Stringent security arrangements were made on the occasion including the heavy police presence. Dr Hassan Mohi-ud-Din Qadri was taken to the main venue in a big rally. The workers chanted slogans.

Dr Hassan said that change would not come in Pakistan in the presence of corrupt electoral system. He said that Tsunami of oppression was sweeping away the rights of the people, adding that the current electoral system was instrumental in putting the one corrupt generation of the ruling elite after the other into positions of authority and politics. He said that Allah Almighty commands us not to vote for the oppressors, adding that disobedience of this command resulted in punishment to the people on daily basis. 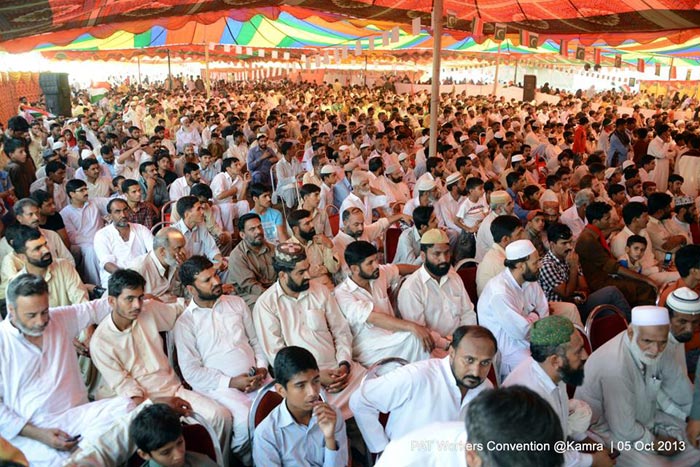 He said that Dr Tahir-ul-Qadri had warned the nation about the ills of the electoral system well before the conduct of elections but the nation did not stand up for change and thus the opportunity to change one’s destiny through vote was lost. He said that if a nation, despite having the prowess and capacity to eliminate system of oppression did not act, it became deserving of God’s wrath and torment. He said that earthquake, economic crises, breakup with blood relations, and disobedience of children were various forms of torment, which had engulfed the nation.

Dr Hassan Mohi-ud-Qadri further said that India adopted the ‘vote for none’ option to strengthen democracy but the people in Pakistan were being robbed of this right in the name of so-called democracy. He said that the Pakistani people were shackled in the system of oppression. He said that essential ingredients of democracy that empowered the people had been defanged and all tricks in the book that perpetuated the dynastic politics were being promoted for the sake of the vested interests. He said that everyone had to play his individual role to make democracy pure and truly representative. 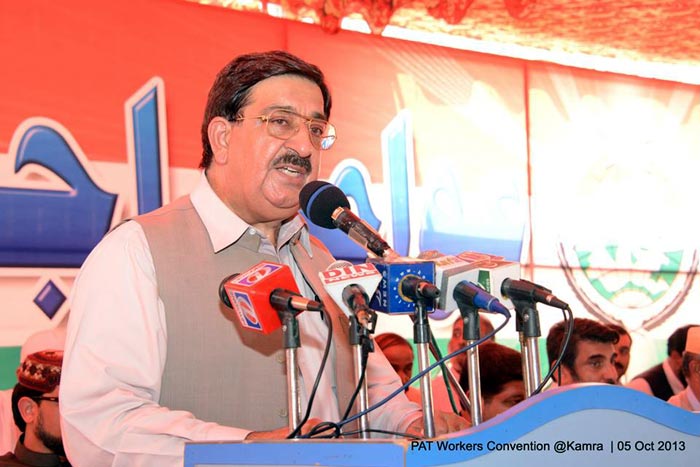 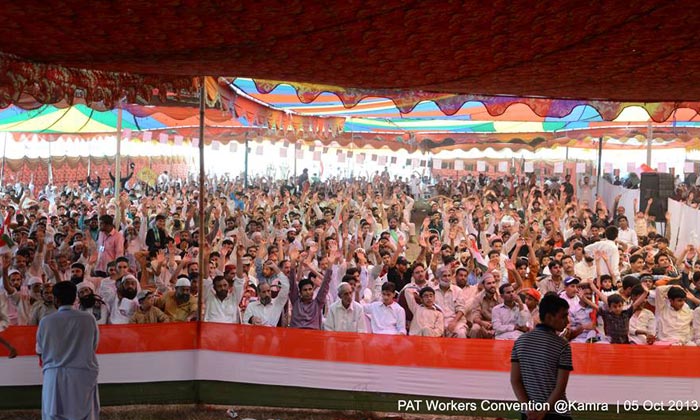 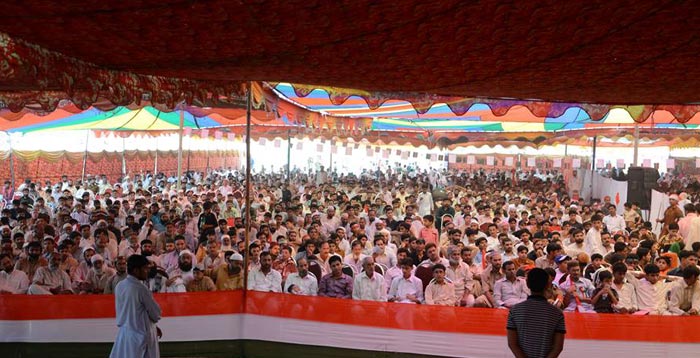 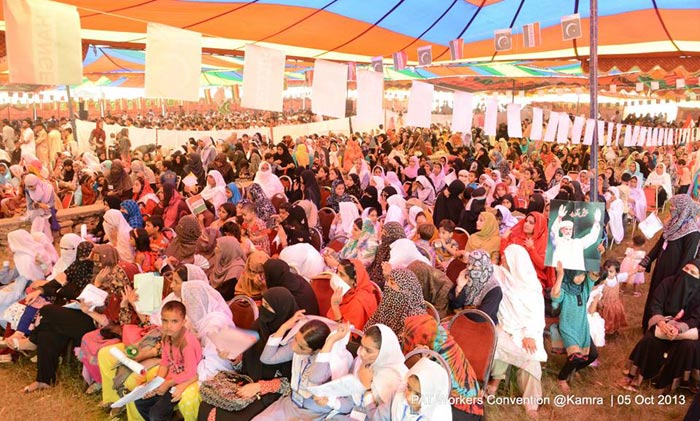 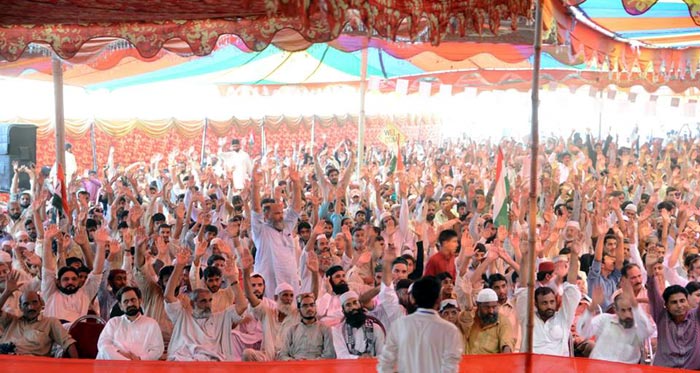 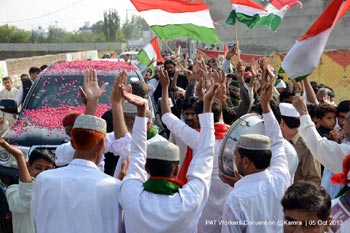 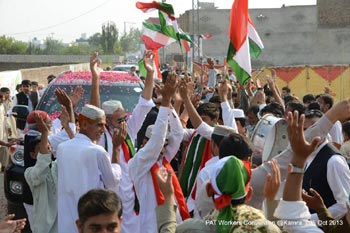 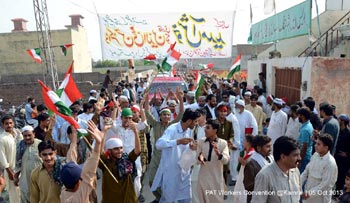 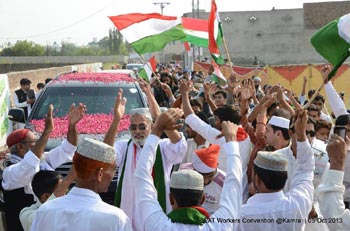