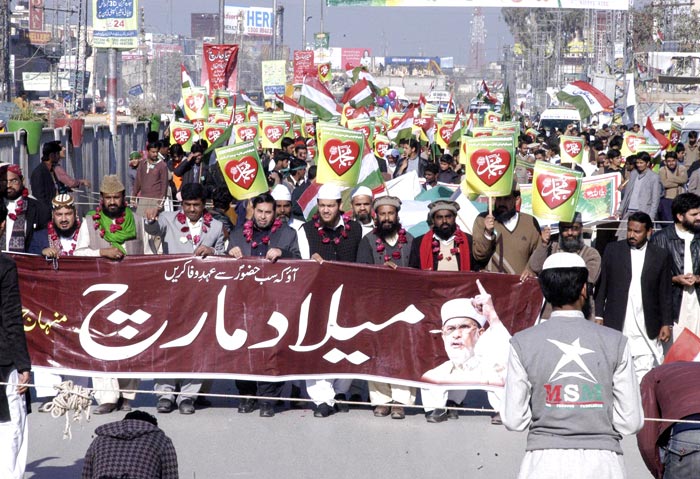 A huge Milad March was held here on January 29 under the aegis of Minhaj-ul-Quran Youth League (MYL) in connection with the birth anniversary of the Holy Prophet Hazrat Muhammad (Peace Be Upon Him).

The march began from Chandni Chowk and culminated at Committee Chowk. 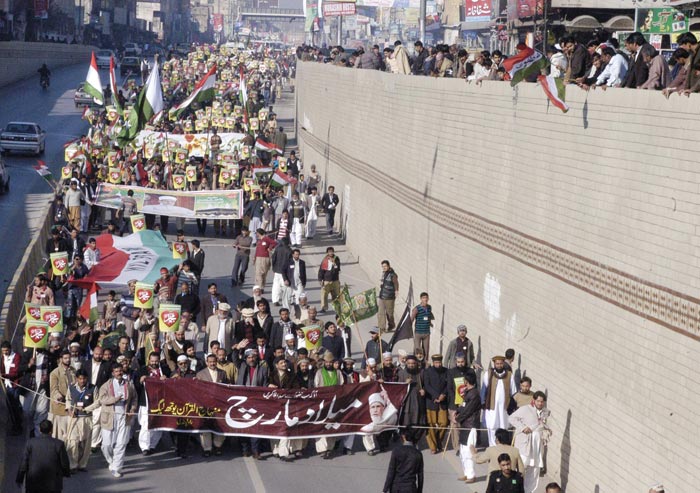 Thousands of people from all walks of life, including associates, workers and office-bearers of Minhaj-ul-Quran from the twin cities of Rawalpindi and Islamabad participated in the march.

The participants of the march were chanting slogans and holding banners and placards inscribed with slogans such as:” We are lovers of our Holy Prophet”, “We are the servants of our Holy Prophet” and “The month of happiness and blessings has arrived”. Many people were also holding posters of Shaykh-ul-Islam Dr. Muhammad Tahir-ul-Qadri, the patron in chief of Minhaj-ul-Quran International. 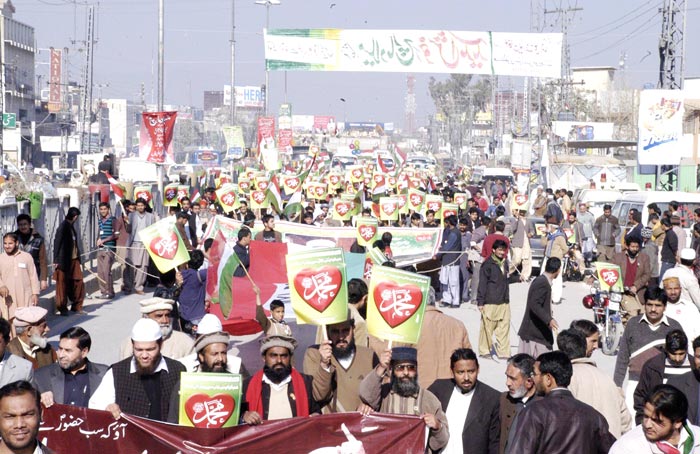 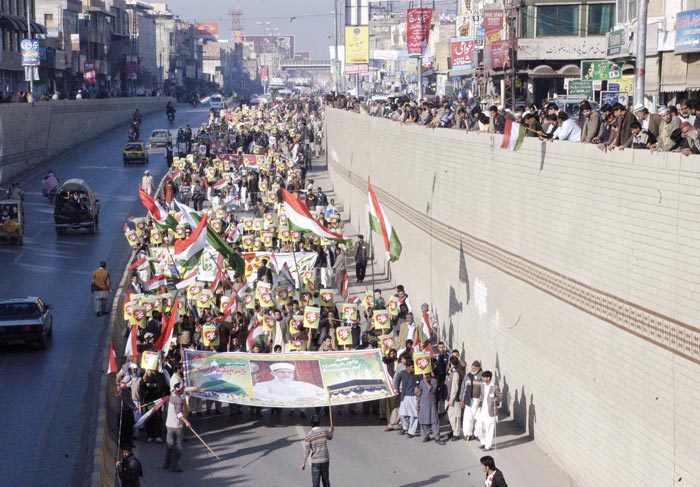 The Patron in Chief of Minhaj-ul-Quran International Shaykh-ul-Islam Dr. Muhammad Tahir-ul-Qadri addressed the rally by telephone. He greeted MYL office-bearers, workers and people on the arrival of Rabi-ul-Awwal.

“The birth anniversary of the Holy Prophet (Peace Be Upon Him) is an occasion to demonstrate inter-religious unity and this continues to be the purpose behind the Milad March,” he said.

He said the message of Holy Prophet (Peace Be Upon Him) was love and peace and throughout his life he preached respect for others, brotherhood and reconciliation.

He said that the country was passing through a critical time and under such circumstances there was an urgent need to follow the teachings of the Holy Prophet (Peace Be Upon Him). 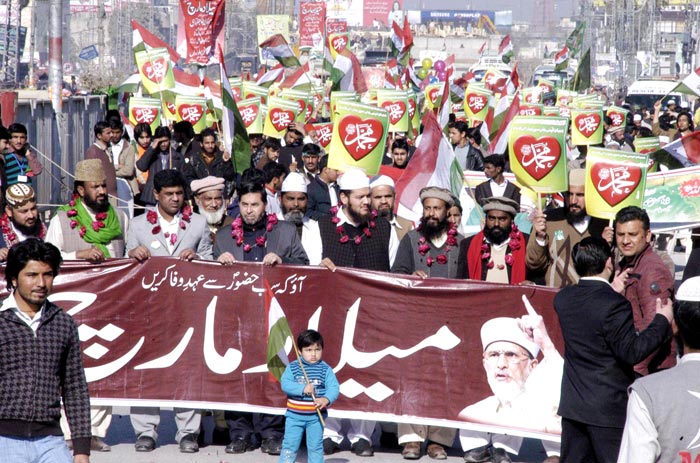 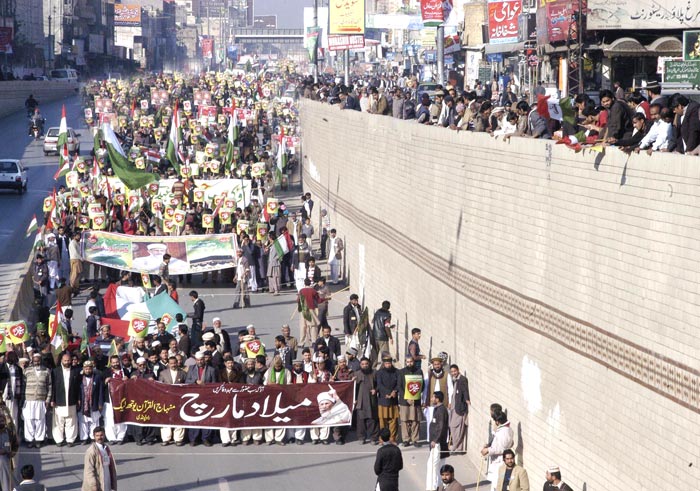 Senior Deputy Secretary General of MQI Sheikh Zahid Fayyaz explained the purpose of the march and said all of us had gathered here today in order to show our love and respect for the Holy Prophet (Peace Be Upon Him). He said the largest gathering of Eid Milad-un-Nabi of the world would be held on 12th Rabi-ul-Awwal in Lahore, which besides others would be addressed by Dr. Muhammad Tahir-ul-Qadri. 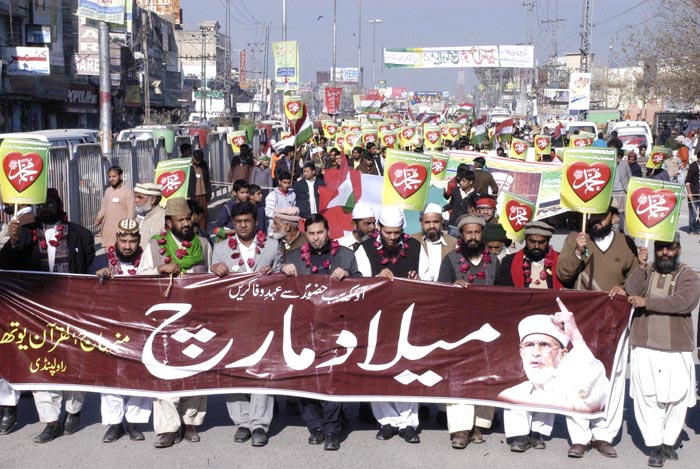