The meeting started with the recitation of the Holy Quran followed by a Naat in the honour of the Prophet (PBUH). In her opening remarks, Tahmina Qayyum welcomed the guests and thanked them for sparing time to attend the important meeting. She also briefed the participants about aims and objectives of the meeting. 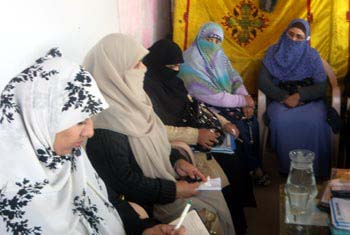 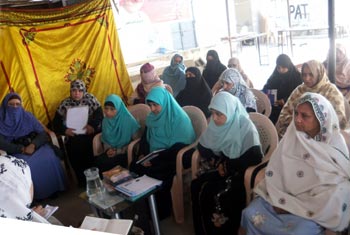 Every nominee was carefully scrutinized keeping in view her job description and suitability to perform if selected. After thorough and detailed consultations, the new body of MWL Rawalpindi was announced.

Speaking on the occasion, the newly elected Secretary General, Ms Gull e Rana, said that taking up new assignments was a challenge that required complete dedication, commitment and hard work. She said that women had a great role to play in the peaceful and democratic struggle for change in the country’s electoral system. She further said that no nation could progress without taking its women along. She said that Shaykh-ul-Islam had great expectations from us and we should rise to the occasion through our contributions. She hoped that all new office bearers would put in their best efforts to promote message of MWL and Shaykh-ul-Islam.

The meeting concluded with prayers and best wishes.