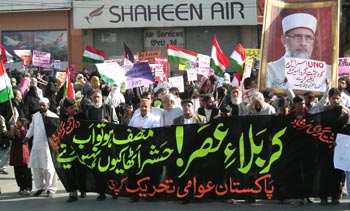 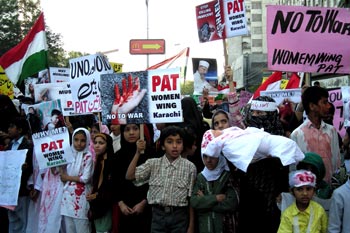 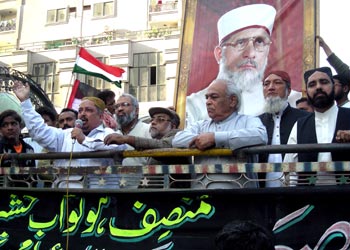 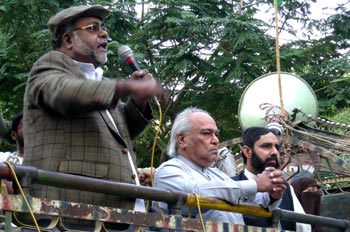 Attended by hundreds of people and workers of PAT and MQI, the protest demonstration started at Farvan Chowk. The participants were carrying placards and banners with anti-Israel slogans written on them. They also chanted slogans against the Israeli aggression. 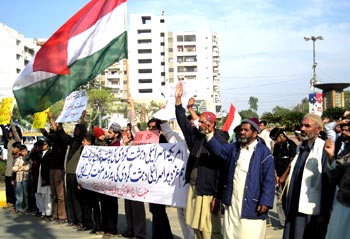 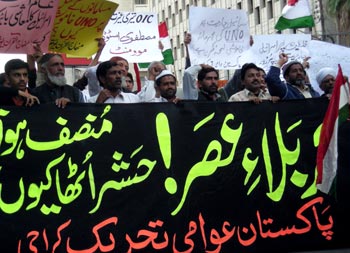 The central leaders termed the Israeli attacks as an open aggression against innocent Palestinians. They said the world had double standards when it came to the Muslims. When terror struck Mumbai, the whole world flew into rage but the massacre of more than one thousand innocent people including children and women went unnoticed. They also questioned the American inaction saying that it was trying to abet Israel by observing silence over this aggression. PAT and MQI leaders asked the UN, international institutions for conflict resolution and OIC to broker a ceasefire. The protest ended in front of the Press Club Karachi where a large number of media men from both local and international media were present to cover the demonstration. 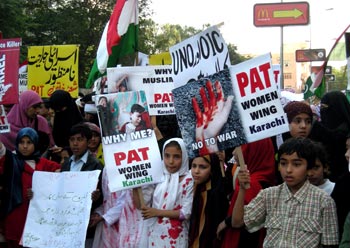 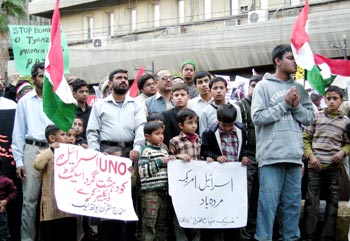 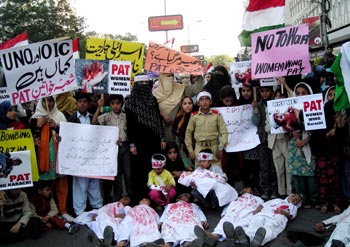 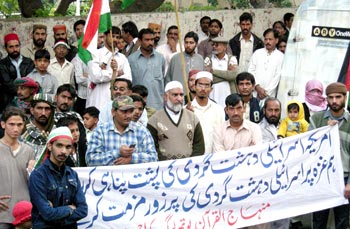