Fighting for rights of the poor is worship, not politics: Dr Tahir-ul-Qadri addresses International Spiritual Gathering

Pakistan Awami Tehreeek chief Dr Muhammad Tahir-ul-Qadri has said that the entire nation would have to rise against the rotten and oppressive system in the footprints of the Prophets. He said that the criminal silence and insensitivity of the UN, OIC, and the leaderships of the Muslim countries over the massacre of the Palestinians at the hands of brutal Israelis was condemnable. He said that more than 1000 innocent people had been killed and the streams of blood were flowing in Gaza where innocent men, women children including the elderly were being targeted. He said that international human rights organizations and the so-called human rights activists were maintaining criminal silence on the fast-deteriorating situation. He said that cruel rulers who were devoid of any sense of honour and who killed 14 innocent civilians in Model Town on June 17 would not talk about rights of the oppressed Palestinians and the Muslims.

Dr Qadri said that the Prophets waged a struggle against the oppressive, corrupt and exploitative system designed by the feudals, capitalists and moneyed classes of the society. He asked the entire nation to stand up against this iniquitous, exploitative, unjust, and rotten system because doing so would not be politics but part of worship. Citing references from the Holy Quran and the Hadith, he said that every Prophet who was sent to the world with the message of Monotheism negated and rejected the idol worshipping which also including political, economic and social idols. He said that these idols were exploiting the humanity and holding sway over them. He said that the oppressed would live the life of slaves and the entire society was based on injustice, corruption and oppression and the poor’s honour used to be disrespected. He said that the Prophets urged the poor to stand up against this system of oppression.

Dr Tahir-ul-Qadri said that every Prophet challenged the status quo and system of injustice of his times and the feudal, capitalists and powerful people of those times threw spanners in the works of their struggle. They were accused of being liars and conspiracy were hatched against them. He said that Hazrat Nooh (RA) challenged the oppressive system of the feudal lords; Hazrat Saleh (RA) announced to eliminate the corrupt, oppressive and exploitative system of the power-drunk rulers and Hazrat Shoaib (RA) waged a struggle for justice and urged his nation to disobey the cruel rulers for elimination of exploitation. He said that Hazrat Musa (RA) challenged Pharaoh of his times against bloodshed, and repression and the youth joined his struggle to change the fate of his people.

Citing references from Hadith, Dr Tahir-ul-Qadri said that helping a worried person out of his worry/grief was a superior worship to holy pilgrimage. He said that 18 million people were prey to barbarism, oppression, and political and economic terrorism, adding that cruel rulers had imposed themselves on the state and the society. He asked the nation to stand up to be rid of this exploitation, repression and corrupt system, adding that the people should wait for his call. He further said that the day when the date of revolution would be announced, everyone should come out and not stay at homes. He said that doing so was worship, not politicking. He said that the destiny of the people would not change unless they rose themselves to change it by fighting the oppressive, cruel and unjust order. 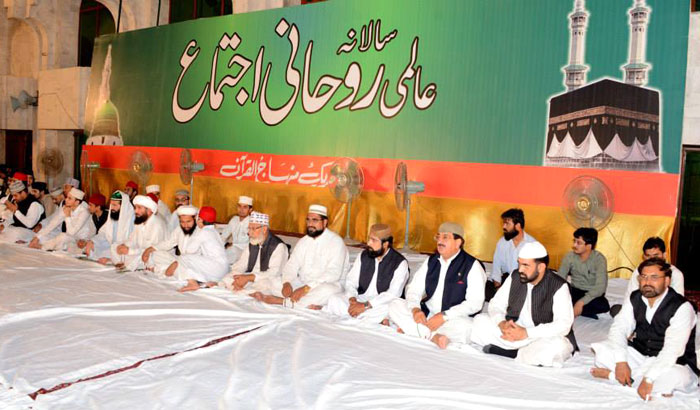 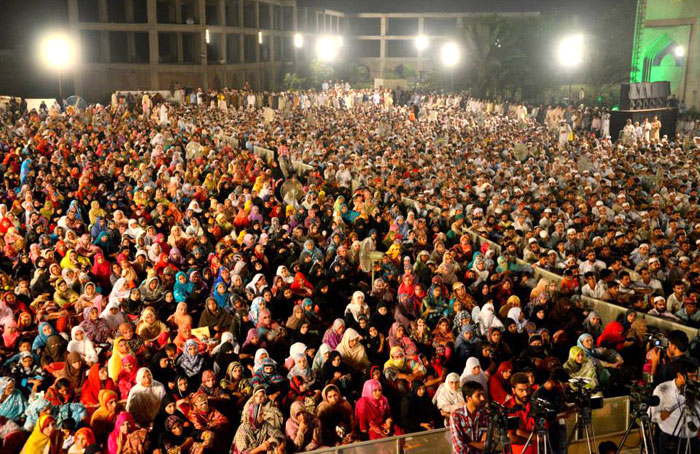 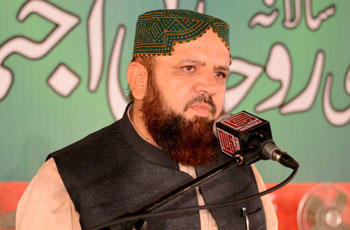 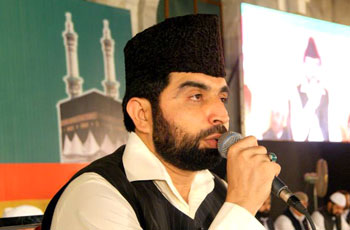 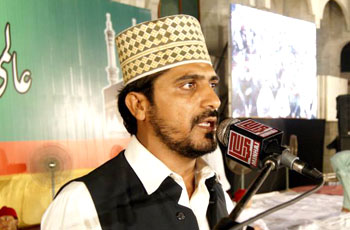 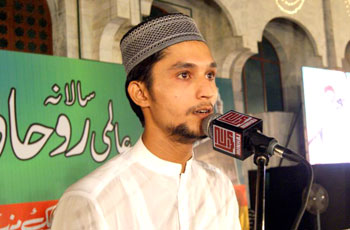 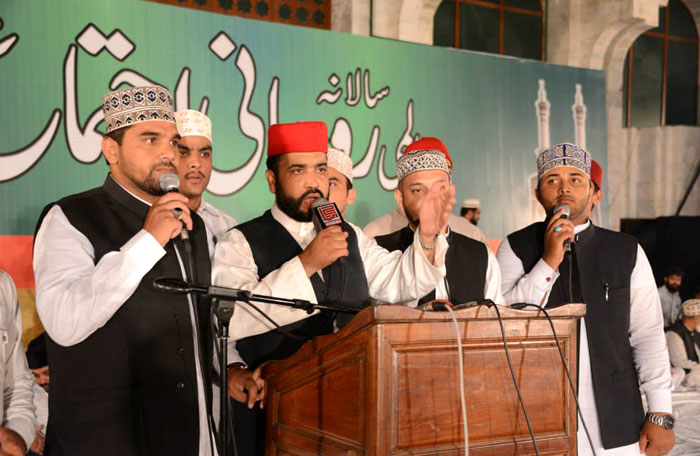 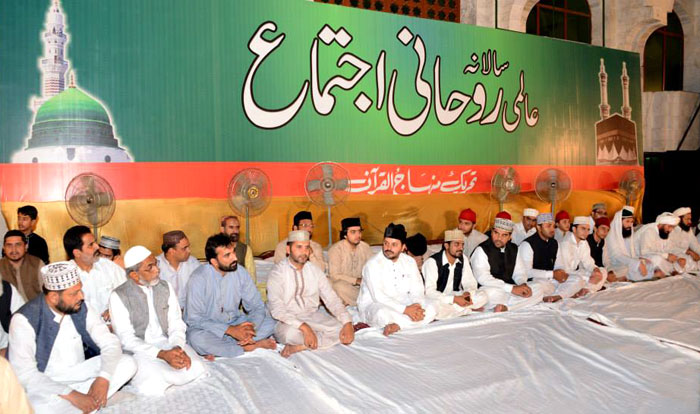 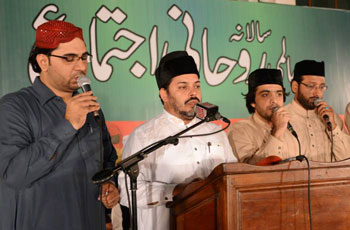 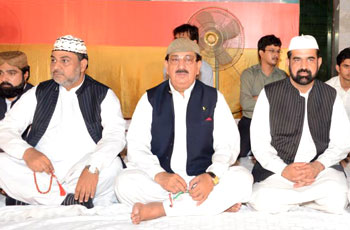 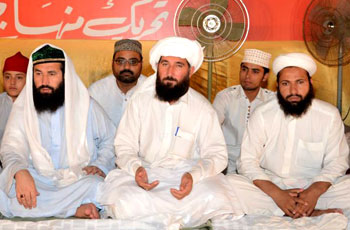 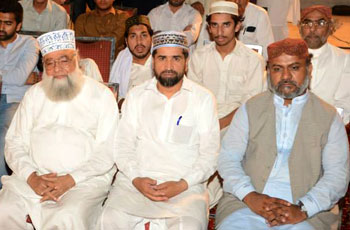 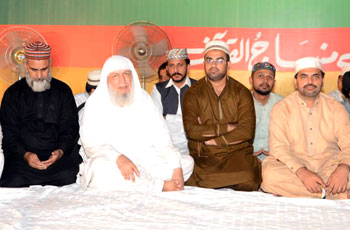 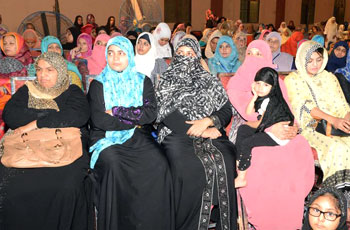 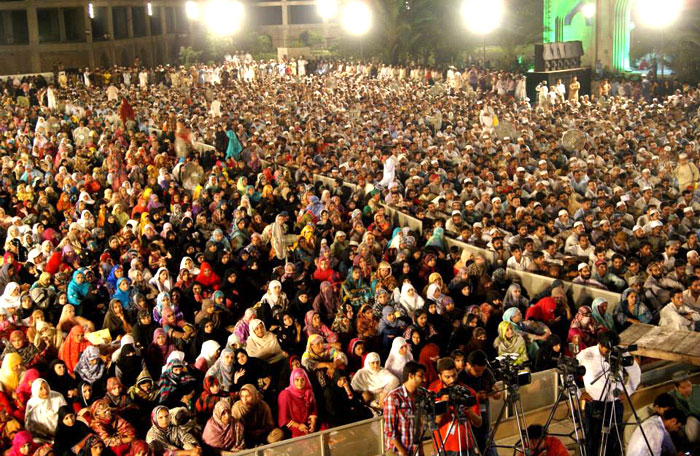 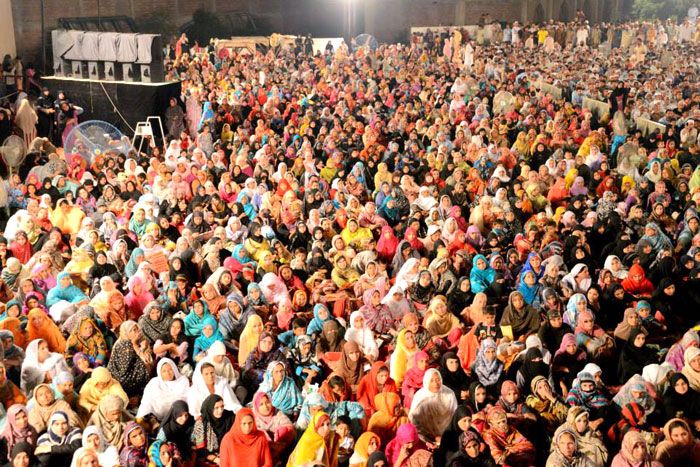