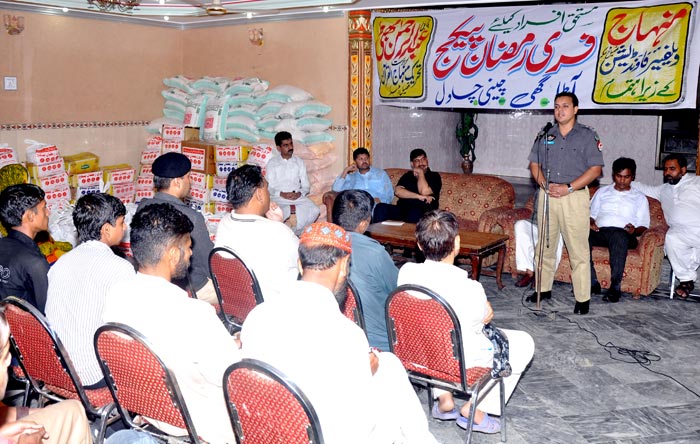 Free Ramadan package was distributed among the deserving 200 families in Tehsil Daska under the banner of Minhaj Welfare Foundation. The package included 20 kg flour bag, 5 kg sugar, 5 kg ghee, 5 kg rice, and other necessities of life.

Presenting the welcome address, president of MQI Aslam Qadri thanked the respected guests on their participation in the program. He said that Minhaj Welfare Foundation has been engaged in welfare activities aimed at helping the poor and needy sections of society throughout the country. He said that it has undertaken both inland and oversees welfare operations in case of natural calamities. He told the audience that it is already in the forefront of relief and rescue efforts in the present floods on the special instructions of Shaykh-ul-Islam Dr Muhammad Tahir-ul-Qadri. 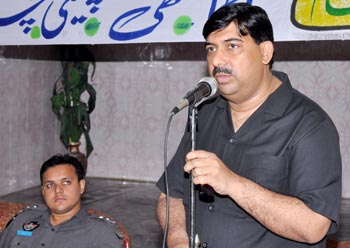 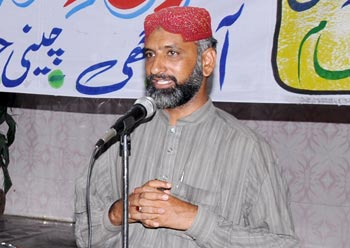 Speaking on the occasion, Secretary General of MQI Daska Muhammad Allah Rakha Qadri said that it has been a tradition of MQI Daska that it distributes Ramadan package among the needy families on the advent of the holy month to ease the financial cost. He said that this step of MWF was aimed at eliminating gaps in the society. Although these initiatives could not alleviate poverty, yet we are playing our due role in contributing to the sacred cause in accordance with our capacity.

Safdar Ali Butt said that MWF has been undertaking similar activities in the past but it is for the first time that a ceremony has been held to attract other philanthropists and affluent individuals to come forward and contribute their bit to this sacred mission.

ASP Daska Dr Saeed Ahmad Khan congratulated the leaders of MWF Daska on holding a welfare programme. He said that hard work is required to eliminate poverty and discrimination in the society and initiatives like these need to be projected and replicated across the country to give the deserving people much needed breathing space.

Haji Ghulam Mustafa Tahir said that we offer tribute to our leader Dr Muhammad Tahir-ul-Qadri who motivated people to undertake welfare work and spend on the people for the pleasure of Allah. He said that these activities would continue to take place even in future. 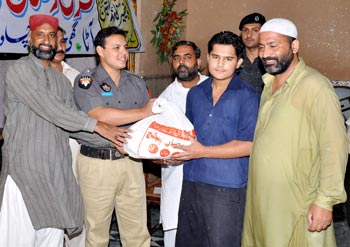 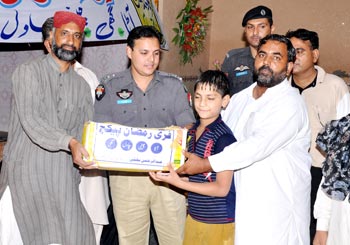 PPP leader Qari Zulifkar Ali said that Benazir Bhutto Shaheed was the life member of MQI and her mission was also the welfare of the downtrodden sections of society. He said that such works of MQI brought a sigh of relief on the faces of the hike-stricken people and these should be promoted at a wider level. He said that the credit for such healthy activities in society went to Shaykh-ul-Islam Dr Muhammad Tahir-ul-Qadri who has fostered a feeling and passion among his followers to serve humanity.

At the end, respected guests distributed the relief package among the families and the ceremony ended on Dua.