Minhaj-ul-Quran Women League Bradford had the pleasure of organising a Mawlid mehfil at Ghausia masjid in Leeds. The success of this mehfil was immense with 2 guest speaker’s sister Sabah Fatima Mash’hadi (London) and Sister Shamim (Manchester). 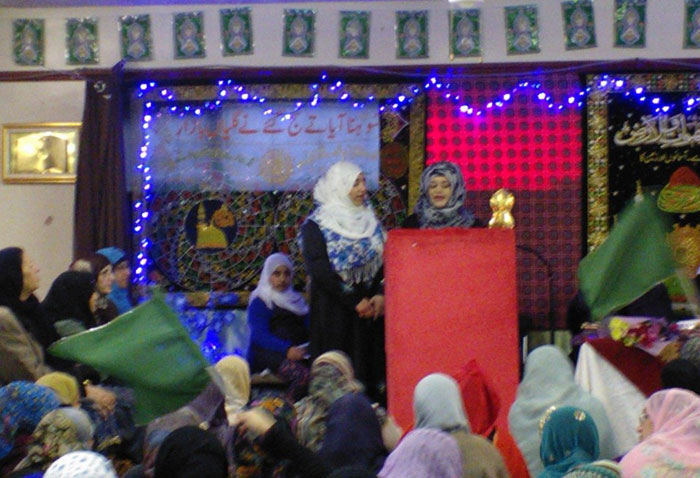 On Sunday 26th of January Minhaj-ul-Quran Women League Bradford organised to 2 mini buses and a handful of cars to make their way together to Ghausia masjid Armley in Leeds. Upon reaching there everyone was warmly greeted by the women organisers of the masjid. The mehfil started at 11:30. Sister Rubina first welcomed and thanked the members of Ghausia masjid for inviting the MWL Bradford team to organise this Mawlid. Sister Fatima a young child was given the blessed opportunity to recite the Quran. After recitation of the Holy Quran, hamds, manqabats and naats were recited by Sister Fazilat, Sister Rubina, Sister Rukhsana, Sister Fatima, Sister Shanaz, Sister Rehana, and Sister Safiya. After this the muezzin called out the azan and jammat for Zhuhr salaah was started at 1pm. At the end of the salaah the men congratulated the MWL Bradford for organising this mehfil requested them to come more regularly. They also stated that they would be donating an umrah ticket for the next mehfil MWL Bradford held at Ghausia masjid Leeds. The mehfil resumed after Salah by which sister Shamim had arrived and was allocated time for her speech. Sister Shamim from Manchester was amongst the guest speakers of the program. She addressed the gathering in English so that she could accommodate for those who could not understand Urdu. Sister Shamim gave a background into who she is and how she became a part of Minhaj-ul-Quran International. She then engaged the audience by asking them what problems they face on a daily basis and what they feel is the solution to their problems. Sister Shamim went on to talk about that the perfect believer is the one whose character is fine. It is a constant battle within one self to purify and stay away from the sins of this world. This was linked on to the hadith of the Prophet Muhammad (saw): 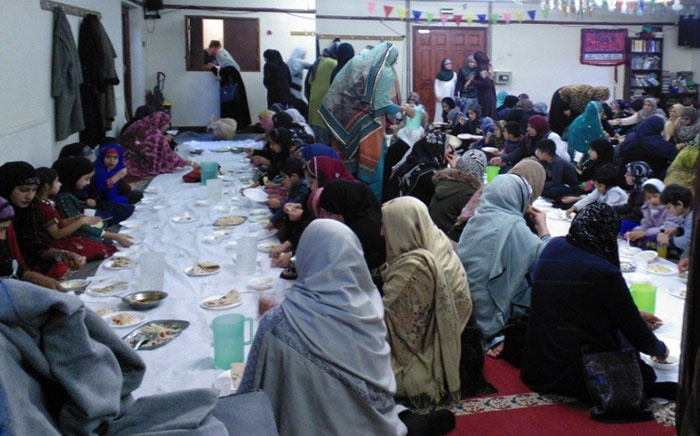 Sister Shamim continued, that the love of the Prophet Muhammad (SAW) was the best of all loves as it teaches us to become good Muslims and brings us closer to Allah. As whatever the Prophet loves we should love and whatever he prohibits us from we should stay away from it. This lead on to inviting the women to join Minhaj-ul-Quran International becoming part of a network that teaches the love of the Prophet Muhammad (SAW). Sister Shamim stated that we should keep small amounts of money aside every month to buy books and CD’s of Shaykh-ul-Islam Dr Muhammad Tahir-ul-Qadri. It is this education and knowledge that will help us in the Akhirah, hence the importance of linking yourself to a spiritual teacher like Shaykh-ul-Islam Dr Muhammad Tahir-ul-Qadri. She continued her speech to state that the Prophet Muhammad (SAW) used to cry and spend nights crying saying ‘ummati ummati’. Our Prophet Muhammad (SAW) loved us so much can we not give him anything back? The disbelievers of that time came towards Islam due to the character of Prophet Muhammad (SAW) and not by his words. They saw the way he walked, sat, ate and treated the people. Even so much so that he used to be insulted and hurt but he never said anything in return that would harm them instead he would do dua for them, that Allah may guide them. Sister Shamim concluded her talk by encouraging people to polish their character and join the journey of Minhaj-ul-Quran. Sister Rubina recited the following verse of the Quran: The verse states that Allah has told the mankind to rejoice on the arrival of Muhammad (saw) because had it not been for him we would not be here in this world. All the blessing that we have and will be given on the day of judgement is due to the Muhammad (saw) hence his celebration is compulsory upon us. The biggest blessing which Allah has given to us is the holy Prophet Muhammad (saw) all our wealth children everything that we own is nothing compared to the prophet so why should we not rejoice? 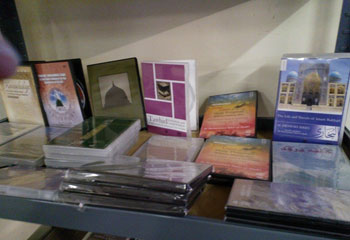 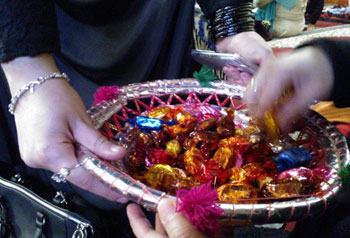 Sister Sabah Fatimah began by congratulating all organisers and thanked everyone for the warm invitation. She then narrated the hadith in which the Holy Prophet (SAW) stated that my brothers are those who will come after me and will never have seen me, but their love for me will be so much that they will be ready to sacrifice everything just for one glance of me. Hazrat Bilal Habshi (RA) used to give the azaan while all the sahabah would gather in the masjid waiting for the Holy Prophet to arrive. Hazrat Bilal Habshi R. A. would then hide so that no one could see him, but he could see the house of Prophet Muhammad (SAW). Why would he do this? Because he wanted to be the first to see the Prophet Muhammad (SAW). It is this love that we should be striving for. All these bounties are due to the Prophet Muhammad (SAW). The program was concluded with dua, and the gathering and organisers were congratulated and praised for arranging such a major event which was well-managed and well-conducted. The gathering was also informed that the gathering was the biggest ever seen in this centre. After the dua, sister Sabah introduced the audience to join and acquire membership with Minhaj-ul-Quran International. The program concluded with salutations on the Holy Prophet recited by Sister Rukhsana. Food was served at the end of the program.