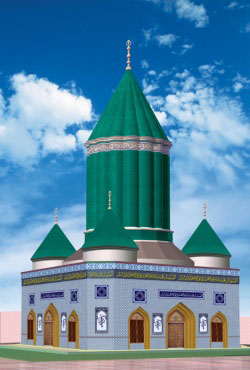 On the 29th October 2015 Minhaj-ul-Quran Women League (Nottingham) held its weekly Halqa e Durood in West Bridgford at the home of Sister Shahnaz. The Halqa commenced with a very peaceful recitation from The Glorious Quran by Sister Salma Rafiq. This was followed by listening to Shaykh-ul-Islam Dr Muhammed Tahir-ul-Qadri’s speech on love of the Prophet’s Household and Remembrance of Imam Hussain (AS). Sister Kausar gave a speech on Hazarat Imam Hussain (AS) from the book we are studying ‘Shahadat Imam Hussain’.

Welfare Projects (Water Pumps & Wells) were promoted on the occasion. A special appeal was made for the relief of earthquake-hit people in Pakistan. The programme concluded with Salaam and Dua by Sister Kausar.

On the 31st October Minhaj Women League, Nottingham, held its weekly West Bridgford Halqa-e-Durood at the home of Sister Fakhra. The Halqa commenced with the recitation of The Glorious Quran by sister Salma. This was followed by an excerpt of Shaykh-ul-Islam Dr Tahir-ul-Qadri’s speech.

The salient points of Shaykh-ul-Islam Dr Tahir-ul-Qadri’s lecture are as follows: firstly any Quranic verse that is read and explained must be joined to the previous verse. This ensures that it is fully understood in the correct context. Secondly Dr Tahir-ul-Qadri impressed upon us the importance of our Prophet (PBUH) to Allah. This is substantiated in the Holy Quran as the verses relating to our Beloved Prophet Muhammad (PBUH) and those relating to Muslims are entirely separate. Our Beloved Prophet (PBUH) is not an ordinary Muslim. In consequence Allah (SWT) has raised in status any entity that is beloved to the Prophet (PBUH). Thus the city of Medina is superior to even Mecca. If even a tree falls in Medina, our beloved Prophet (PBUH) feels that pain. Anyone who even holds a bad intention for Medina in his mind will face a painful punishment in the Hereafter. Thus we can comprehend how the Shahadat of Imam Hussain caused immense torment to our Beloved Prophet (PBUH). It is to be noted that although no individual can inflict torture on Allah, Allah has linked Himself to any pain that the Prophet (PBUH) feels.

The Halqa continued with a talk by Sister Kausar from the book we are studying ‘Shahadat Imam Hussain’ by Shaykh-ul-Islam Dr Tahir-ul-Qadri. The incident of Karbala provided us with many lessons. It highlighted the bravery and patience of Imam Hussain (AS).

Next the congregated sisters recited Qasseda Burda Sharif, Dhiker and Salaam. A heart felt Dua was recited by Sister Kausar. Finally, an appeal for donations for the MWF earthquake, Water Pumps & Wells fund was made. Alhamdulillah, the Halqa was a great success as many non-members attended with great enthusiasm.