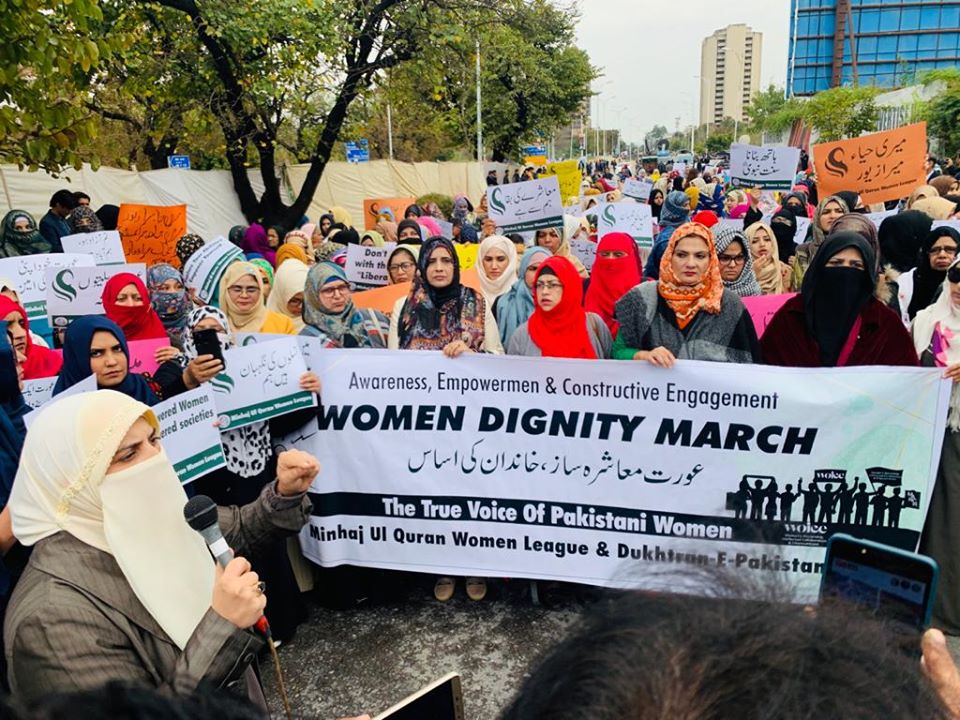 Women of all age groups including kids joined the march in large numbers. With grace and dignity, the marchers spoke for their rights and upheld their sanctity by raising beautiful slogans based on the moderate vision of empowerment. They endorsed a "cooperation" model with men and rejected the narratives that bring them in competition with women.

The sisters today redefined the term 'women empowerment' and presented their narrative, thus effectively becoming the true voice of Pakistani women. Civil society and women from different political and religious organizations became part of this March and categorically rejected the unethical narrative aimed at promoting the faultlines in our society.

President MWL Pakistan Farah Naz addressed the Women Dignity March and explained what exactly empowerment means. A woman is empowered when she proudly upholds her grace, dignity, and sanctity, she said. She focused on raising awareness among the women by making them realize their esteemed status and the role she can play in building a progressive, peaceful and harmonious nation. 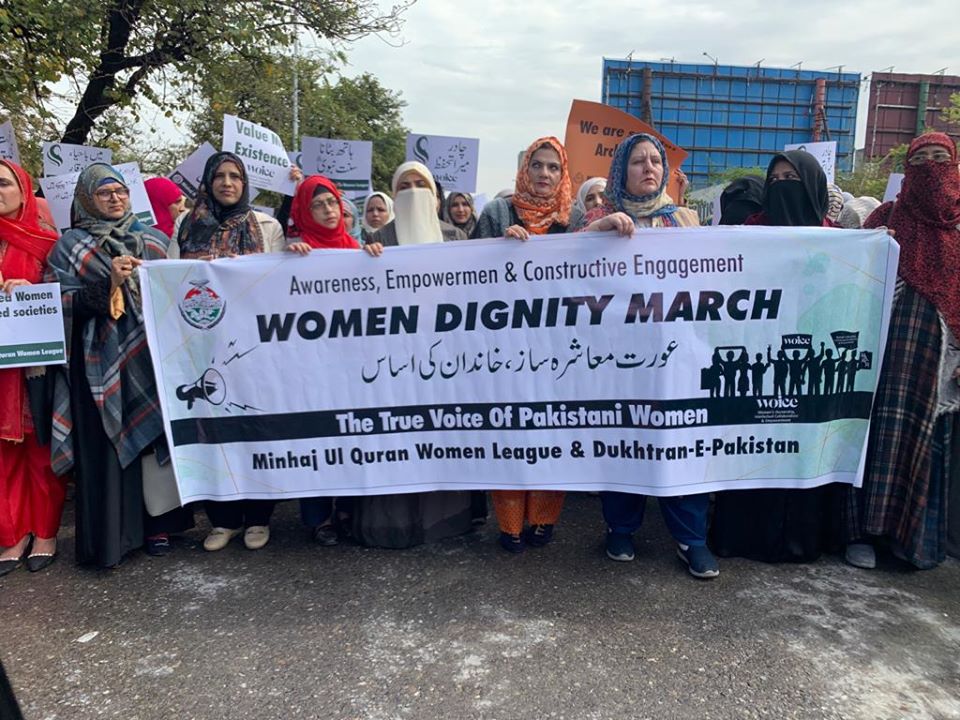 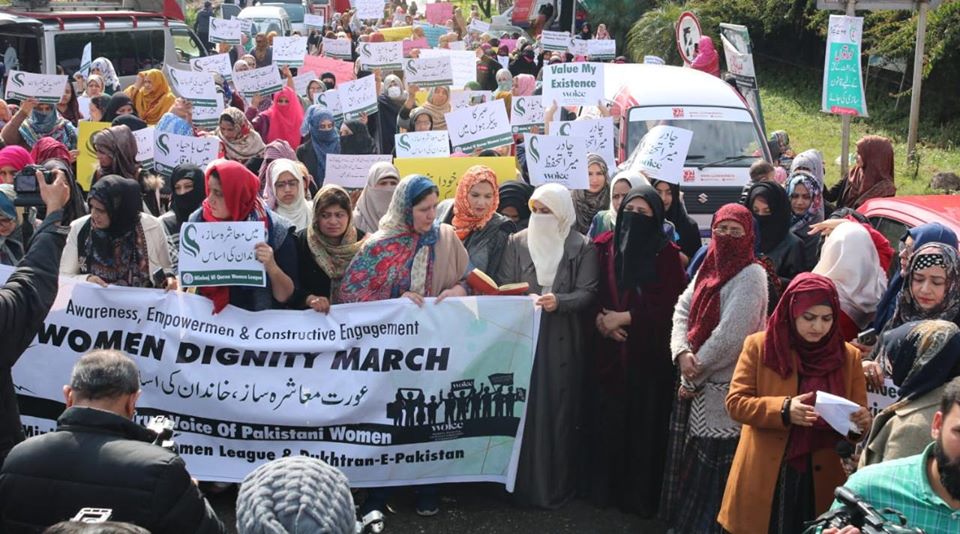 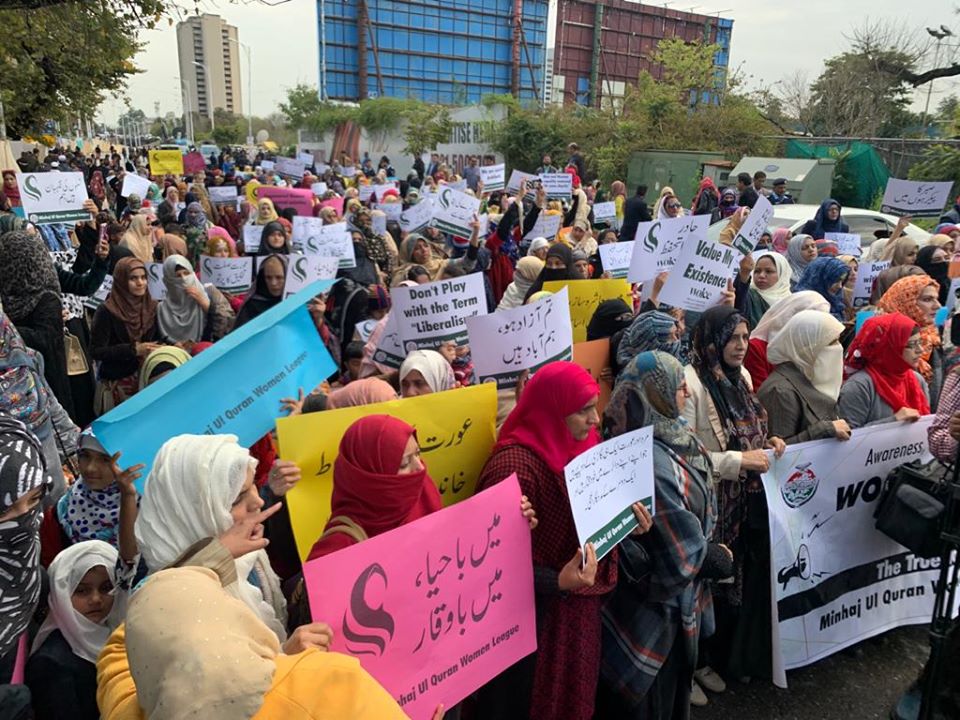 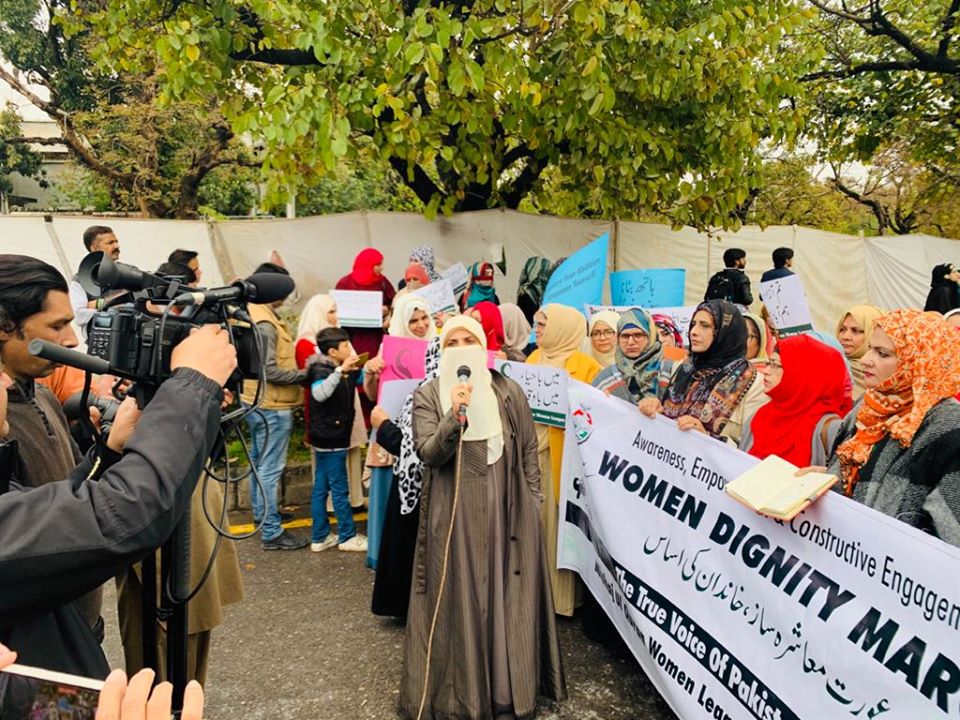 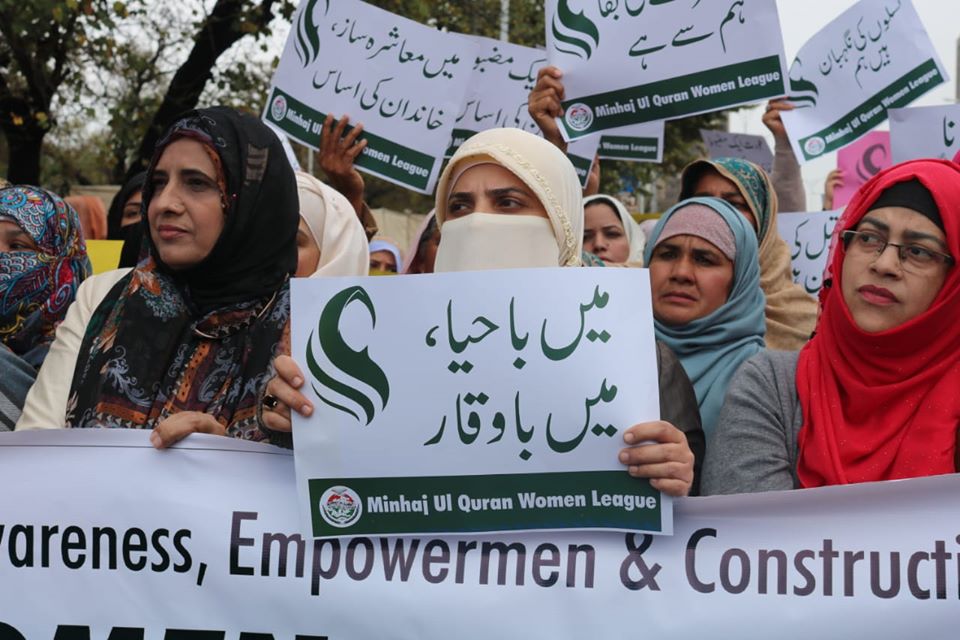 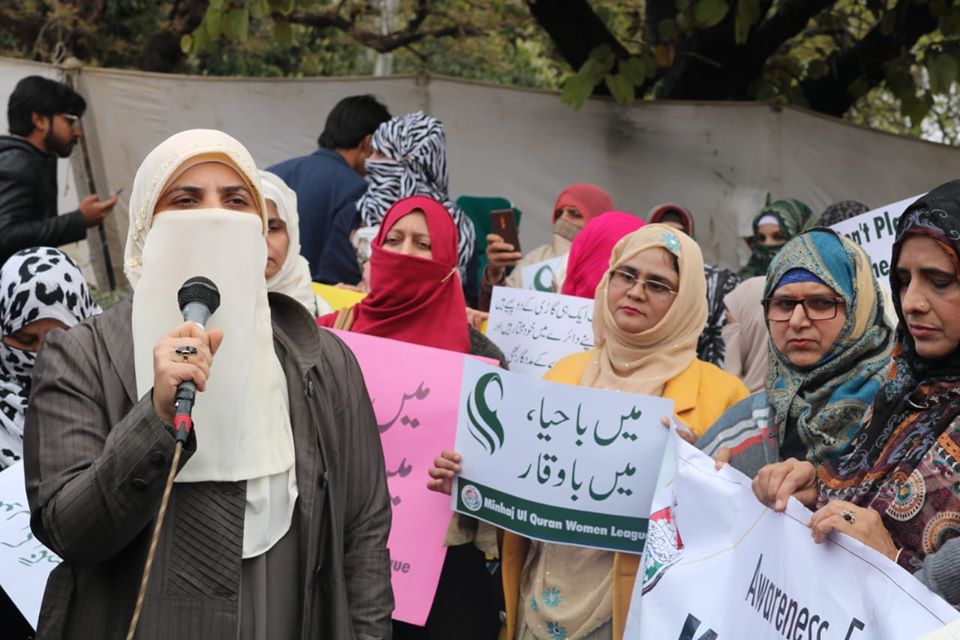 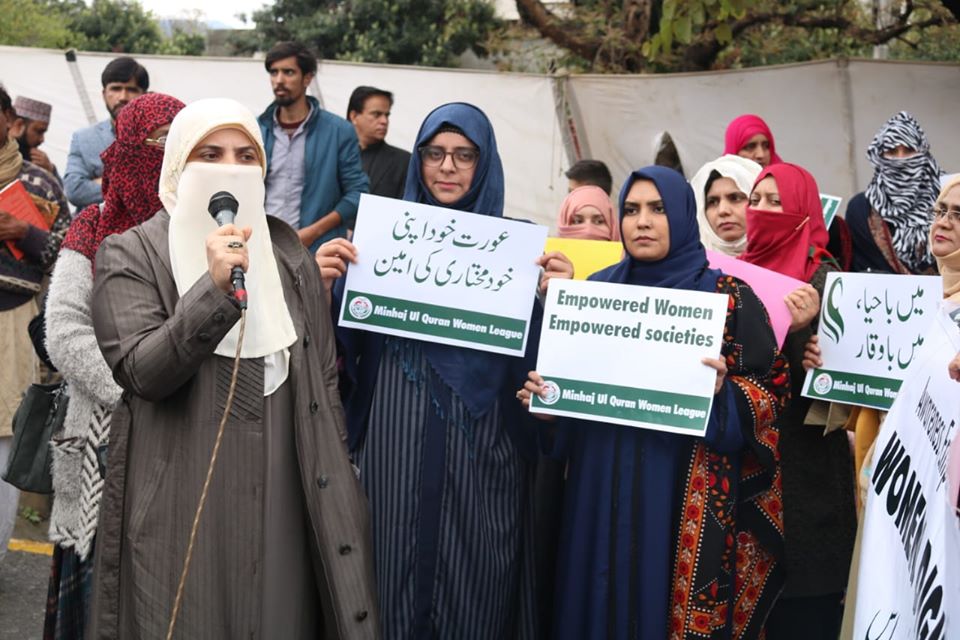 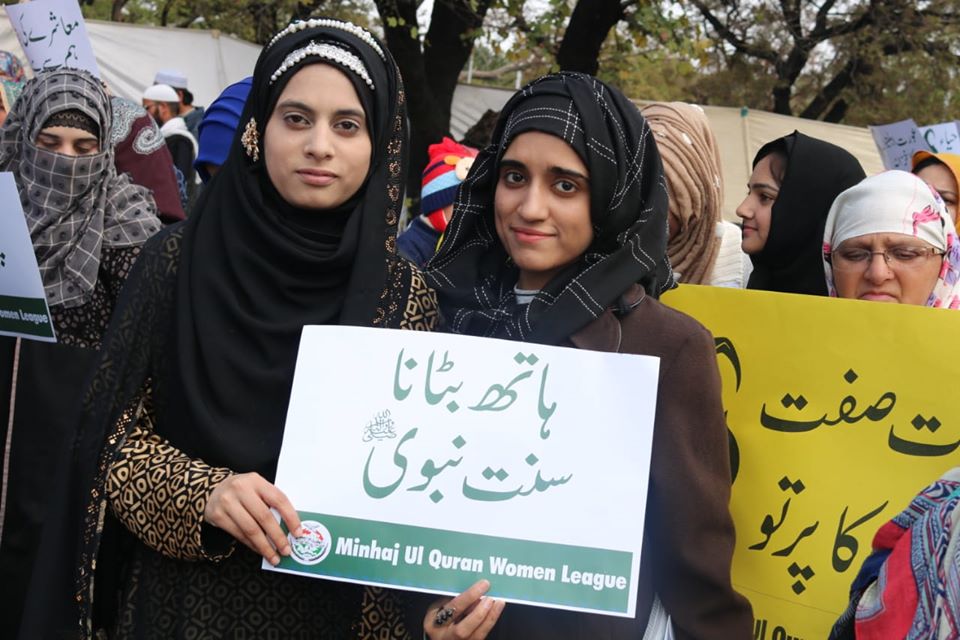