Women Summit held under the banner of MWL

The 8th March is celebrated as the International Day of Women across the world. To celebrate this day, Minhaj-ul-Quran Women League organized a Women Summit 2020 at National Press Club Islamabad.

The Women Summit started with the recitation of the Holy Quran followed by Naat-e-Rasool (PBUH). Women representatives from across the country became the true voice of Pakistani women.

Women representative leaders from civil society and notable dignitaries including Dr. Maliha, Dr. Fouzia, Shehla Khan Niazi and Farkhanda Jabeen were present during the summit. They shared their views and highly appreciated the moderate vision presented by Minhaj-ul-Quran Women League.

Samina Yasmeen, General Secretary MWL Islamabad, gave a welcome note at the Summit which was proceeded by speeches from Dr. Shahida Noumani and Razia Naveed.

President MWL Pakistan Farah Naz clearly stated the concepts of "Women Empowerment" and the term "feminism". She presented the joint declaration during the summit which was acknowledged and endorsed by the participants. 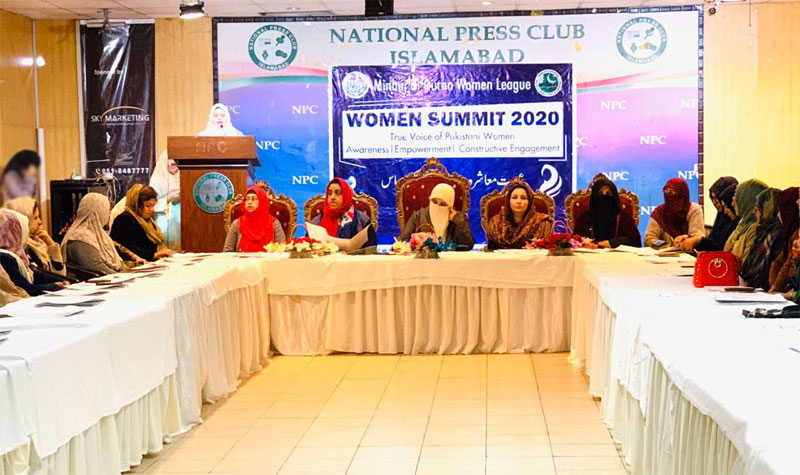 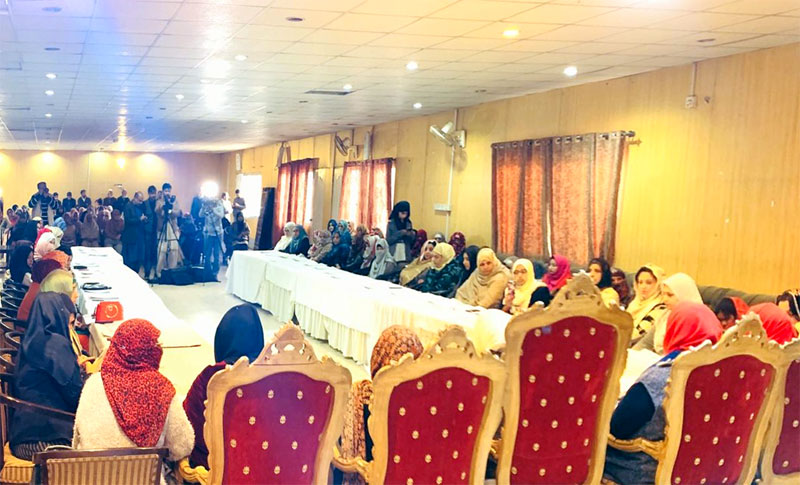