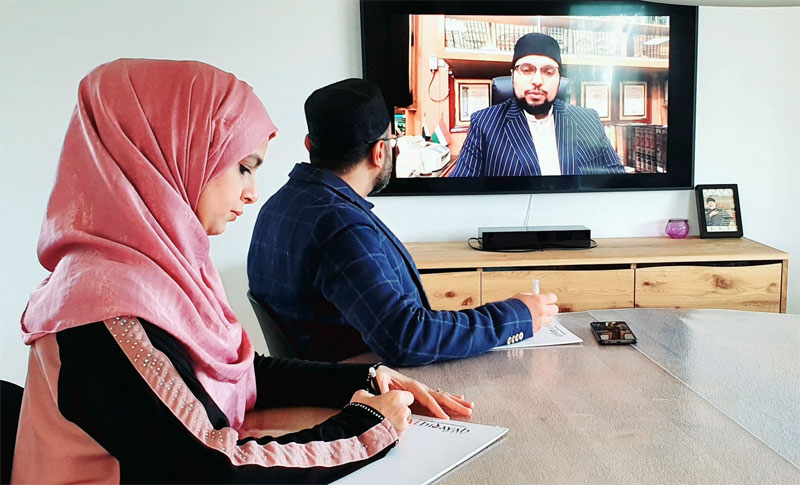 President MQI Dr. Hussain Mohi-ud-Din Qadri addressed the closing session of 8-weeks Al-Nasiha Series today in a live session at 3 pm . Al-Nasiha series is a project of Minhaj-ul-Quran Women League which includes 8 lecture series on the theme of strengthening family units. The series was exclusively for a batch of 100 families who were focused for this first round and new round will be announced soon.

Mrs. Fizzah Hussain Qadri held first seven sessions each on a new dimension of marital couselling, family bonding and family values. The closing session today was presided by President MQI Dr. Hussain Mohi-ud-Din Qadri and the session was attended by both male and female heads of the family.

The subject of the topic was chosen considering the dire need of this normally unaddressed subject. Topic entitled as 'Roles and Responsbilities of Men in Strengthening Family Units' covered many pertinent question that what is the role of father in parenting of a child? What are the due responsibilities of husband and wife towards each other in a marital relation? How husband-wife relation impact the upbringing of their children? And he also covered the techniques of parenting in the upbringing of their children.

He outlined key areas which determines the relation between wife and husband in which he explicated that 'Care' for the other, either husband or wife is an important and binding element of this relation. 'Respect' he explained is not only important but a diverse concept which includes respect for others viewpoint, personality difference, in normal dealings, and likes and dislikes. He pointed out that each one has to understand other's personality and to avoid any conflictual situation, give your spouse a reasonable space so things can turn towards a better outcome.

While stating that the husband-wife relation has impact on the personality development and psychological development of kids, so he emphasized that being parents, both have a greater responsibility in this regard. Any matter that is a constant cause of disturbance must be sorted out in a reasonable manner by negotiating with each other, or else it will distance both of them.

In this important session, Dr. Hussain said that evolution is natural and it occurs and must be understood by all. The evolution normally result in changing priorities, likes and dislikes which can result in distancing. So, to ensure and strengthen the relation, both must keep themselves updated with the likes and dislikes of other so they feel more compatible and evolve togather. Such understanding behavior will not only strengthen their relation but will have impact on a positive development of their children.

He also addressed the basic cause of conflict ; anger. He emphasized upon 'anger management' to be understood as a crucial matter which otherwise can lead to major issues. Towards the end, he addressed the asked questions in detail.

Dr. Hussain greatly appreciated team Minhaj-ul-Quran Women League Pakistan for organizing this really important series and also appraised the initiative of online Aitekaf for women by MWL and for kids by Eagers department. 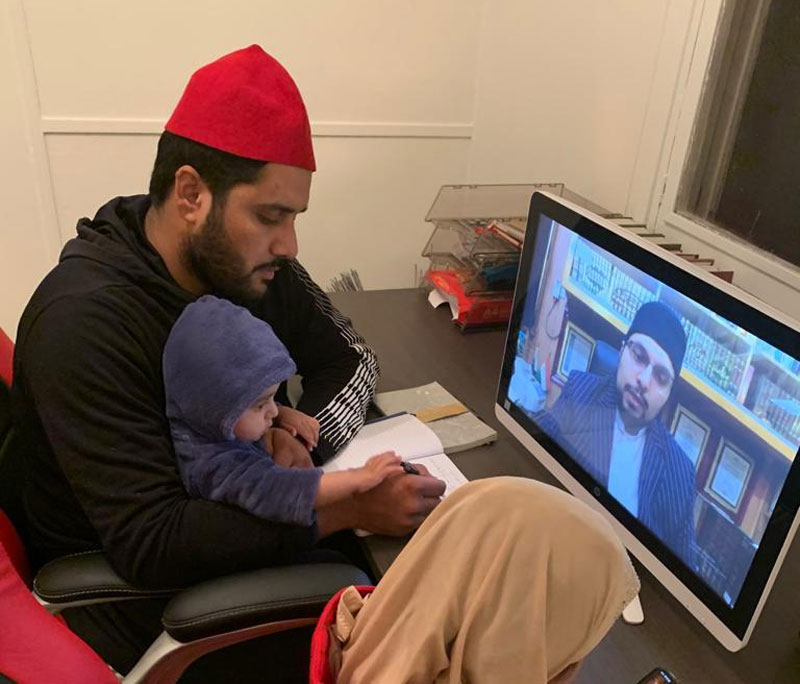 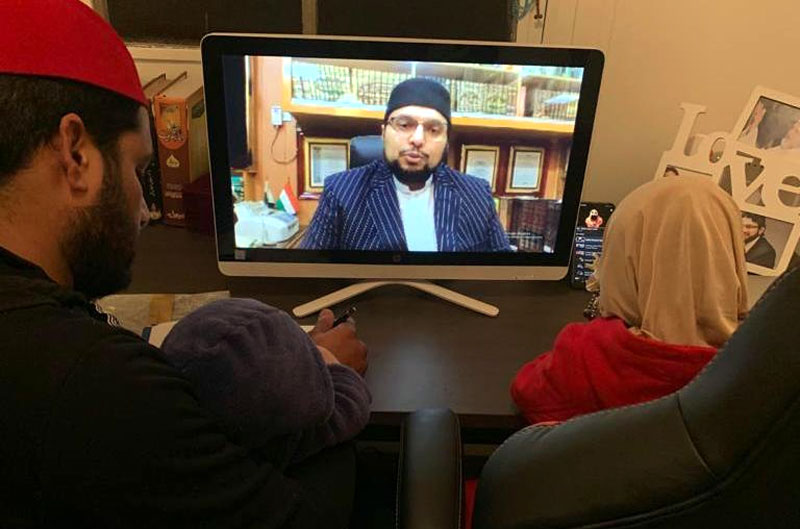 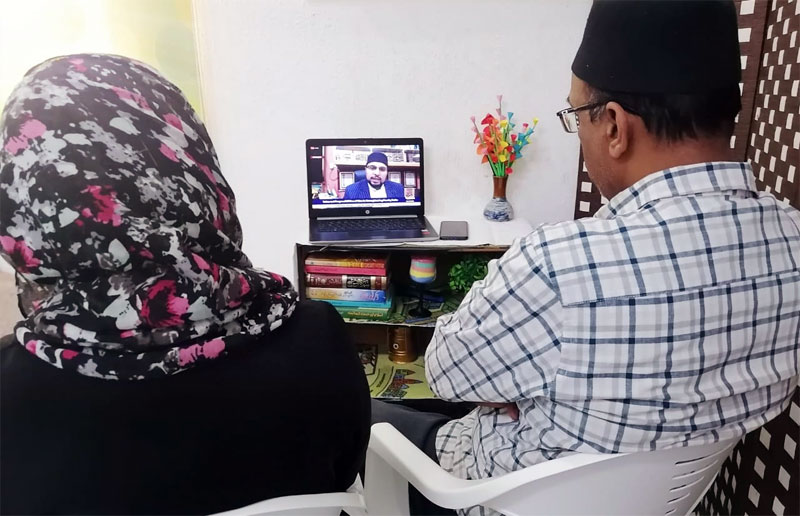 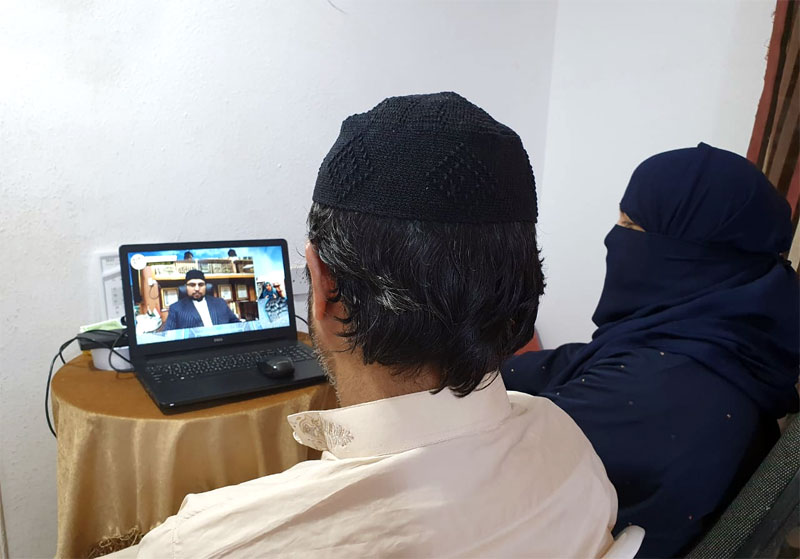 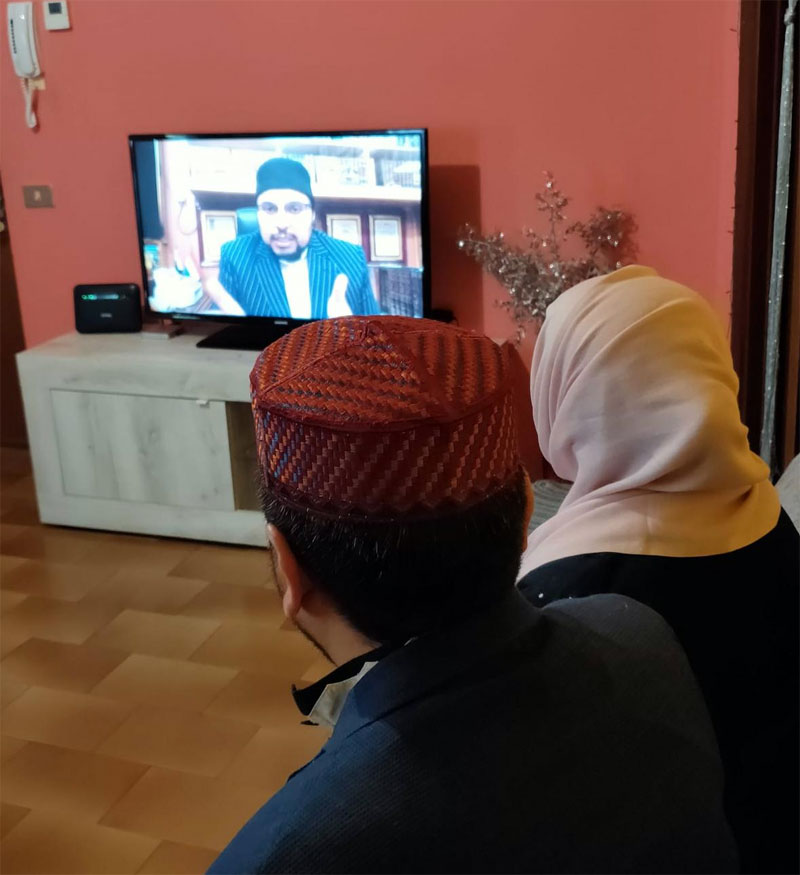