Minhaj-ul-Quran Women League Arifwala organized a Mawlid Conference in which Central General Secretary MWL Ms Sidra Karamat delivered a keynote lecture on the topic "Love for Holy Prophet Muhammad PBUH". She said : "Hub e Mustafa (pbuh) is the condition of faith for a Muslim. One's Faith could not be completed in anyway until one do not love Holy Prophet Muhammad (pbuh) more than anyone and anything. Loving the Prophet leads us to observing his beautiful teachings." 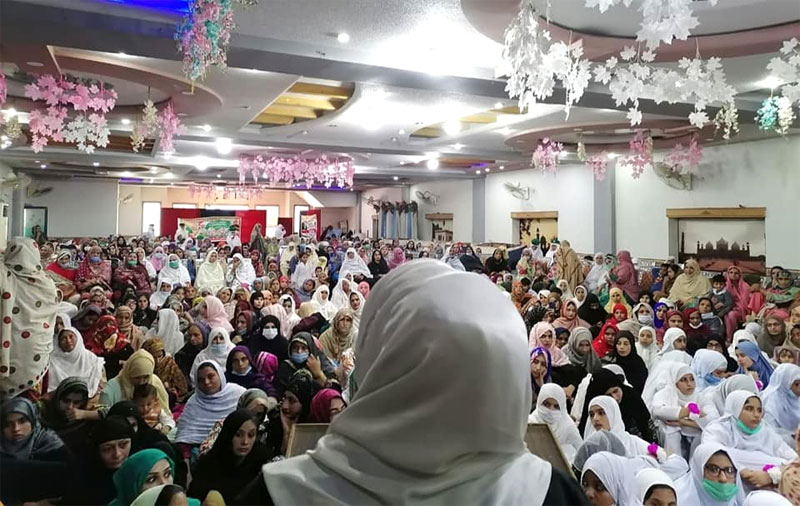